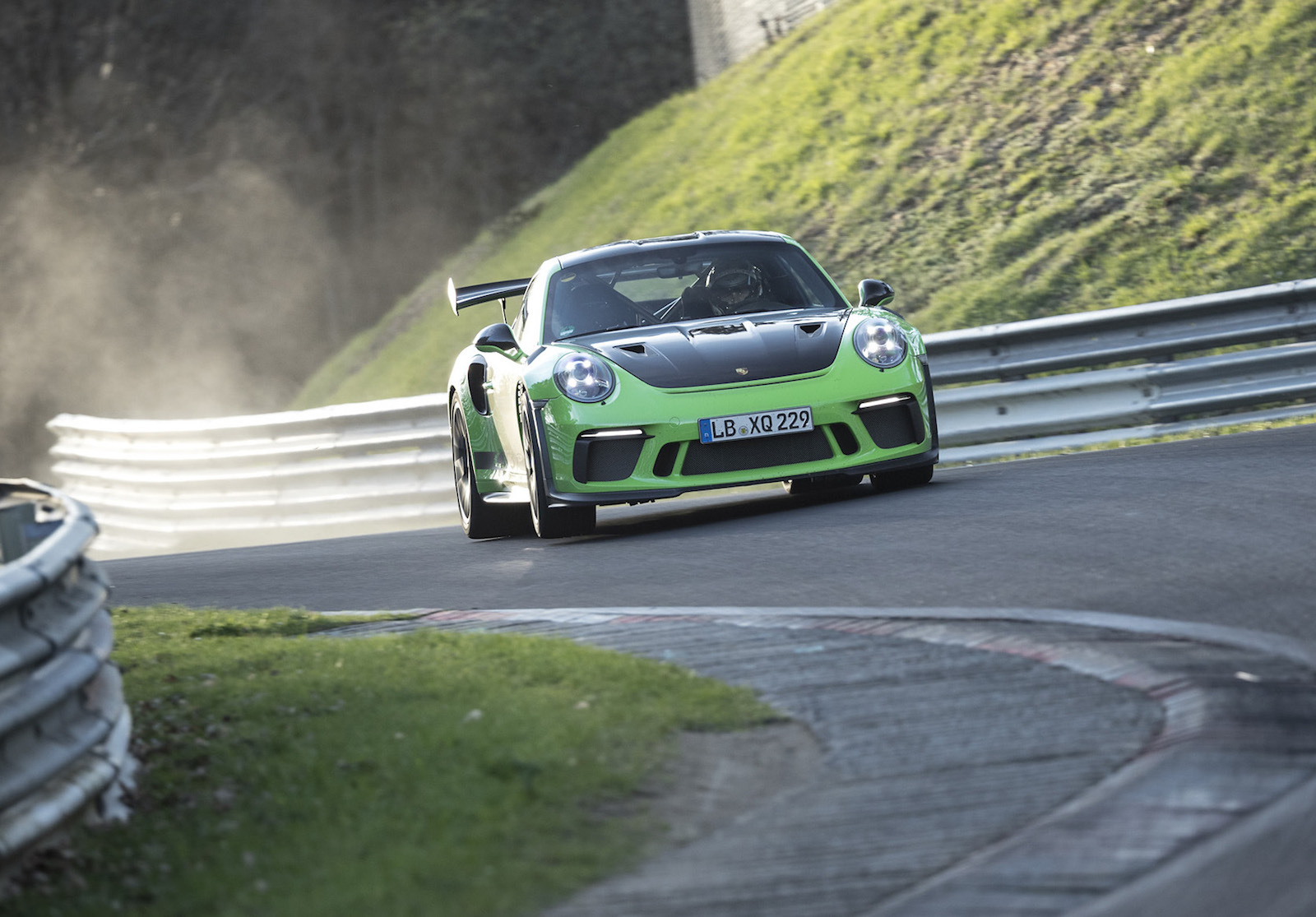 The new Porsche 911 GT3 RS has set a blistering lap around the Nurburgring, stopping the clock in just 6:56.4. This is one of the quickest times for a production car. 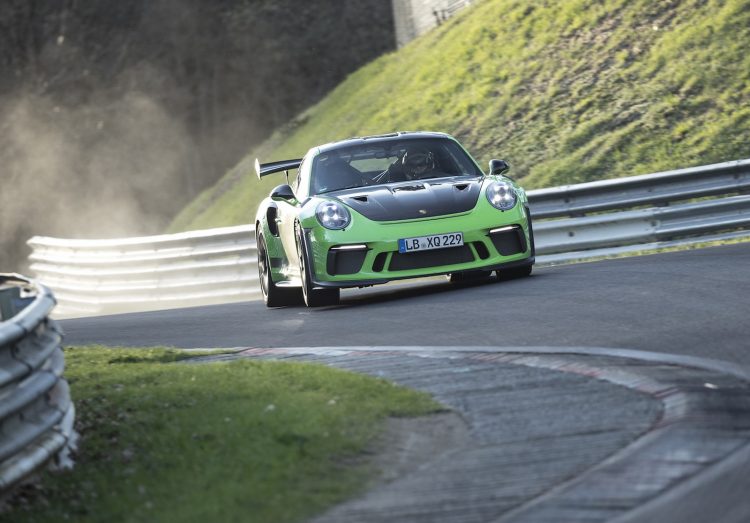 Porsche works driver Kevin Estre piloted the cracking lap, with development driver Lars Kern also sharing some of the driving. Four lap times were taken from each driver, and all we under the seven-minute mark. Frank Steffen Walliser, Vice President Motorsport and GT Cars, commented;

“No other Porsche model gets as close to racing as the new GT3 RS. Many innovative ideas from top-level motorsport were transferred; for example, from the 911 GT3 R. This is what our philosophy for GT models is about: Highest technology must be fascinating but tangible. In this regard there is no harder test for our ideas than the Nordschleife.”

The quickest lap was undertaken at 11:40am in ideal conditions, at 14 degrees Celsius, and a track temp of 18 degrees. The car wore Michelin Pilot Sport Cup 2 R tyres, which are completely road legal in Europe and the US, measuring 265/35 on the front and 325/30 on the rear.

As per the factory car, the GT3 RS used for the lap featured the 4.0-litre naturally aspirated flat-six engine producing 383kW. It’s able to clock 0-100km/h in just 3.2 seconds, with a top speed of 312km/h. Speaking about the lap, Andreas Preuninger, director of the GT model line at Porsche, said:

“A perfectly composed overall system allows for highly dynamic performance even with a relatively modest engine power. For a driver, each of the car’s thousands of parts have to feel like one – that’s an unbeatable strength of the GT3 RS. And what especially delights me is how much fun Lars and Kévin had when driving that car.”

To put the lap time into perspective, the record for a production car at the circuit was set by its bigger brother, the Porsche 911 GT2 RS. It’s twin-turbo engine propelled the car around the track in 6:47 late last year. The Porsche 918 Spyder has also clocked at lap in 6:57. Check out the full lap video below of the recent achievement.