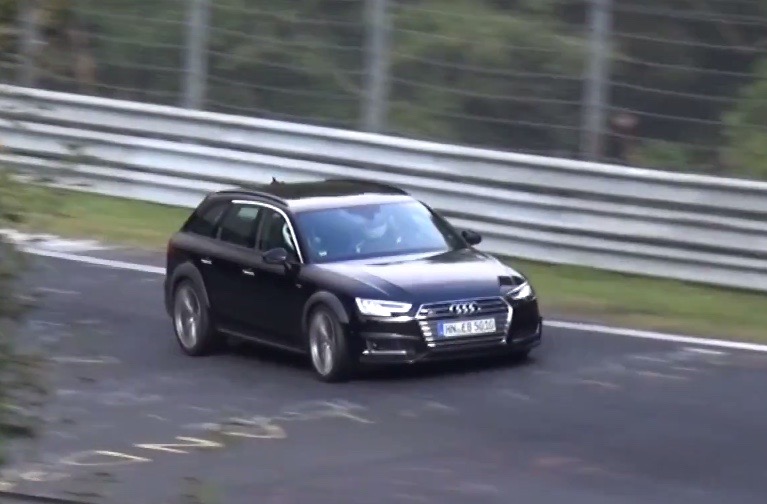 Audi has been spotted test driving a prototype version of the next RS 4 Avant performance wagon out on the Nurburgring, based on the B9-generation A4 launched in 2015. 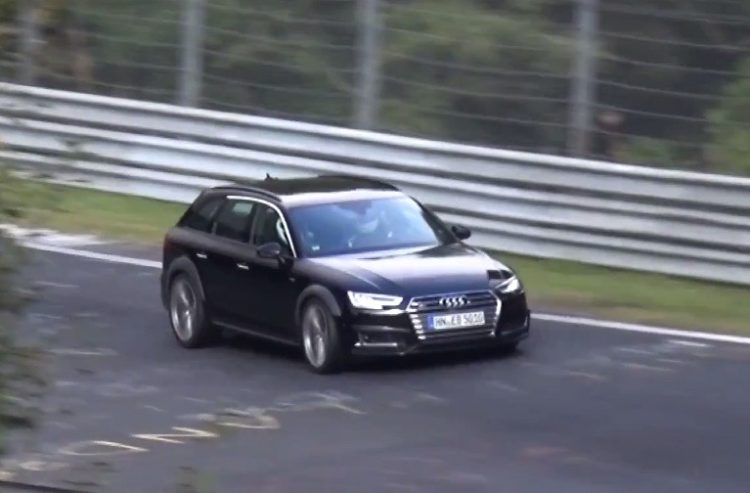 Keen-eyed viewers will notice this prototype is actually wearing an ‘S4’ badge. A close look behind the big wheels also show some pretty small brakes that do without the usual cross-drilled discs.

Despite these clues (decoys?), it’s believed this prototype is actually an RS 4 underneath. The pumped wheel arches and large alloy wheels taken from the previous RS 4 do send off plenty of indication, along with the quad-outlet exhausts.

Aside from the mystery of the prototype, concrete details on the next RS 4 are pretty scarce at the moment. However, it is expected to drop the 4.2-litre naturally aspirated V8 and instead introduce a new 2.9-litre twin-turbo V6. Such an engine already exists within Volkswagen Group, debuting with the new Porsche Panamera.

Not only that, the new B9 A4 is up to 120kg lighter than the previous-gen A4, and similar weight reductions are likely to hit the next RS version. Armed with the aforementioned engine and less weight, the new model has the potential to be much quicker.

The lower weight would also help with handling and braking, and fuel economy should be significantly better than the old V8’s 10.7L/100km average.

An officially debut is expected some time in the second half of 2017. Check out the video below for a preview. It certainly sounds like a V6, wouldn’t you say?