Sport Auto magazine in Germany has just conducted another one of its ‘Supertest’ tests which included running a McLaren MP4-12C Nurburgring lap time of 7:28, putting it in front of its main rival, the Ferrari 458 Italia (7:32.92). 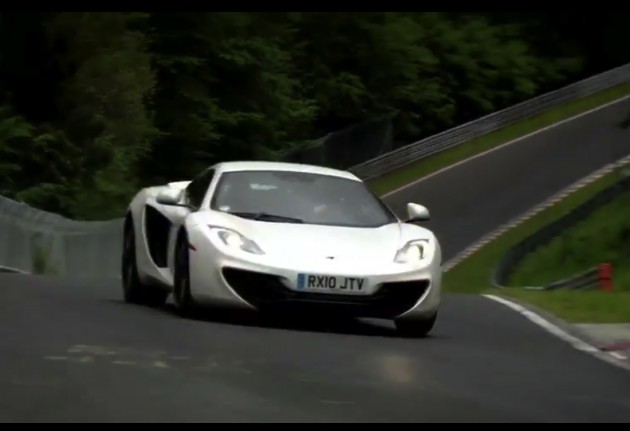 It doesn’t sound massively quick for all the hype surrounding the new McLaren MP4-12C, it might have something to do with the car’s original development. You see, there are many production sports cars, normal production cars as well, that are first developed and tested in prototype form on the Nurburgring.

With the McLaren MP4-12C however, lots of its testing was done in southern England at the ‘Top Gear test track’ airfield. This may have hindered the chance of the car posting a super-impressive time on the famous Nordschleife.

What do you think? Should it have done it in a quicker time or is this not a bad time for the class of car – remember that McLaren is developing a McLaren F1 successor ‘mega-Mac’ to take on cars such as the Bugatti Veyron and Lamborghinin Aventador, perhaps that will be even quicker?

Click play below for a preview of the McLaren MP4-12C Nurburgring lap.