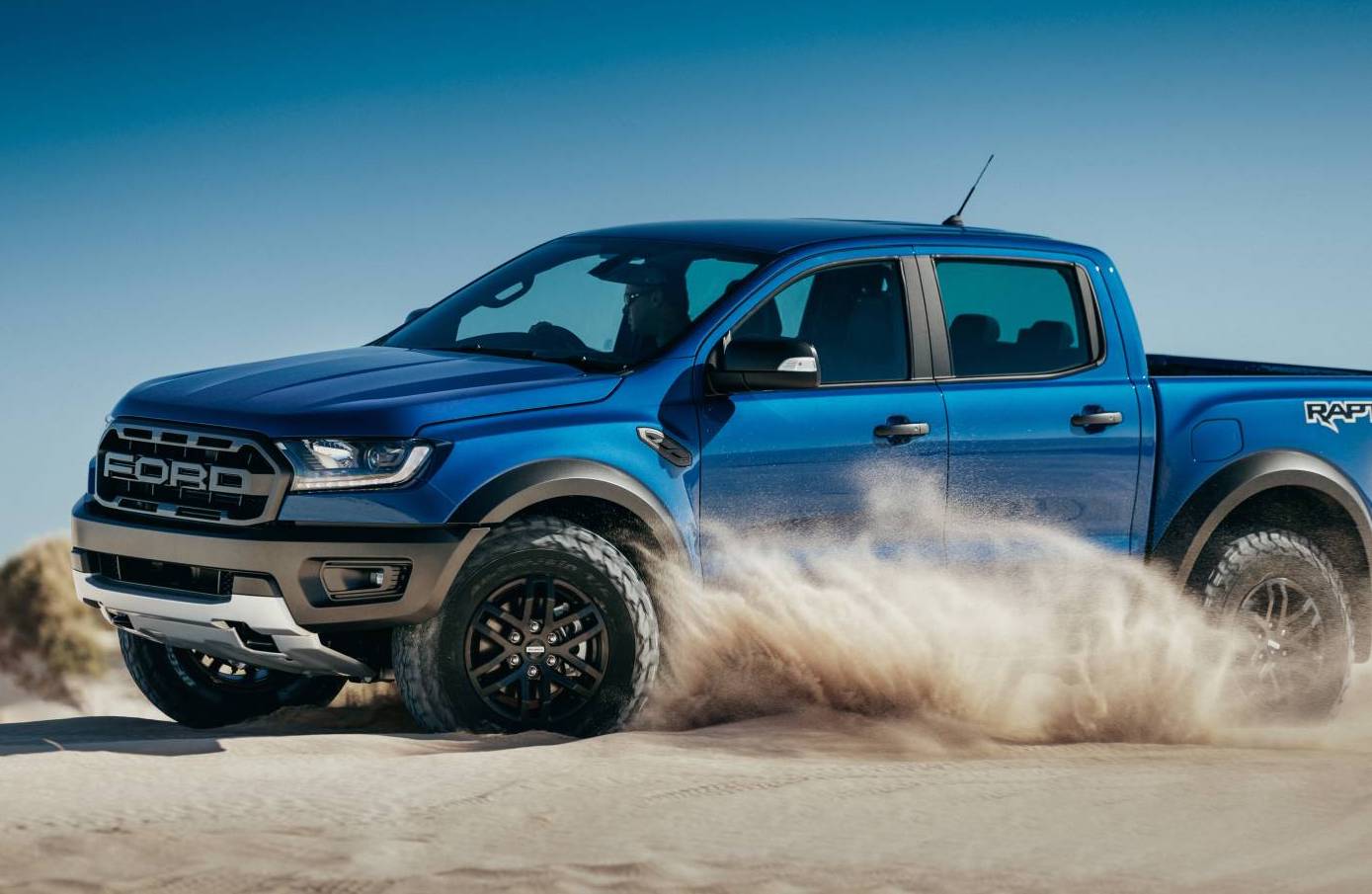 This is it. The first ever Ford Ranger Raptor. It’s inspired by the F-150 Raptor from the US market, featuring off-road performance highlights in almost every area. 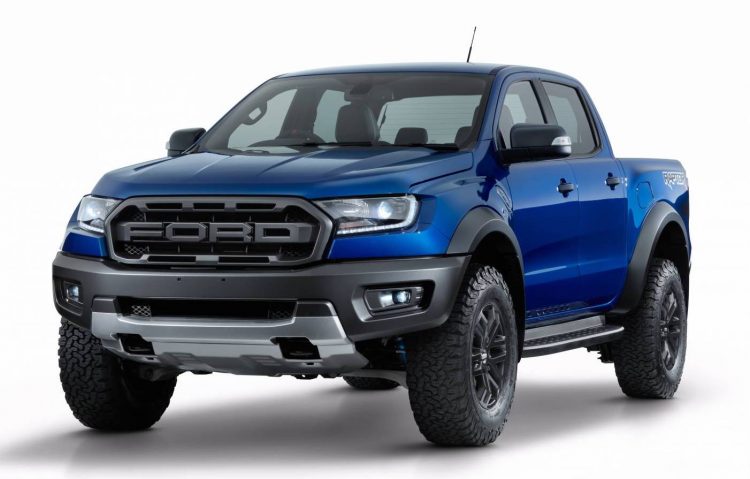 Now, firstly, the engine. Many ‘performance’ utes are popping up at the moment but none have brought in a unique engine. We’re talking about the likes of the HSV SportsCat and the Toyota HiLux Rugged X. Ford has actually provided something a little bit unique.

Under the bonnet the Ranger Raptor receives a 2.0-litre twin-turbo four-cylinder diesel engine producing 157kW and 500Nm. This is up from 147kW and 470Nm in the current 3.2-litre turbo-diesel five-cylinder found in the popular Wildtrak and many other variants.

Connected up to the engine is a brand new 10-speed automatic transmission which is also shared with the F-150 Raptor. It provides better acceleration and response than a transmission with fewer gears, and it’s made from high-strength steel and aluminium for reliability. 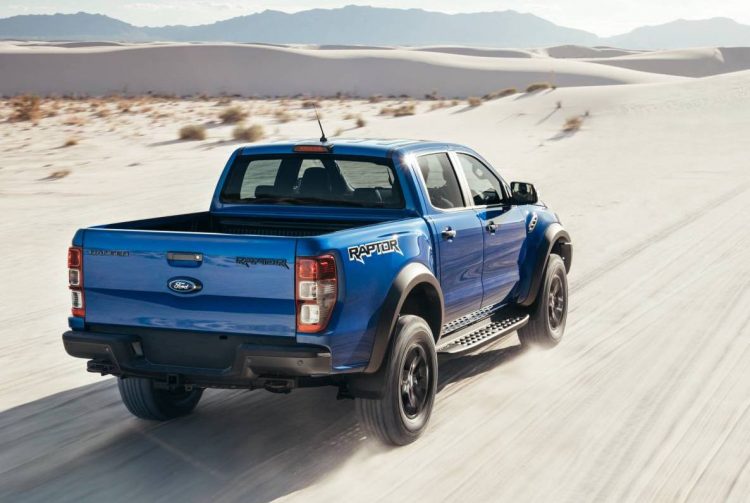 Now, obviously the Ranger Raptor isn’t all about engine performance. This thing is designed to hit the mud and the dusty trails. Ground clearance is measured at 283mm, with a 32.5-degree approach angle and 24-degree departure angle. Much of it is thanks to an overhauled suspension setup comprising of coilovers for the rear Watt’s link arrangement, and the front uses strengthened protruding shock absorbers. Both axles uses Position Sensitive Damping technology.

A number of tough accessories have also been developed for the ute, including recovery hooks rated at 3.8 tonnes, special step boards that were tested with 100kg loads applied 84,000 times to replicate 10 years in the field, and some twin-piston brakes with 332mm discs front and rear. 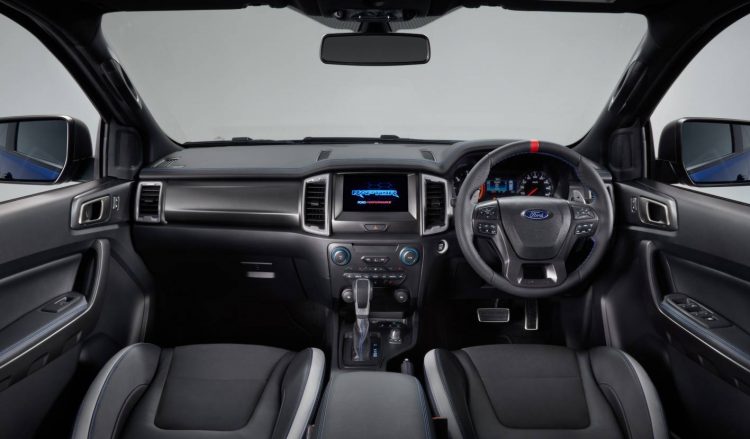 Ford has devised a range of driving modes for the Raptor, including two on-road modes – Normal and Sport – as well as three off-road modes. The off-road modes give you some idea of the off-road seriousness, with a Gravel and Snow mode, Mud and Sand, Rock, and a Baja mode which slackens off the traction control for spirited driving adventures.

The new model will go on sale in Australia during the second half of this year, with prices to be announced closer to launch. It’s expected to coincide with the launch of the new Ranger which may actually bring in the 2.0L engine and 10-speed auto combination for some variants.