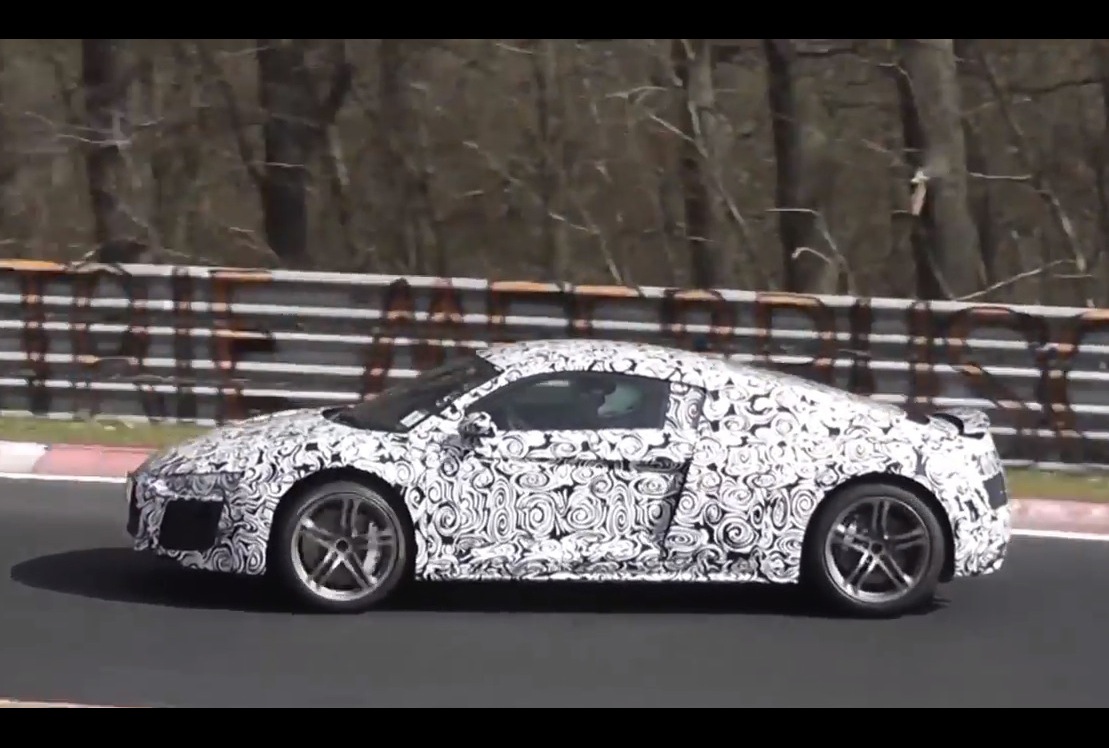 Audi has been spotted test driving a prototype version of the next-gen 2015 Audi R8 supercar at the Nurburgring in Germany. It will be the first all-new R8 since the model was launched back in 2007. 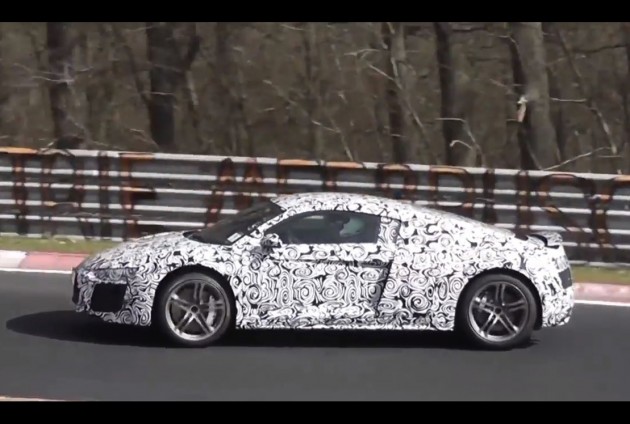 The next-gen model will be built on Volkswagen Group’s new MSS platform which debuted with the Lamborghini Huracan (Gallardo replacement). It’s mainly aluminium, like the outgoing model, but this time carbon fibre is used for certain areas such as the firewall and driveline tunnel.

With the new platform comes a degree of weight reduction. Speculation suggests the new R8 could drop as much as 100kg, helping to improve handling, performance and fuel economy.

Speaking of economy, the R8 is expected to come in V8 and V10 form just like the current model, however, experts say Audi might replace the V10 with a 4.0-litre twin-turbo V8 at some stage. Such an engine already exists in the RS 6 and Bentley Continental, and could easily be tuned to reach and surpass V10 power status.

Backing the engines will be a seven-speed dual-clutch automatic transmission along with quattro all-wheel drive. A six-speed manual option is not likely to be part of the lineup.

In terms of design, the new model will present a similar silhouette as the current model. As you can see there will be a much more aggressive rear end with a finned diffuser diffuser, slimline details such as headlights and taillights, and large air intakes all round.

A full unveiling could take place towards the end of this year before it hits the market some time in 2015. Click play on the video below, posted by worldcarfans, for a preview.