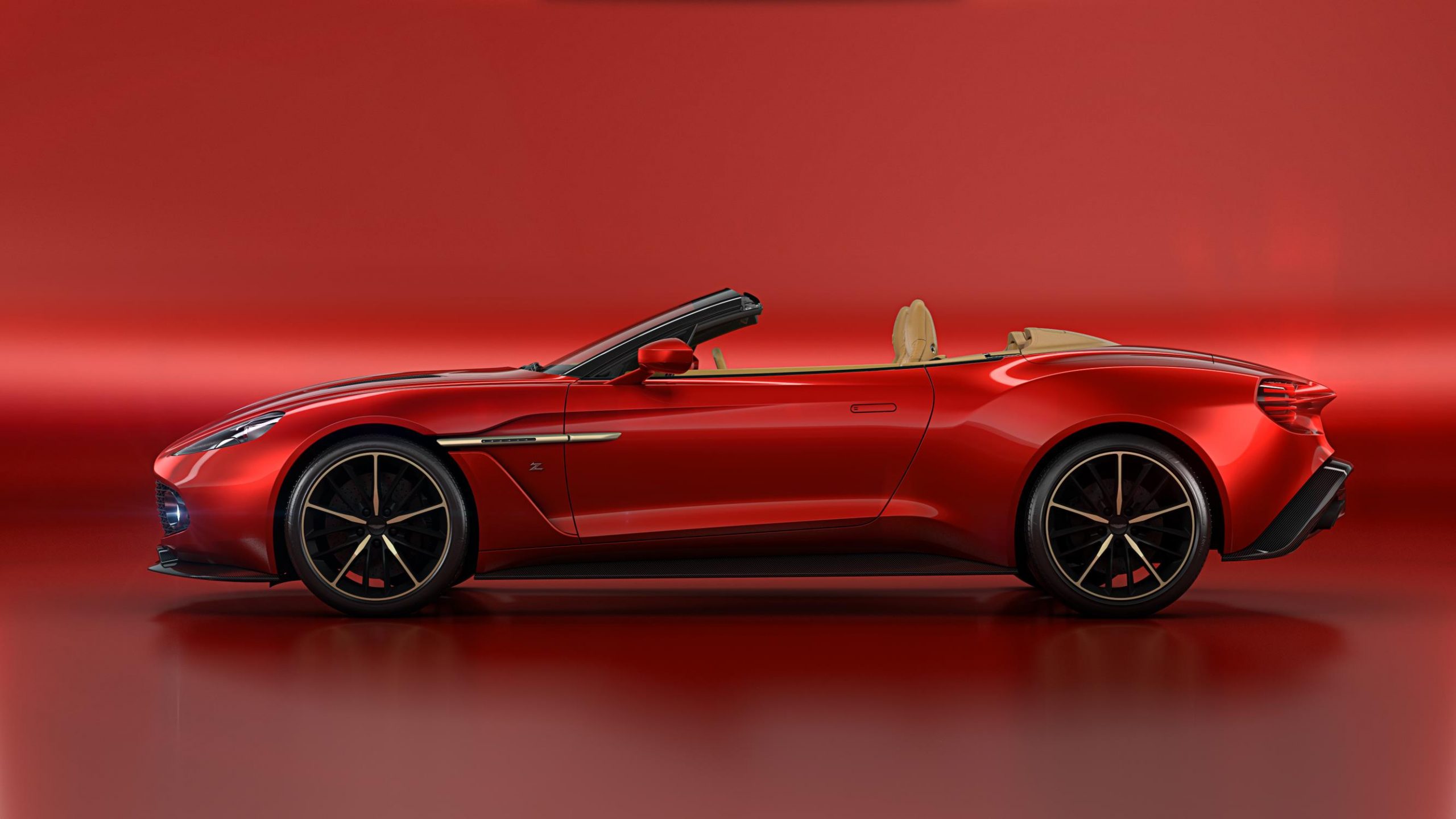 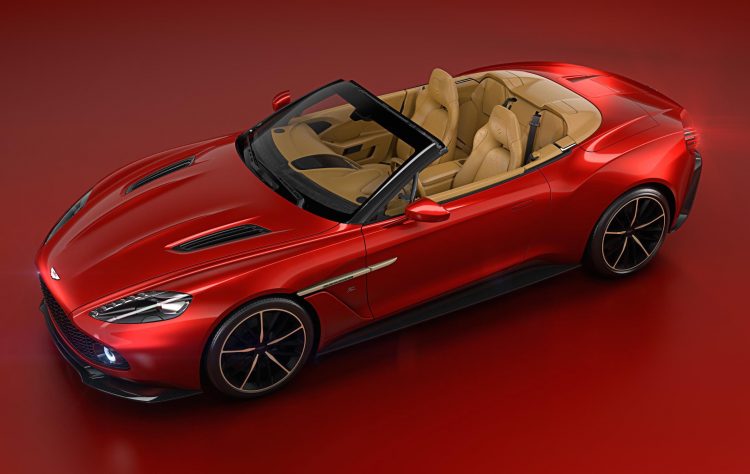 Like the coupe, it benefits from a 440kW version of the Vantage’s 5.9-litre V12, but also features a bespoke folding hood and unique materials such as herringbone carbon fibre, and Bridge of Weir leather with anodized bronze detailing.

In its transformation to convertible, the Vantage Zagato Volante incurs a 0.2-second penalty for its 0-100km/h time; at 3.7 seconds compared with the 3.5 seconds of the coupe.

According to the company, the convertible was necessary due to the overwhelming demand for the coupe, and like its fixed-roof brother, will be duplicated only 99 times. Aston’s chief creative officer and EVP, Mark Reichman, said:

“Just like the Coupe, we have emphasised the way surfaces change and intersect to create a muscular form. We’ve endeavoured to create an elegant, flowing shape that really works to emphasise the car’s sculpted rear haunches.”

This is the latest in a long line of open-topped Zagato tie-ups with Aston Martin, including the V8 Vantage Volante of 1987 and the DB AR1 of 2003 which was an open-topped version of the DB7 Zagato.

Deliveries for the new model are set to commence next year.