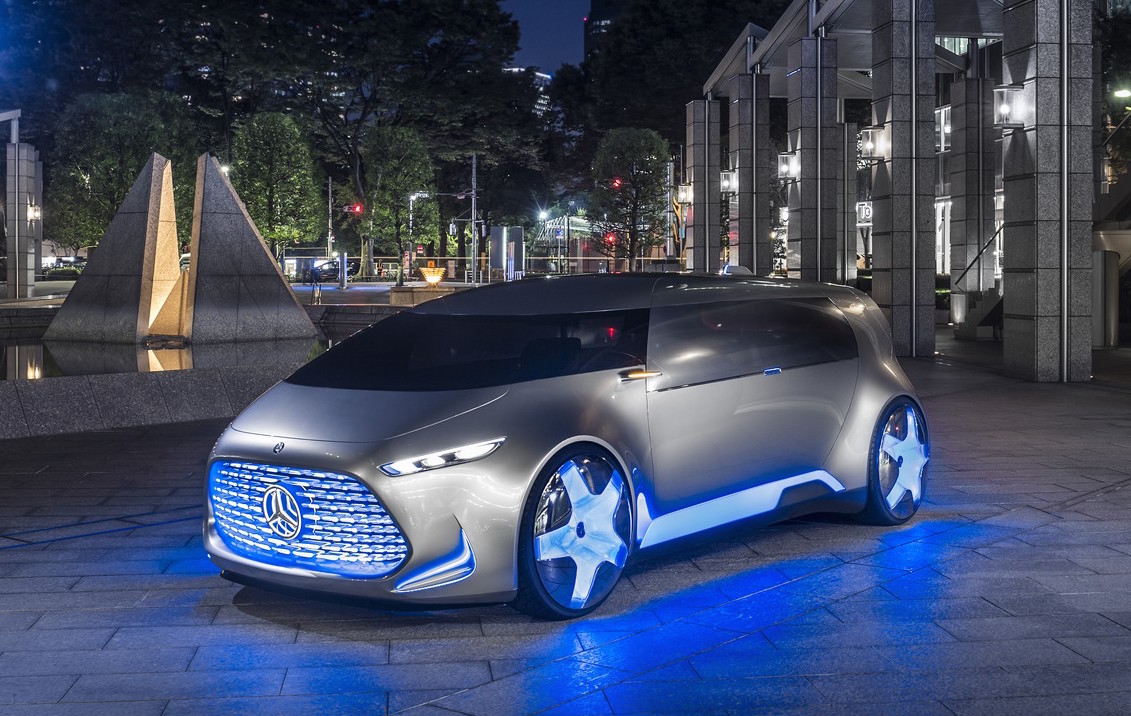 The latest in a series of futuristic Mercedes-Benz concepts has surfaced, called the Vision Tokyo. It follows on from the shape-shifting Concept IAA, and F105 Luxury in Motion autonomous windowless sedan. 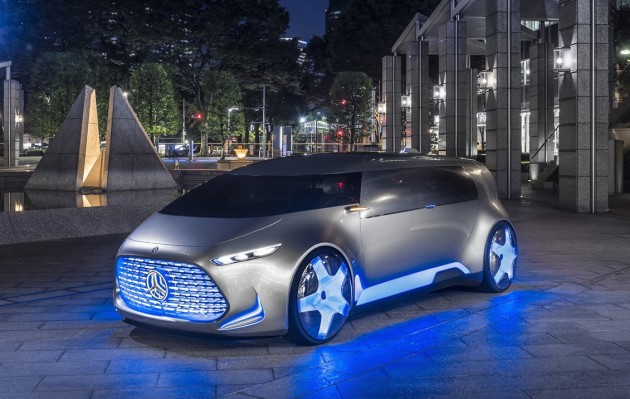 Enter the Vision Tokyo. It’s a “chillout lounge in the midst of the megacity traffic mayhem”. Featuring the same silver finish as the other, aforementioned concepts, the Vision Tokyo features a horsehoe lounge arrangement inside with a holographic projector as the centrepiece.

A steering wheel is stowed behind a panel most of the time; itself and a backrest for the front seat becoming available when the urge to pilot the Vision Tokyo sneaks up on you. This is clearly an autonomous vehicle first and foremost and a driveable car second, which is the opposite of how the first commercially-available autonomous cars will be.

Powered by a fuel-cell powertrain with a 980km range, clearly this zeppelin of pure luxury is more flight of fantasy than previewing anything of the immediate future. The brief was to appeal to Generation Z, or the oft-misunderstood ‘millennials’ – a favourite of product planners and marketers it would seem. 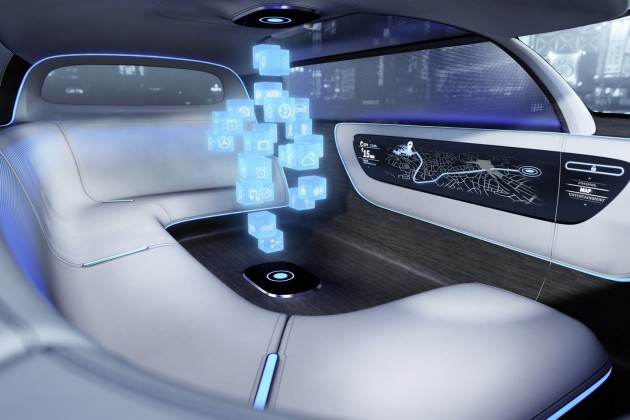 The concept makes its public debut at the Tokyo Motor Show, which opens on the 29th of October.