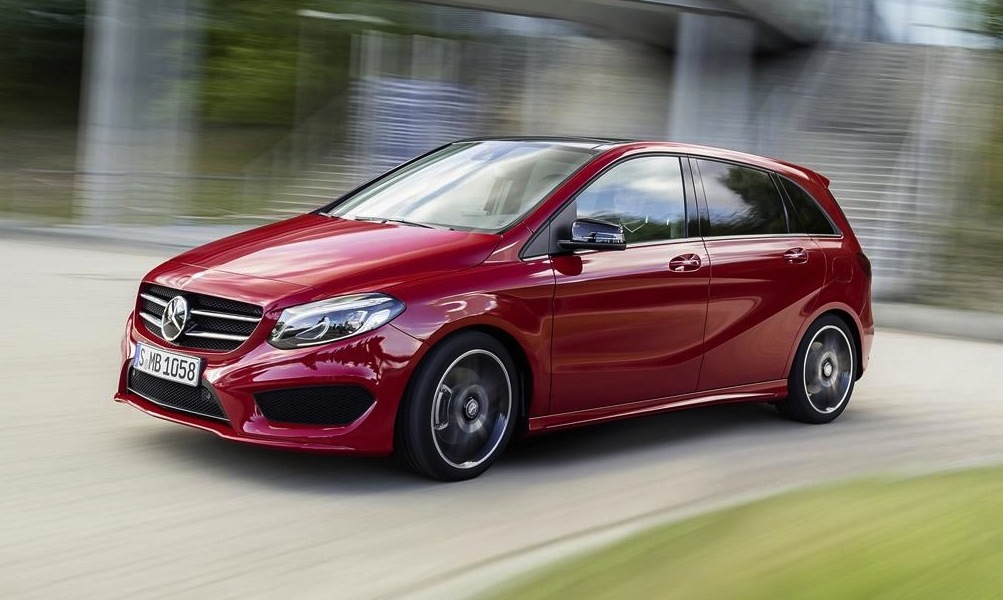 Mercedes-Benz has given the B-Class a mild update for the 2015 model year, with subtle styling tweaks, some new technology, and a trimmed down variant lineup. 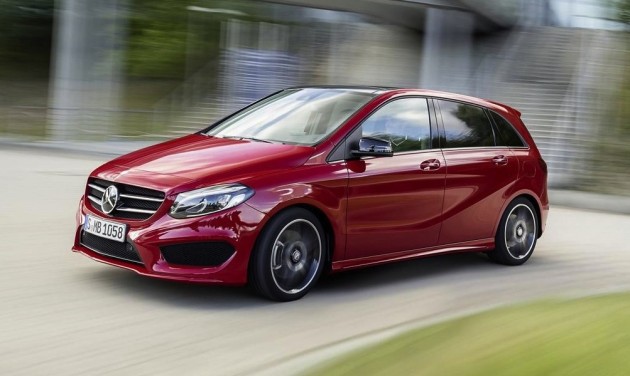 In terms of styling updates, there aren’t many to talk about. The front bumper and fascia is slightly revised with a new two-tier grille, larger air intakes, and new headlights that incorporate the LED daytime running lights. There’s also new two-tone taillights and trapezoidal exhaust outlets.

Inside features a new 8.0-inch free-standing infotainment screen sitting atop the dash, an updated instrument cluster, and the choice of 12 colours for the ambient lighting to suit different moods. 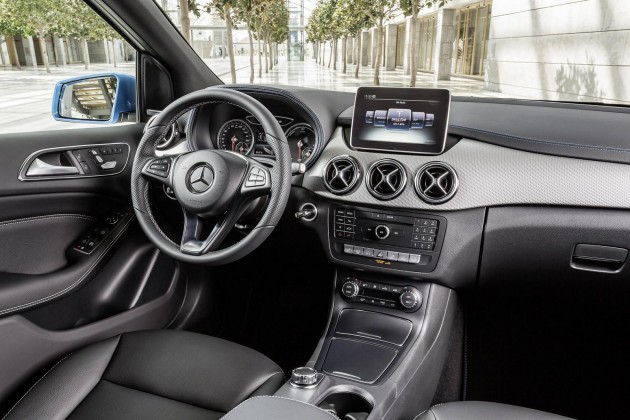 As for safety, Mercedes has developed Collision Prevention Assist ‘Plus’ with partial autonomous braking to help reduce the chance and severity of rear-end accidents. The standard Attention Assist feature has also been upgraded to operate at speeds between 60km/h and 200km/h.

For those wanting a bit of exclusivity and added sportiness buyers can option for the AMG Line package. It brings a unique bodykit, twin exhausts, 18-inch alloy wheels, cross-drilled brakes, and various AMG highlights inside.

Mercedes-Benz Australia is yet to announce local specifications and pricing. It will go on sale internationally in November.