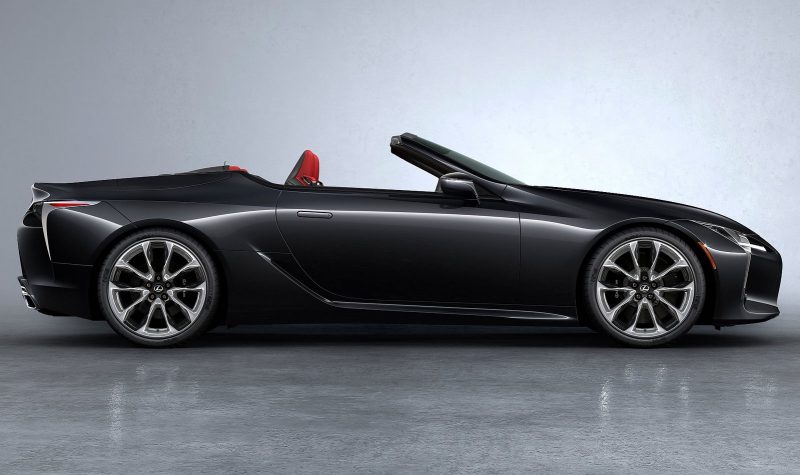 Lexus Australia has confirmed a 2021 model year refresh for its stunning LC flagship sports car, scheduled to arrive in June. It’s also confirmed the LC convertible will be part of the model update but it will arrive later this year. 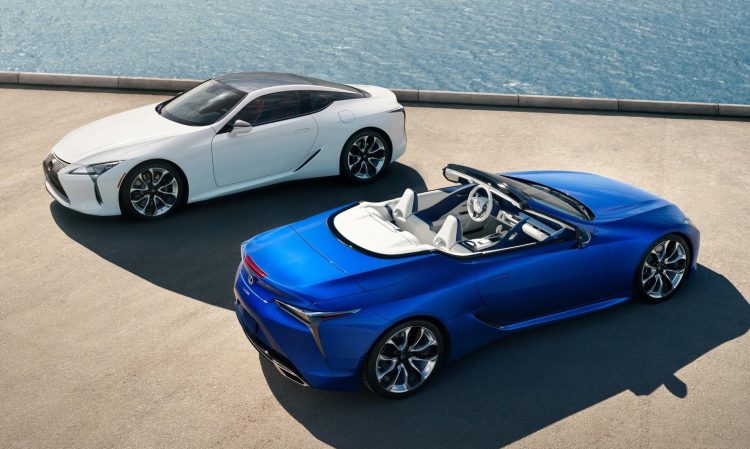 Obviously the exterior doesn’t need any changes. It remains as one of the most jaw-dropping coupes on the market. However, Lexus is introducing two new colour options; Carnelian and Khaki Metal. Khaki was that unique green colour we saw with the Inspiration Series edition (pictured below), but now it is a permanent option. The interior also gets Flare Red and black, and Manhattan Henge with black and sunset.

Instead of focusing on cosmetic updates Lexus has concentrated on the chassis and powertrains. Both the LC 500‘s 351kW 5.0-litre V8 and the LC 500h‘s 264kW 3.5-litre hybrid V6 carry over. However, the 10-speed auto and 10-speed CVT auto, respectively, are revised. The V8’s auto now upshifts higher in the rev range when 60-70 per cent throttle is applied, while the CVT is able to downshift to second gear for more immediate acceleration out of a corner, for example. 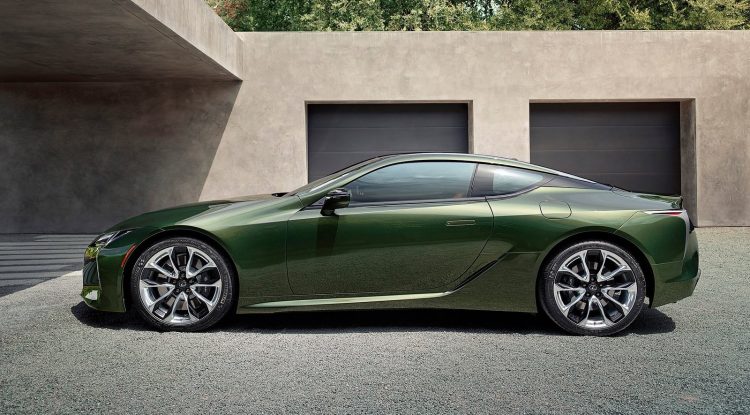 The biggest changes for 2021 are to the suspension and chassis. At the front the lower control arm is now made from forged aluminium, saving 1.65kg, and the shape of the second control arm and the spring rate is changed to help improve ride comfort.

Both the front and rear springs have been strengthened, and the length of the dampers for the Adaptive Variable Suspension is revised. New software is also brought in to manage the controls to offer a more linear response and enhanced control.

At the back the springs are altered and there’s now a hollow stabiliser bar, while the 21-inch alloy wheels are 0.7kg lighter to help reduce unsprung mass. The LC 500 V8 also debuts a new Yamaha-developed performance damper that promises to absorb twists and reduce body vibrations during enthusiastic driving. 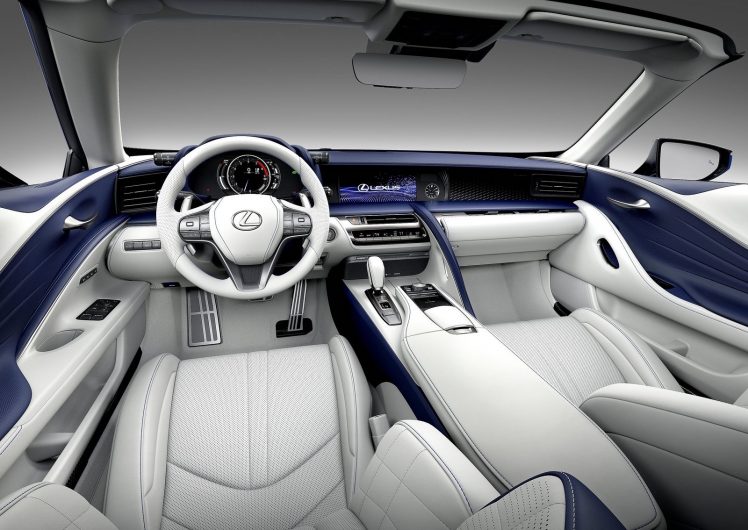 Finishing it all off is the standard inclusion of Active Cornering Assist. This technology essentially applies subtle braking to inside wheels during high-g cornering to help create a natural and neutral feel, Lexus says. The system is replaced by an updated Lexus Dynamic Handling pack when the Enhancement Park is optioned.

Perhaps the biggest news of all is the confirmation of the LC convertible for Australia. This is a breathtaking soft-top version of the already-beautiful LC coupe. It’s set to be available with both V8 and hybrid engine options.

Prices and final local specs will be announced closer to their launch. The updated coupe arrives in June and the LC convertible lands “late this year”, Lexus says.