Audi is getting ready to debut its new Audi SQ5 TDI exclusive concept performance SUV at the 2012 Paris Motor Show next week. The concept will eventually go on sale in Australia as a limited edition model during the first half of 2013. 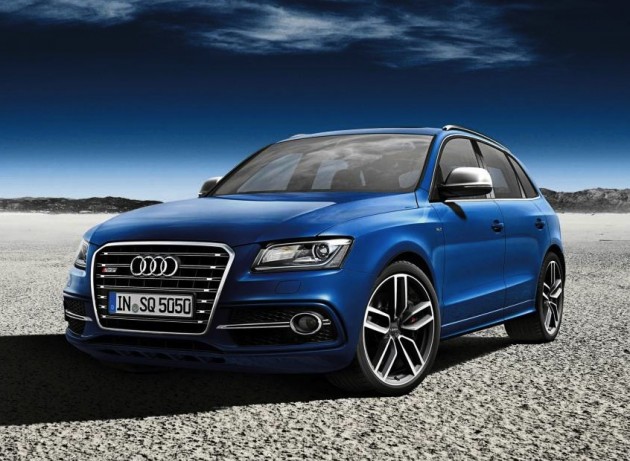 As previously reported, the Audi SQ5 TDI is the company’s answer to the increasingly popular ‘performance diesel’ vehicle segment. It’s powered by a 3.0-litre twin-turbo-diesel V6 engine producing 230kW of power and an impressive 650Nm of torque.

The SQ5 TDI is a proper Audi ‘S’ vehicle, the first diesel ‘S’ vehicle in fact, and this means it has been developed with a clear focus on performance. Acceleration from 0-100km/h is covered in just 5.1 seconds while top speed is limited to 250km/h.

One of the beauties of going diesel is the fact that technology has allowed engines to remain fuel efficient. The Audi SQ5 TDI comes with a combined cycle fuel economy rating of just 7.1L/100km.

Underneath, again, it’s all about performance. It comes with sports suspension and bespoke alloy wheels, while the exterior is trimmed in S-themed features, such as aluminium-look side mirrors, quad exhaust outlets at the back, and a subtle bodykit around the skirting of the Q5. 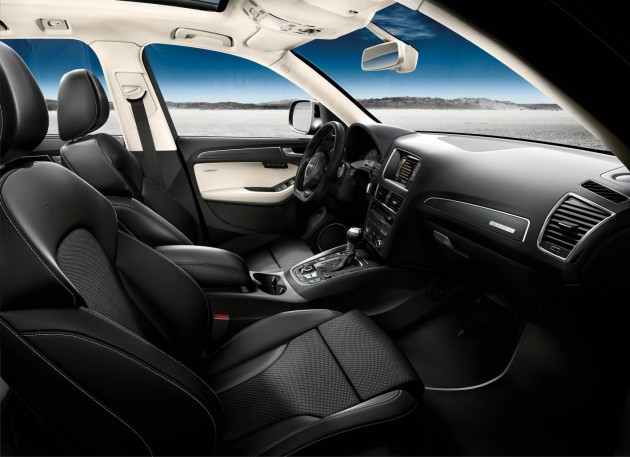 Inside, it’s similarly themed with sports bucket seats with white stitching, a sports flat-bottomed steering wheel, and loads of soft Alcantara and Nappa leather throughout.

Just 50 examples are set to hit the market. Australian pricing and specifications are yet to be announced.