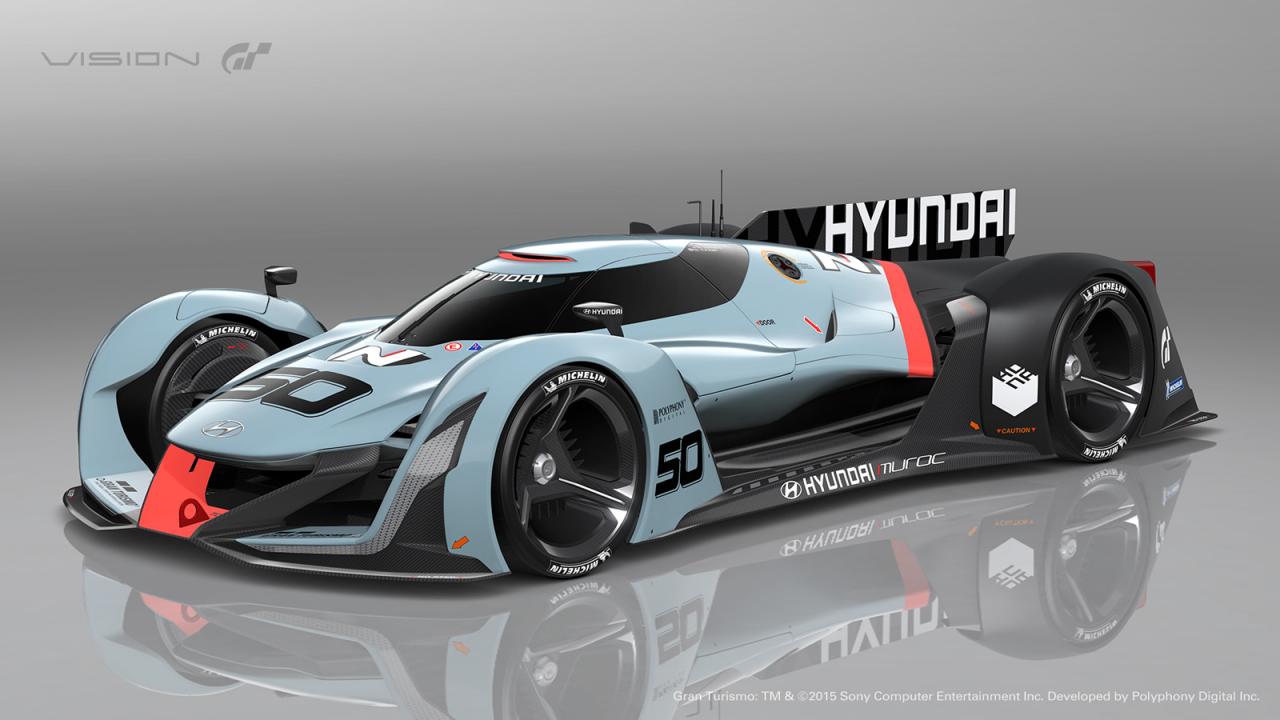 The epic Hyundai N Vision Gran Turismo concept car has made its debut at the Frankfurt Motor Show, showing off the full potential of the company’s performance N division. 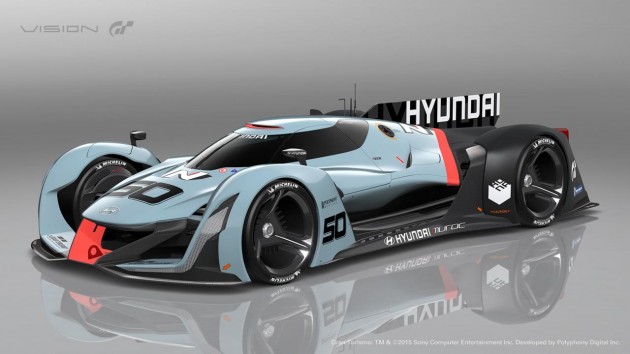 Following in the theme of most of the other Vision Gran Turismo concepts, the Hyundai version takes on a Le Mans layout with a long tail and short front overhang. There’s also futuristic wheels that are barely encased within the bodywork, and some very low skirting.

The energy is charged through four hub-mounted motors, providing all-wheel drive. Hyundai hasn’t mentioned anything about acceleration or performance, but given the car weighs in at just 972kg, the power-to-weight ratio is almost 1hp:1kg.

Pure acceleration is not the car’s only forte though. It can also scream around corners thanks to a comprehensive aerodynamics package. The underbody is described as “boat-like”, while special ducts at the rear guide airflow out and away from the car for maximum downforce.

Gamers will soon be able to use the N concept in the hit Sony PlayStation game Gran Turismo 6. Elements of its design and technology are likely to be used on future production cars, particularly those beyond 2025.