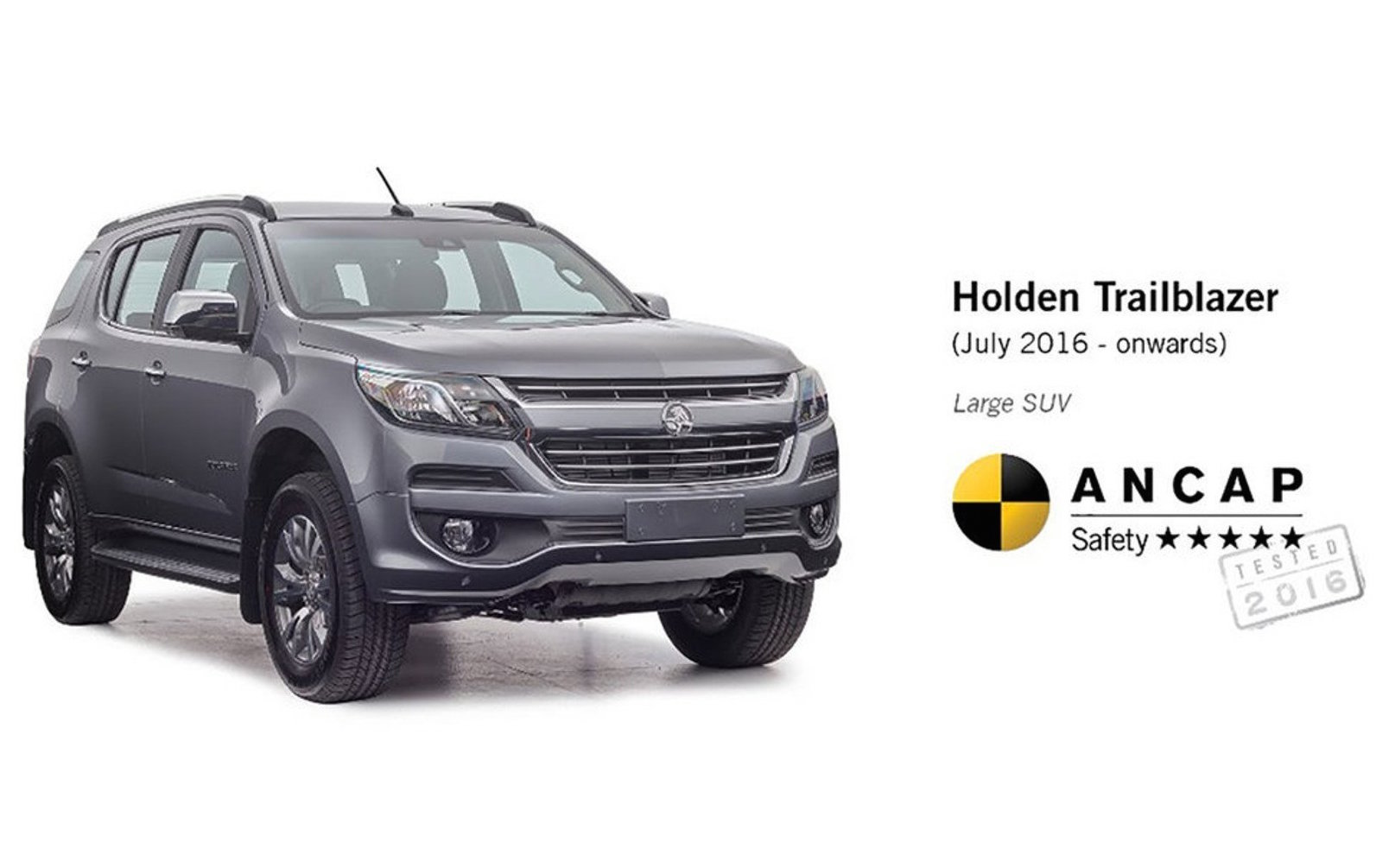 The new Holden Trailblazer has been inadvertently revealed on ANCAP’s website, showing the Holden-badged Colorado 7 successor for the first time. 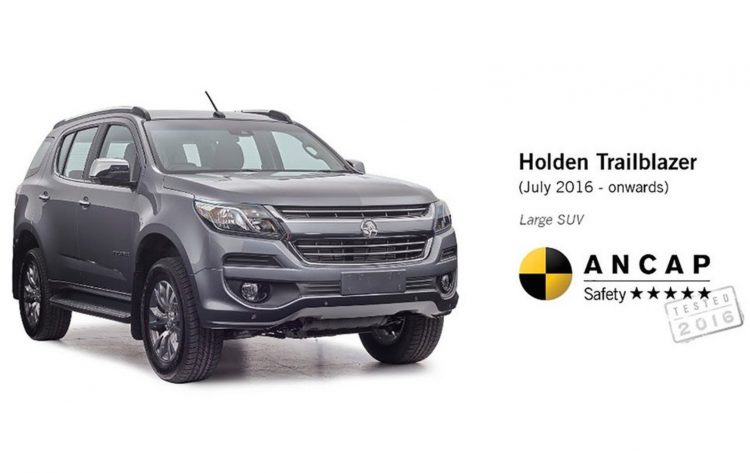 The image was shown on the ANCAP website briefly before being replaced by a generic Holden logo. News of the Trailblazer receiving a five-star ANCAP safety rating is of course just as important, following the same accolade handed to the new Colorado ute in recent tests.

It’s not like we haven’t seen the new SUV, only with a Chevrolet badge on it. The Trailblazer will be an important model for Holden as it tries to retain some strength in the demanding seven-seat segment. Sales of the outgoing Colorado 7 have been dwindling for a while, currently occupying just 2.0 per cent of the segment so far this year (through July).

In the last year and a bit we’ve seen the Ford Everest enter the market, the Mitsubishi Pajero Sport, and the Toyota Fortuner. All of these bring promising off-road ability and plenty of on-board conveniences and technologies. And seven seats.

Judging by the new Colorado, the Trailblazer could come in three different variant levels, spanning from the LS, LT, and LTZ, with a potential Z71-like model at the top of the range.

However many variants there are, all are set to come with a 2.8-litre turbo-diesel producing 147kW and 500Nm. Both auto and manual are likely, with a heavy-duty four-wheel drive system delivering the power.

As for the safety, ANCAP says test results from the Colorado are comparable and essentially interchangeable with the Trailblazer, thus giving it the same five-star rating. It doesn’t quite share the same overall score though, receiving 34.49 over the Colorado’s 34.89 out of 37.