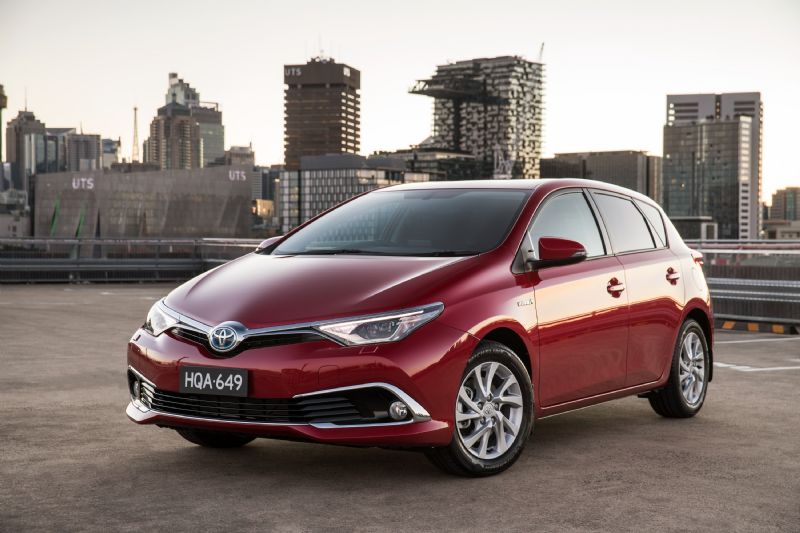 The new Toyota Corolla hybrid has touched down in Australia, bringing super-efficient fuel economy to the highly popular humble hatch. 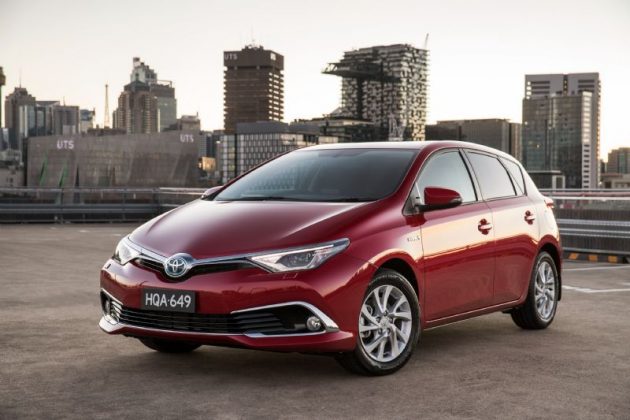 Toyota claims the new variant offers the best fuel economy in its class – aside from the Prius – with an official average of 4.1L/100km. This provides a theoretical driving range of around 1100km with a full tank.

Around town the consumption rate drops to just 3.9L/100km, making it more than twice as efficient as the regular automatic petrol Corolla (8.0L/100km). The full-tank range grows to around 1150km in urban conditions.

It’s able to achieve this thanks to the powertrain which is carried over from the Prius. Under the bonnet is a high-compression (13.0:1) 1.8-litre four-cylinder petrol paired with a 60kW electric motor assist system.

Combined, the setup produces 100kW of power. It’s all linked up to a CVT transmission with front-wheel drive, just like the regular Corolla. Despite the added electrics, cargo space is rated at 360 litres like in the regular model as well.

Buyers are receiving good value for their money too, as the Corolla hybrid borrows many of its standard features from the top ZR variant. Dual-zone climate, keyless entry and start, LED daytime running lights and LED headlights, and a comprehensive infotainment system with sat-nav are all standard.

“The hybrid version of the popular Corolla represents great value for money with its impressive equipment levels, exceptionally low running costs and the proven performance and fuel-efficiency of Toyota’s full hybrid technology.”

The new variant is on sale now priced from $26,990 (excluding on-roads), slotting neatly between the SX and the top ZR. This makes it one of the most affordable hybrid vehicles on the market. Customers receive capped-price servicing (max $140 each) for the first three years or first 60,000km.