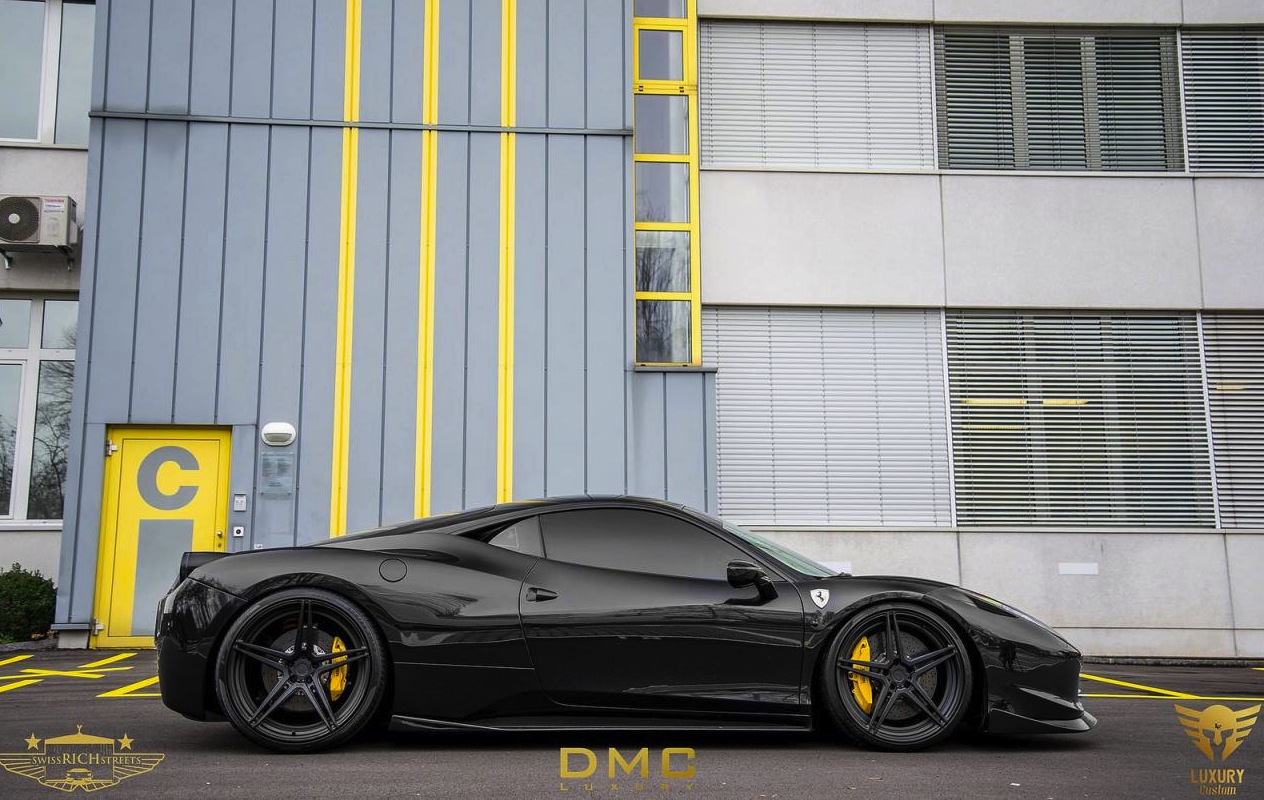 There’s no denying the appeal of a Ferrari but there’s just something about a black Ferrari that gives it that extra impact, don’t you think? Take this DMC Luxury Custom Ferrari 458 for example, you certainly wouldn’t ignore it if it drove past you. 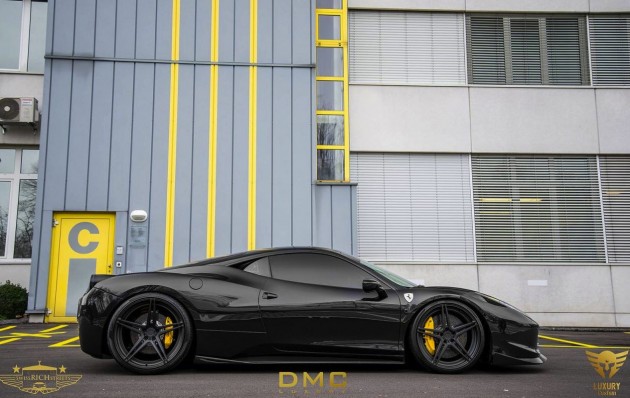 Co-developed by DMC and Luxury Custom, the 458 features a DMC ‘Elegante’ bodykit with aggressive yet subtle highlights for a very cool stealth theme.

There’s a new front splitter system with multiple fins made from carbon fibre, neat carbon side skirts, and a finned underside carbon diffuser at the back. 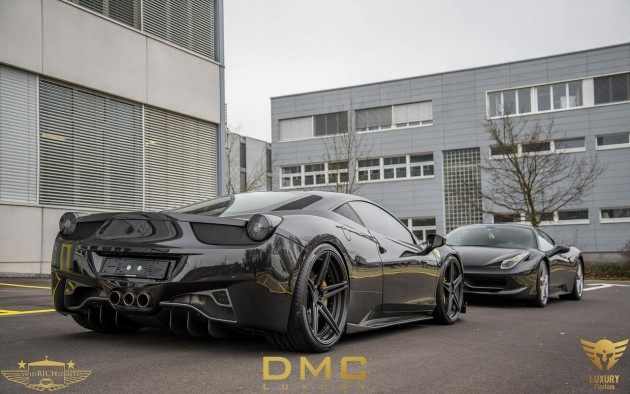 Other final touches include darkened taillights, tinted windows, and a set of offset double five-spoke dark alloy wheels with nice dishes on the back, all matching the black exterior paint. The brake calipers are painted in a zesty yellow to give it some contrast.

Even though the engine remains untouched, we’re sure anyone who drives it isn’t going to be complaining there’s not enough power on tap. The Ferrari 458 uses a screaming 4.5-litre naturally aspirated V8 producing 419kW and 540Nm. It’s able to cover 0-100km/h in 3.4 seconds.