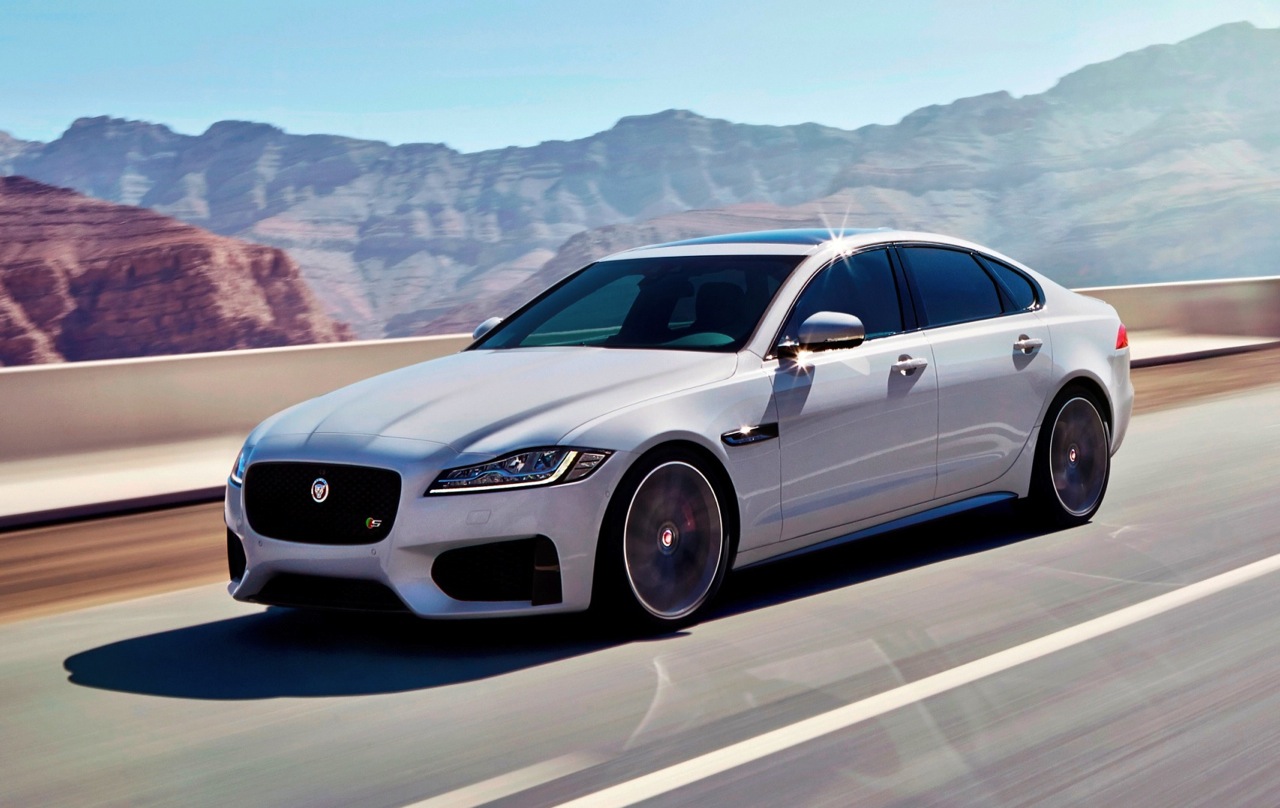 This is it, the all-new 2016 Jaguar XF. It was revealed to the public during a high-wire water crossing stunt in London, giving viewers a look at the XF’s new lightweight aluminium underpinnings. 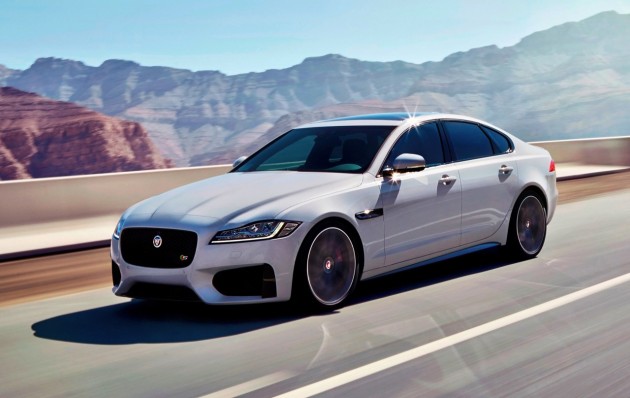 Although it might not look much different from the outgoing model, at least on first impressions, the stately sedan has been redesigned in almost every area including panel design, trimmings, and interior.

Jaguar says the new model brings an “unrivalled” blend of refinement, fuel economy, driving dynamics, and design to the premium large sedan segment. On top of this, the aluminium platform provides a class-leading weight and is up to 190kg lighter than the outgoing model.

The new XF is 7mm shorter and 3mm lower than the existing XF, however, the wheelbase is 51mm longer providing “class-leading” rear seat space. Legroom, kneeroom and headroom are all increased.

Inside, the restyled dash features a 10.2-inch infotainment touch-screen system as standard. It comes equipped with InControl Touch Pro, and Dual View technology for different displays for the driver and passenger. It also features a 12.3-inch TFT instrument cluster.

In terms of engine options, Jaguar will offer the 2016 XF with a range of petrol and diesel units spanning from a 2.0-litre Ingenium diesel producing 132kW and 430Nm, up to a 3.0-litre supercharged V6 producing 250kW and 280kW. A high-power 3.0-litre turbo-diesel V6 will also be offered, developing 221kW and 700Nm. 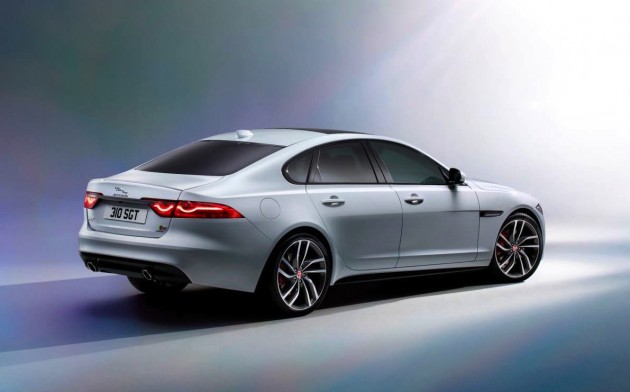 Jaguar will show the car to the public more formally at the upcoming New York Auto Show next month. It will then go on sale in Australia during the first quarter of 2016. Prices and final specs are yet to be announced.