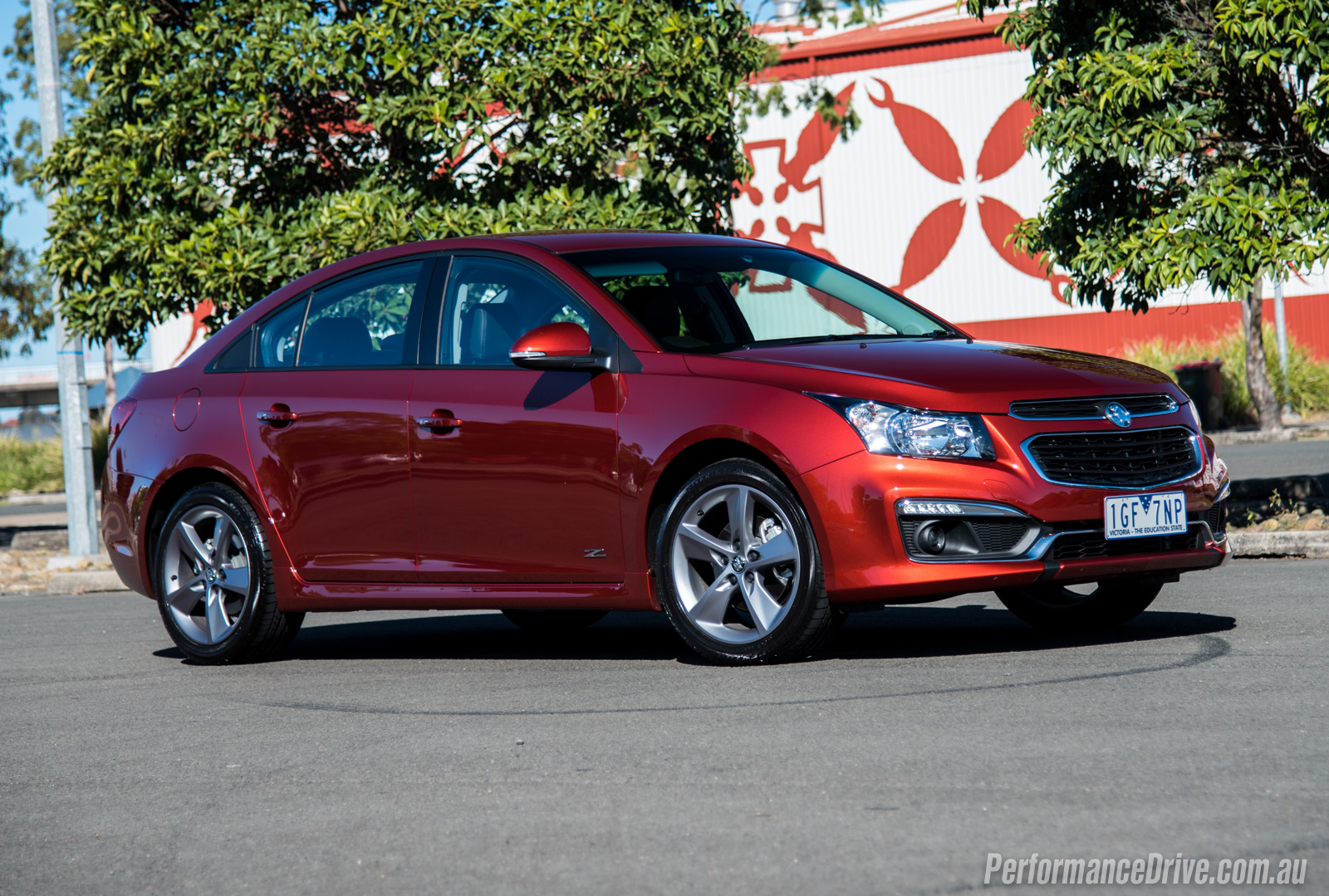 In October of this year, the Australian-made 2016 Holden Cruze SRi Z-Series will ride quietly into the sunset for the last time, joined by the 56-year old Ford Falcon and soon to be followed by the Cruze’s bigger brother, the Holden Commodore. 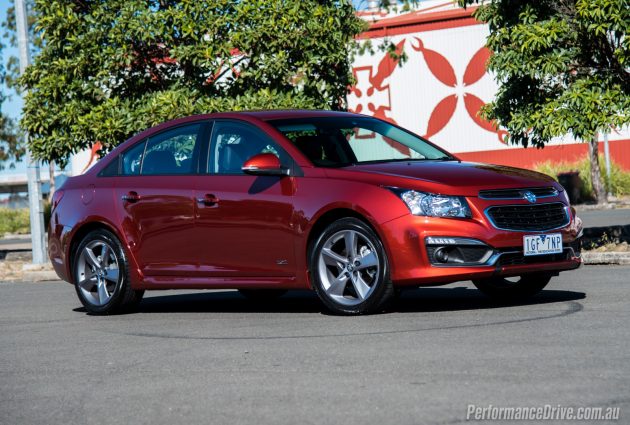 The Cruze doesn’t have the same passionate and enthusiastic fan base as the Commodore – a fact made apparent to us when we floated the idea of an experimental Cruze SLR/3600. Even so, the Cruze has been one of the better drives of its class, ever since production began locally in 2011. Local engineering nous brought the Cruze out of mediocrity, dramatically improving its ride as well sharpening its steering and handling. It made such a difference, that other markets adopted Holden’s chassis calibration for their Cruzes.

Cruze holds a 5.6 per cent market share, ahead of Ford Focus but well behind Hyundai i30 and the ever-dominant Mazda3 and Toyota Corolla. Bear in mind, these are newer models, but on paper, the Cruze remains competitive in many ways including power output, and space thanks to a 2685mm wheelbase. The SRi comes with a 132kW and 230Nm1.6-litre turbo. Lesser models are saddled with a wheezy 1.8-litre Ecotec.

At the end of the year it will be sired by a Korean-imported Cruze and the European Astra, both on a new D2XX architecture, but to get it there, the Z-Series runout special adds 18-inch satin black alloys, a rear spoiler, alloy pedals, special floor mats and sill plates and badging.

At $27,140 for the manual tested here ($2000 extra for six-speed auto, excluding on-roads), it’s up there for pricing, against Mazda3 SP25, Corolla ZR, i30 SR and Focus Sport. At the end of its life, can the Cruze still turn a trick or two to lure buyers away from these fresher cars? 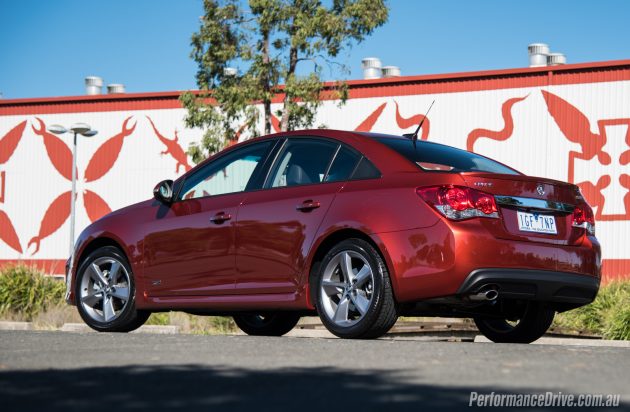 Although the overall shape has been a familiar sight on our roads since 2009, it copped a new front fascia last year which does appear quite busy. Nevertheless it is a confident, well-proportioned car with curvy panels and mildly-pumped wheel arches. However, aspects like the blank panels at the C-pillar don’t do its age any favours.

As mentioned, the long wheelbase gives the car excellent space for all occupants. The Z-Series seats are covered in suede and low-grade ‘leather’, though, they are reasonably supportive. For the driver there’s a good driving position, with the steering wheel and binnacle common with VF Commodore, including the ageing digital speedometer cluster.

Rear passengers, while enjoying decent room, miss out on rear vents only getting a cupholder armrest and 12V power outlet to keep them stimulated. A full-size (steel) spare is a plus, as well as lifetime capped-price servicing and one-year roadside assist. The Cruze has been awarded a five-star ANCAP rating thanks to a strong body and an arsenal of airbags. Boot space is 445L with split-fold capability for the rear seats offering increased practicality.

Overall interior presentation feels its age against the rivals’ newer cabins. Power windows are auto down only, and the cluster of buttons in the centre stack is overly busy and very distracting. Meanwhile the MyLink infotainment system – with navigation, Pandora and Bluetooth-streaming capability – can have a tendency to freeze (as it did several times during our test). It’s worth noting the entry-level Spark has a superior interface with Apple CarPlay and Android Auto functionality. 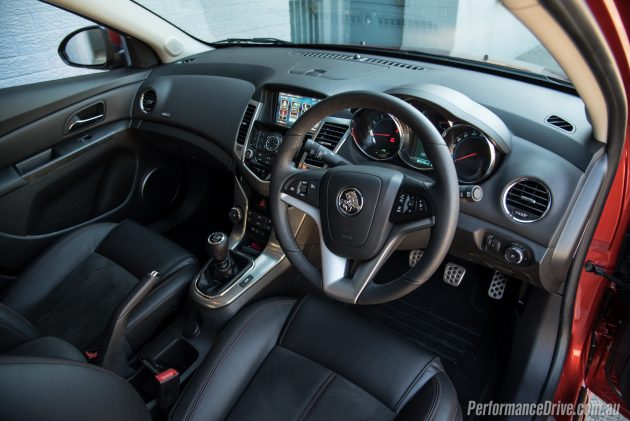 Although the Cruze SRi produces 132kW, it is one of the heavier cars in its class at 1428kg. When the Peugeot 308 Access in the same class weighs 1090kg, this puts things in perspective. It means the Cruze isn’t as agile, economical, or as quick as it ought to be, and as a result it does fall behind most of the direct rivals in these areas.

You can feel the 1.6 struggling until turbo boost arrives at around 2000rpm. When it does, it feels somewhat lively; not throw-you-back-into-your-seat rapid, but not bad. We timed a best 0-100km/h of 9.09 seconds, which puts it well behind even the base model Hertz rent-a-car-spec Toyota Corolla automatic and Mazda3 Neo.

The engine note sounds like a Chinese imitation Dyson vacuum cleaner, with very little in the way of sportiness coming through to the driver. This will be disappointing to anyone that expects any sort of animation from the SRi Z-Series ‘warm hatch’. Peak torque of 230Nm at 2200rpm is also quite low for a 1.6 turbo, with some 1.4-litre units in the industry offering more than this.

Economy is rated at 7.4L/100km and we averaged 8.9L/100km during a mixture of dense urban and highway driving. Again, this isn’t up to the level of most of the ‘warm hatch’ rivals – we’ve seen significantly lower real-world figures in the 206kW Volkswagen Golf R, which is regarded as a super hatch, for example. 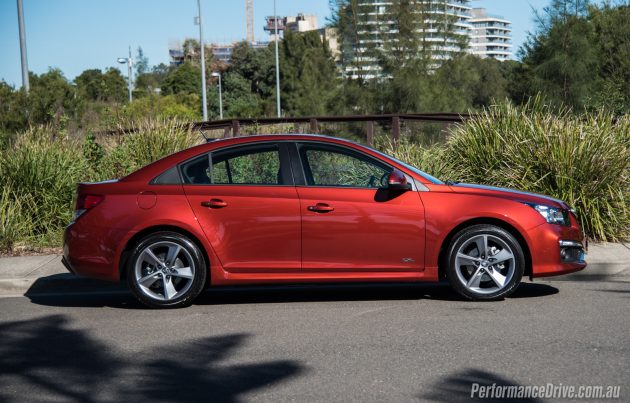 The manual gearshift has a short throw but it lacks precisely-defined gates and feels a bit clunky. It’s not terrible but when combined with the engine’s lack of useable torque, it makes heavy traffic more tiresome. Clutch action is light and easy to manage, making it a great car for learners to hone their manual-driving skills.

One area where the Cruze shines is driving dynamics. The steering feel is quick and direct, combining with a well-balanced chassis to provide eager turn-in with impressive composure and grip throughout the corner. The ride, while taut and sporty, keeps jitters and coarse surfaces at bay, as well as potholes and larger bumps. We hope the next, imported model benefits from local tuning expertise as well.

At parking speeds, the steering is light and the reversing camera, which is displayed on the large screen with steering guidelines, makes parking very easy. Braking performance is decent without being stellar – a recurring theme of this test. 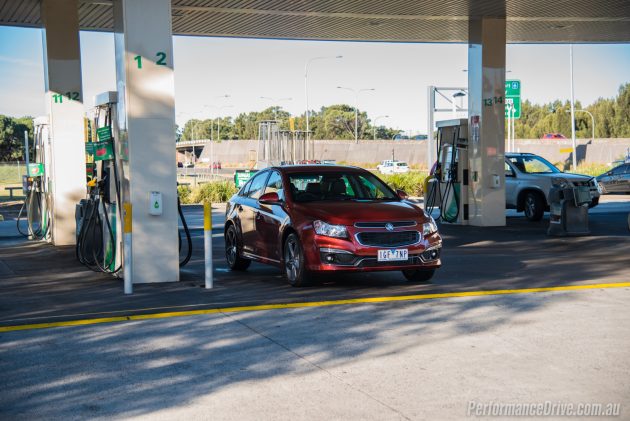 For a car at the end of its tether, the Cruze still holds up surprisingly well in some areas. Its ability to blend sharp cornering and road manners into a supple large-car-feel gives it relevance in today’s market. Accommodation and standard features are also commendable for this class.

Overall though, the Cruze is outclassed by almost all of its rivals in our opinion, except perhaps the positively geriatric Lancer – the only car in this segment which beats out the Cruze for age. The extra equipment from the Z-Series pack does liven it up, but it should be a few grand cheaper. Given there is only four months of production left, there will no doubt be plenty of scope to twist a dealer’s arm in that direction anyhow. Then, and only then does the Cruze SRi Z-Series value equation start to stack up.

CONS:
– Clunky gearshift
– Heavy and slow (for class)
– Dated styling inside and out
– Overly complex switchgear, MyLink bugs
– Dull engine; does not feel like a 1.6 turbo
– Much more modern rivals available for same money