The 2012 Porsche Boxster and Boxster S will go on sale in Australia in July, with prices starting at $1400 more than the outgoing model. The new model is more powerful, and features more technology. 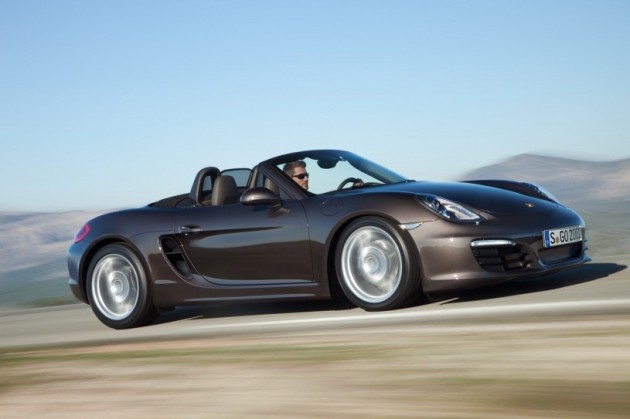 The new Boxster S also gets a jump in power output over the outgoing model. It comes with a revised 3.4-litre flat-six which now produces 232kW (up from 228kW). It’s able to crack 0-100km/h in 5.0 seconds in PDK form, and 5.1 in manual form, providing improvements of up to 0.2 seconds.

Other changes for the 2012 Porsche Boxster update include a sharp new body, featuring new panels, a more stiffer frame by as much as 40 per cent, a new rear spoiler, and redesigned headlights and taillights. The interior is also restyled in tune with Porsche’s new in-car design philosophy.