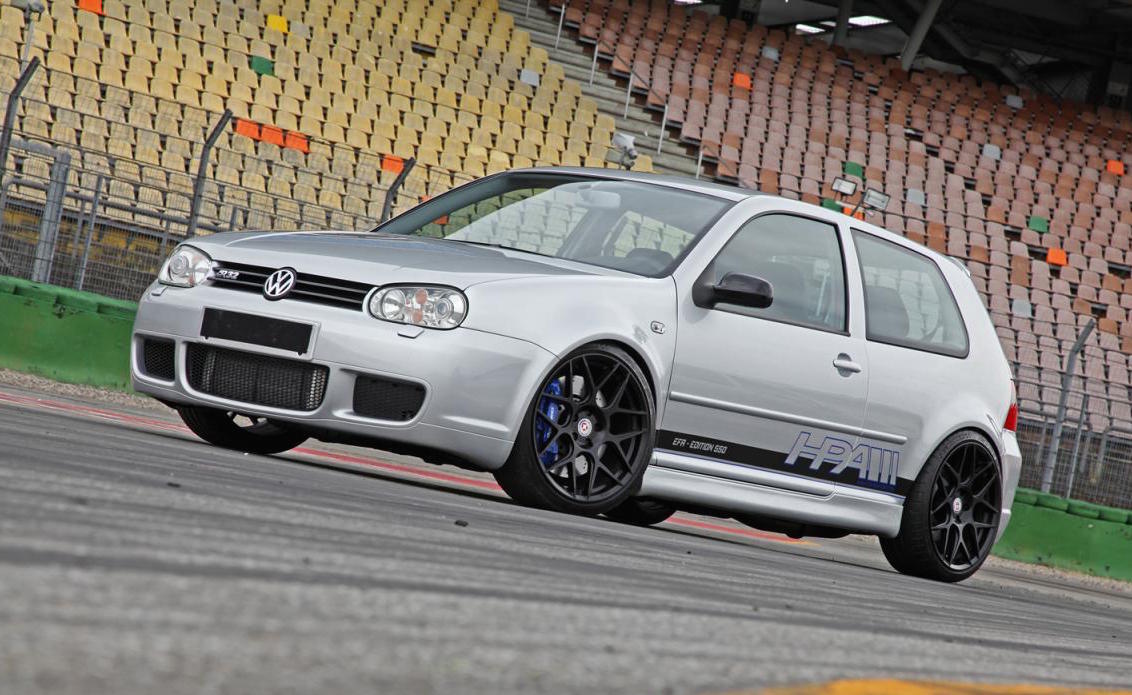 If you love your old-school hot hatches, you’ll like what HPerformance has done with a Mk4 Volkswagen Golf R32 here. 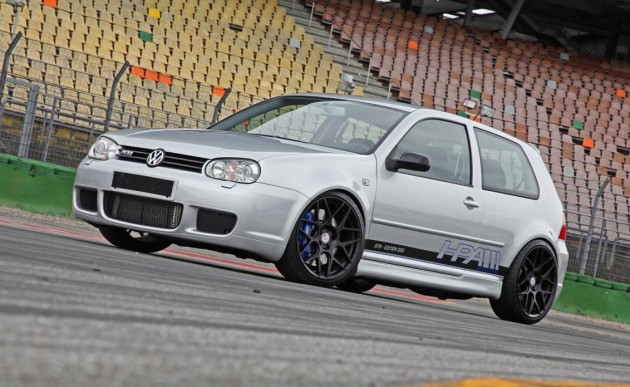 The R32 was the flagship variant in the Golf range at the time, before being named simply the Golf R like today’s model. There was a very good reason the car was called the R32 though; the 3 and 2 represent the engine size.

Yep, these little things came with a 3.2-litre V6 nestled under the bonnet. Output isn’t 177kW and 320Nm as it used to be. This particular example has a HPA EFR550 turbocharger bolted up.

Output now maxes out at a whopping 404kW of power and an equally tyre-ripping 730Nm of torque. The tuning firm hasn’t mentioned anything about performance figures, but we’d be guessing the 0-100km/h sprint comes up well under the factory 6.6-second time.

To keep the rest of the hot hatch looking as muscular as it goes, there’s a set of 19-inch HRE alloy wheels. A KW coilover suspension kit brings the body down nicely, with H&R stabilisers ensuring optimum handling. 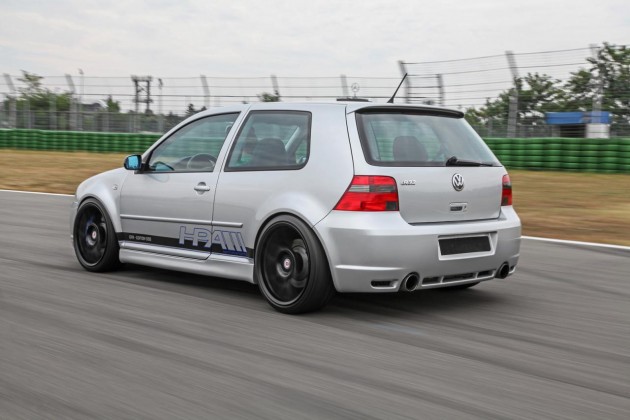 Some changes are also made to the body for a more exclusive look, including a chunky bodykit with unique front and rear bumper bars, and matching side skirts.