Today we find this simply awesome 1971 Datsun 240Z 3.1-litre stroker up for sale. It’s on eBay right now and the only thing bad about it is it’s not in our garage. It’s also in the US, which makes the pickup a bit difficult. 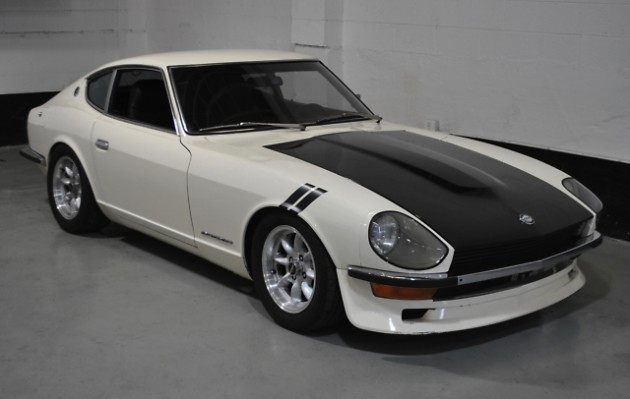 Even so, it’s a prime Datsun Z example with very tasty modifications. The extent of the mods keep with the era of the classic too, without ruining its heritage.

The engine consists of a 280Z block with a Maxima diesel crank machined and fit in to provide more stroke and an overall capacity of 3.1 litres. This is spun via the suction and explosion of fuel vapour conjured up by a mouth-watering Mukini triple carburettor setup (which is making us go ‘arhrhrrhrhr’ like Homer Simper over doughnuts right now).

Backing up the engine is a five-speed manual gearbox with a lightweight (3.8kg) flywheel. The seller says there were no corners cut in the overhauling of this tough 240Z, almost every component has been exchanged for a newer or higher performance item. 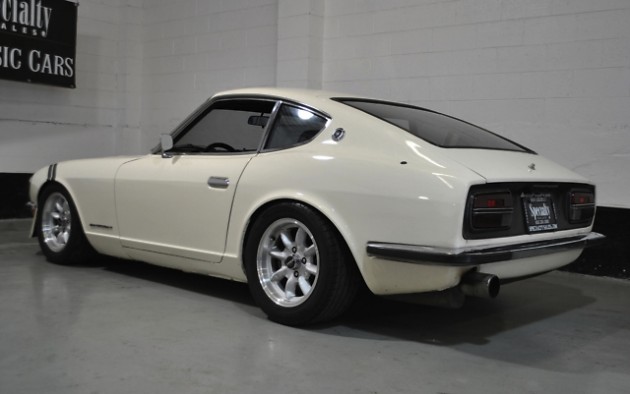 The brakes include Willwood discs on all four corners hiding inside perfect era-matching Panasport superlite-style wheels. The 240Z stroker is also supported by Ground Control coilovers front and rear with camber plates and fresh polyurethane bushings.

Meanwhile, inside, the interior exhibits its factory glory and doesn’t appear to be showing any signs of aging. The seller says that it has all been preserved very well, although, it does have new seats, carpets and headliner.

Other standout highlights include an aluminium-baffled race sump, E 12 module ignition setup, a three-inch exhaust system with heat-wrapped headers, an uprated radiator, new sway bars front and rear, a Quaife LSD and, to top it all off, Peter Brock’s signature on the glove box.

It’s a truly epic car that any passionate car enthusiast would love to own. If you’re interested in buying it, head on over to the eBay ad where it’s available at a Buy It Now price of US$16,990. You better be quick though it only has a couple of days left. We’d make an offer but we’re just too busy imagining the glorious sound it would make… and cleaning up the mess from under our desks, obviously.