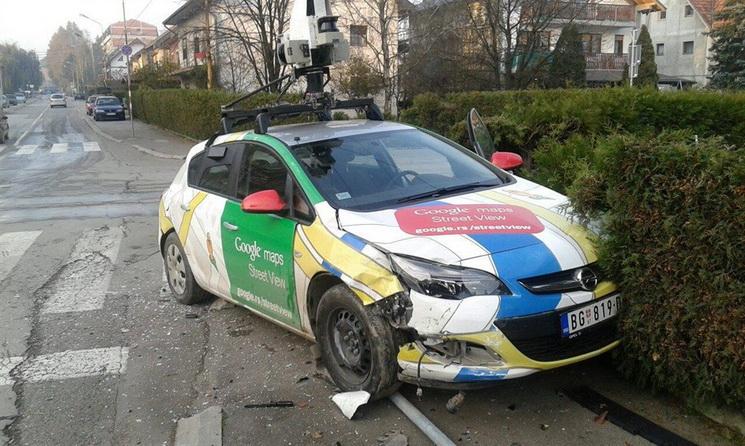 Regrettably, our newspapers are all too often littered with sorrowful reports of car collisions. Maybe that is why an article about a crashed Opel Astra in Serbia does not seem striking enough for you at first. This reader’s apathy, however, will doubtlessly change when the very same Opel Astra turns out to spend most days with a camera perched on top of its roof, laboriously recording images for Google Street View. 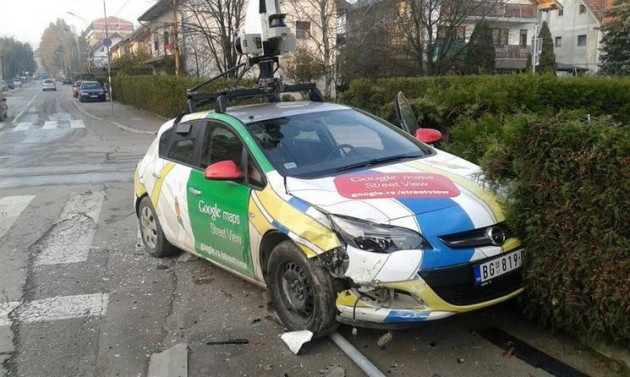 Indeed, the brightly coloured vehicle, known to register 360-degree photo spheres of streetscapes all around the world, was performing its daily duty in Požega when it had a rather harsh encounter with a Serbian pole. For reasons that remain unclear to this moment, the driver lost control of the car, which sped headlong into the skinny pavement denizen. The impact of the blow made the Opel Astra come to a standstill in the green embrace of a nearby hedge.

Fortunately, the car’s bush bump involved no other vehicles, and the only injuries caused by the incident were those wreaked on the pole-puncher itself. The minor operations will include replacements of the front bumper, the front right fender and fog light, as well as a bonnet revamp.

After these necessary face-lifts, Google’s steel servant will presumably hit the road again soon to go on hunting new stills of boulevards and back streets alike – hopefully without too many close-ups of local shrubbery.