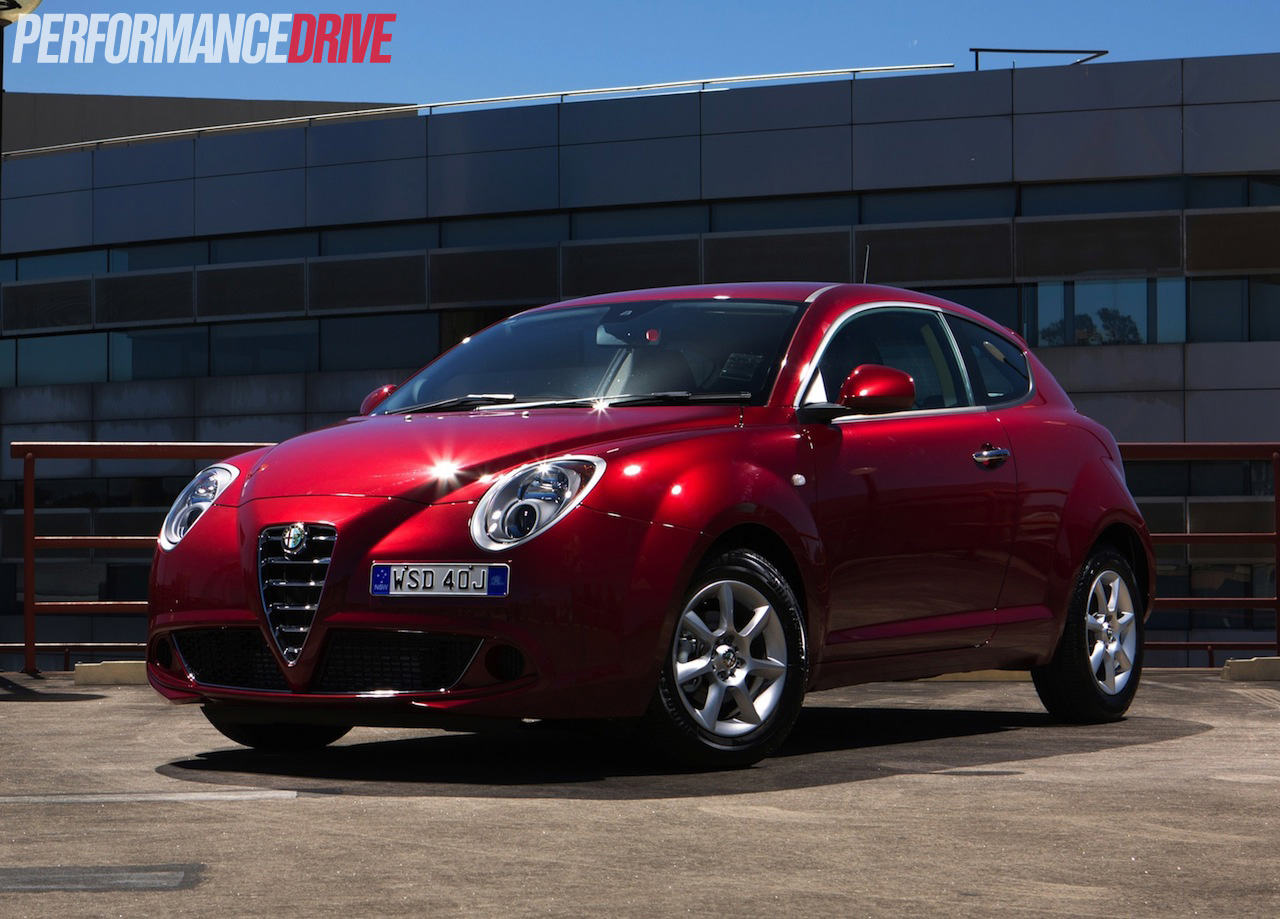 The 2014 Alfa Romeo MiTo TwinAir offers up a very tempting price entry point for a European hatch. It’s funky on the outside, and a fun car to drive at heart, but can the TwinAir’s 0.9-litre engine cope with Australian conditions? Or is the 1.4-litre turbo model better suited? 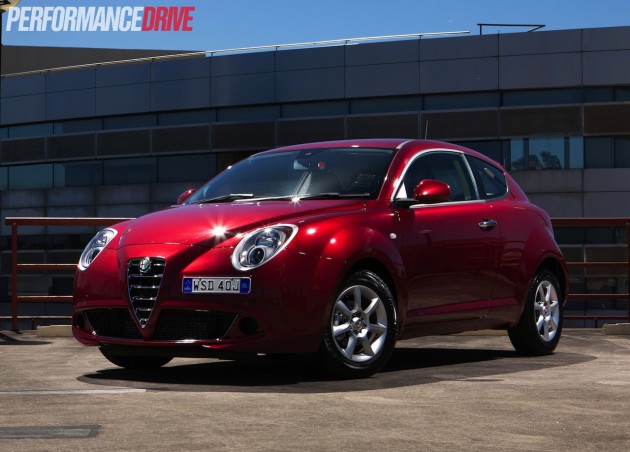 The MiTo range starts with the TwinAir model, priced from $22,500. It’s certainly sharp pricing for a Euro hatch. Just two years ago the entry-level MiTo was around $8000 more. The price restructure has a lot to do with Alfa Romeo now falling under the Fiat-Chrysler Group in Australia rather than being imported by a private enterprise.

The TwinAir model comes with a 0.9-litre turbocharged two-cylinder engine that punches out 77kW and 145Nm. It’s only available with a six-speed manual transmission, with an automatic saved for the higher-spec variants

If the two-cylinder 0.9-litre engine doesn’t tickle your fancy, the 99kW/206Nm 1.4-litre turbo MultiAir model starts from $24,500 with a five-speed manual as standard, or $26,500 with a six-speed twin-clutch automatic. Here we’re testing the entry-level TwinAir and the flagship (aside from the QV) Distinctive 1.4 auto. 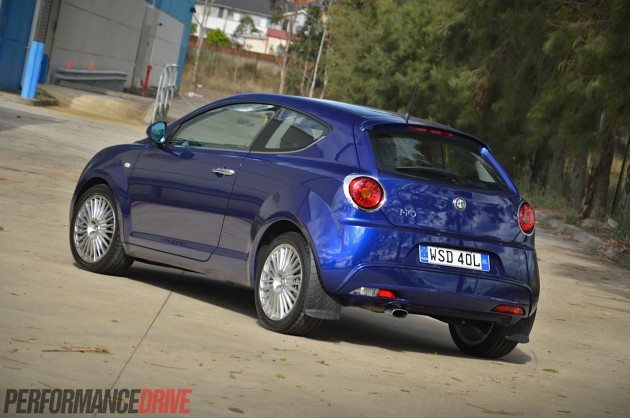 The 2014 MiTo features an updated cabin that includes a new touch-screen dash interface, new trim options, as well as new door cards. Also new to the 2014 MiTo is a fresh chrome front grille, privacy glass for the rear windows, and a restyled rear bumper.

Despite the MiTo’s small exterior, there is an airy feel to the cabin. The front seats are accommodating, but they could really do with better cushioning in the base model TwinAir. The rear seat can comfortably seat two adults, or three kids if you plan on carrying little ones.

Stepping up to the Distinctive gets you more sporty seats with bigger bolsters and increased lateral support, and a thorough dual-zone climate control system with a digital temp readout.

The 270-litre boot isn’t the most spacious in this class, but it’s quite deep. The boot area does become quite useful when you take advantage of the 60/40 split-fold rear seat, however, the rear seat won’t fold completely flat or even near flat.

Though the MiTo comes with a five-inch ‘Uconnect’ infotainment system, which is a huge improvement on the clunky system used previously, satellite navigation isn’t available on any MiTo models, which, in our opinion, is a bit of a fail. The saving grace, if you could call it that, is that you can stream navigation details via Bluetooth connectivity from your phone through the car’s six-speaker audio system.

Once you’re on the move all of the MiTo’s switchgear is easy to read and find in a hurry, and at arm’s length. During our week with the MiTo we did notice a few rattles and squeaks, and couldn’t help but question the build quality of some elements – the side mirror glass fell off during our time with the car, and the power windows were temperamental at times.

Safety-wise, the MiTo comes with seven airbags, as well as the usual shopping list of safety acronyms. ANCAP has awarded the MiTo a full five-star safety rating and a very high overall score of 36.1 out of 37.

There’s no denying the MiTo is one of the best-looking small cars on sale. The pumped guards give it a fat stance, and the signature Alfa front nose lets oncoming drivers know you prefer Italian when dining out. 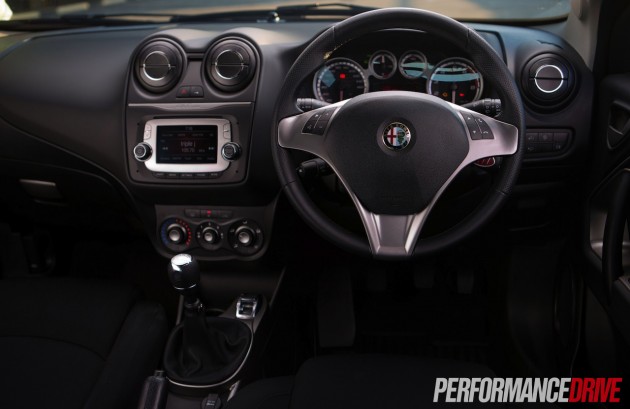 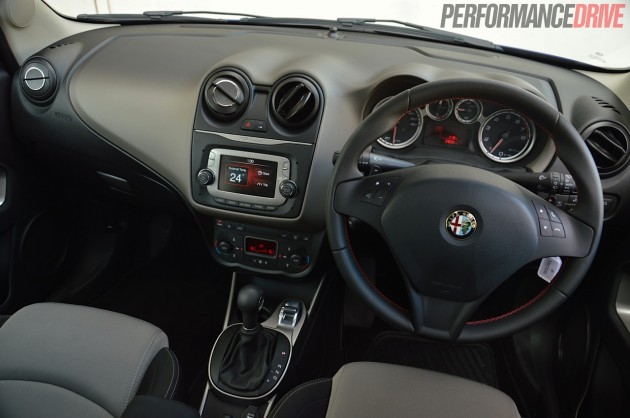 The MiTo TwinAir is one of those cars you almost forgive for being slow because it’s so full of character. Once you’re up to speed, the MiTo is happy to flow with the traffic. The same can’t be said for things out on the freeway. The TwinAir is capable of breaking the national speed limit, but it doesn’t have the oomph to make any quick overtaking moves.

Alfa’s DNA switch in the centre console allows you to adjust engine response and the transmission in the case of the auto Distinctive. Dynamic mode is the setting you want to keep it in; it breathes some life into the TwinAir engine which is otherwise flat in the other modes (All-weather and Natural).

The 0.9-litre engine sounds like an old-school rally car from the inside. However, as soon as you think it’ll pick up more speed, redline pops up and it’s time for another gear. The lack of engine displacement means the turbo has to work hard, providing short breaths of power before its time to grab another gear.

Despite being such a small engine, it’s a surprisingly rewarding drive that manages to get you to crack a smile at different times. Mainly from the noise it makes. The engine also features stop/start technology, which helps the TwinAir model achieve its low official combined rating of just 4.2/100km.

The idea of a turbocharged small-capacity engine is to be as frugal as possible. The car’s official combined fuel usage might be 4.2L/100km but we could only manage 8.3L/100km overall. We’ll admit we did leave it in Dynamic mode for 90 per cent of the week because the other modes just aren’t responsive enough.

In the 1.4 version, the MiTo is noticeably more athletic. Higher peak power obviously helps when you’re driving enthusiastically, but it’s the lower down torque that makes the drive more enjoyable. Torque peaks at 206Nm and it’s available from 1750rpm. In the TwinAir, which weighs roughly the same (1127kg versus 1167kg in the 1.4 auto), peak torque is just 145Nm and comes in at 2000rpm.

The MiTo brakes and steers like a true supermini, railing corners and tackling twisty roads with precision. It has the kind of chassis that asks you to throw it around and point it towards the hills.

Overall, the MiTo is far from a perfect drive. The six-speed’s gear change is quite notchy and disconnected, and the ride is firm and tends to crash over holes and bumps in the road. The driving position also feels quite unnatural, especially if you’re nearing 190cm tall.

Our main gripe is the 0.9-litre engine. It is an award-winning unit with loads of character, and it shows true ingenuity, not to mention the potential efficiency. The problem is it doesn’t feel like it belongs in the MiTo. It actually debuted in the Fiat 500, which is a vehicle that’s almost exactly 200kg lighter. In that it’s great. Our advice is to stretch for the 1.4. It’s much better matched to the MiTo’s weight and enthusiastic chassis. 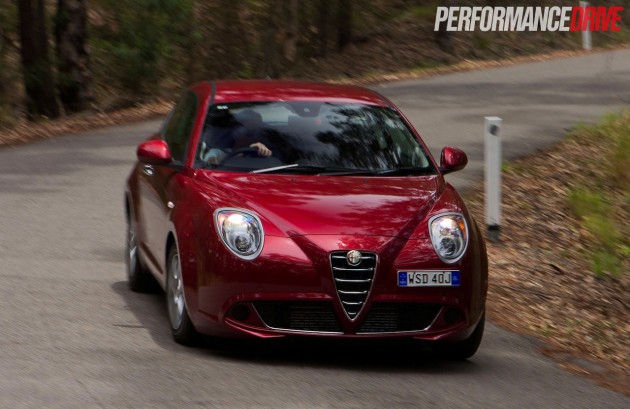 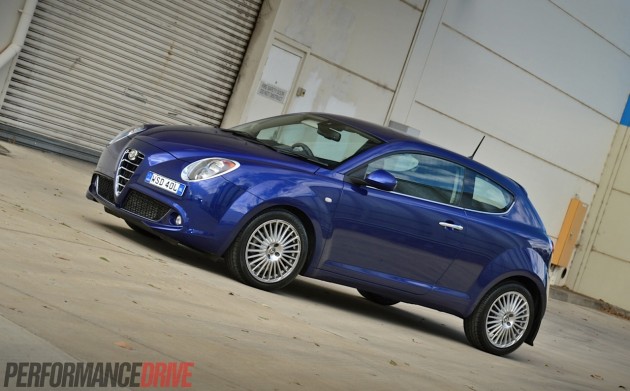 The low entry price for an Italian hatch, regardless of the specs, is attractive. For around the same money you can get into a similar-sized competitor from Volkswagen or Toyota that also offers decent dynamics and creature comforts, but they lack the Italian sparkle of the MiTo.

You forget about its flaws and begin to reminisce about cool Alfa’s of the past, and the traffic light status that comes with owning such a sexy supermini. The 0.9-litre engine won’t set your emotions alight, but it does its job, and sounds cool from inside the cabin.

If you’re set on owning a MiTo, spend the extra money and go for the 1.4-litre turbo (see video above). The extra two-cylinders, extra interior kit, as well as better-looking wheels makes it the more complete and easy-to-live-with option. 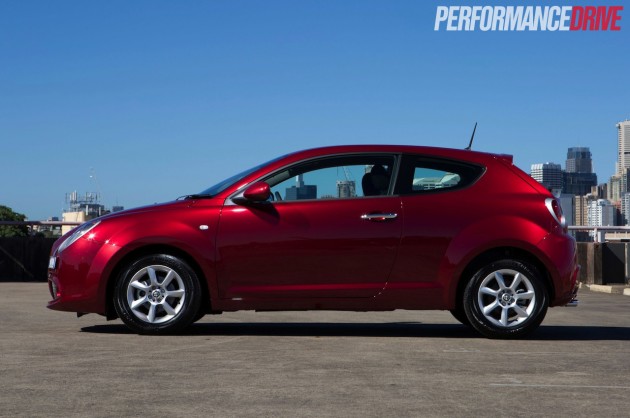