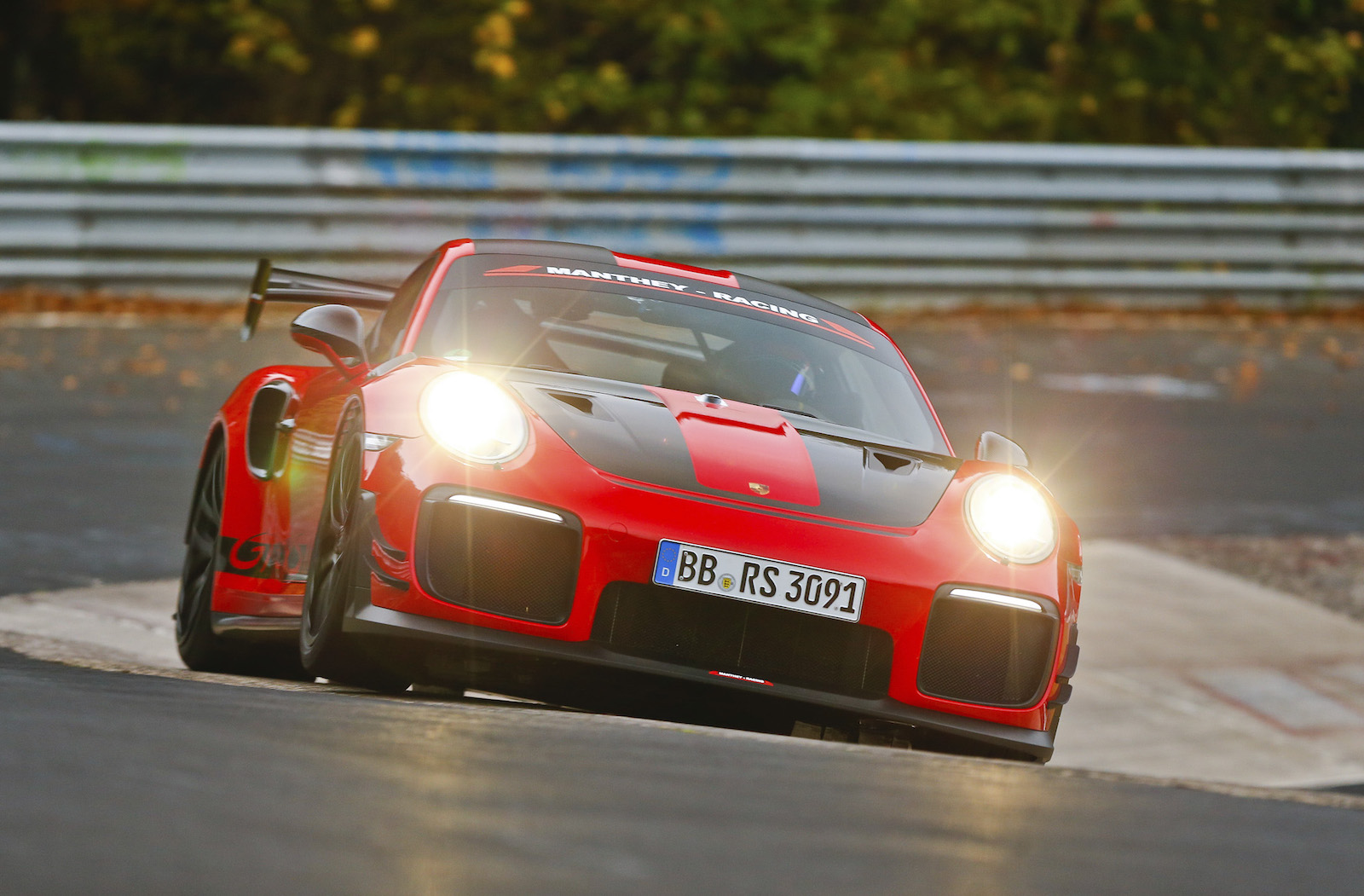 Porsche is reclaiming the Nurburgring lap record for a road-legal vehicle, using a 911 GT2 RS MR to clock an incredible lap time of just 6:40.3. 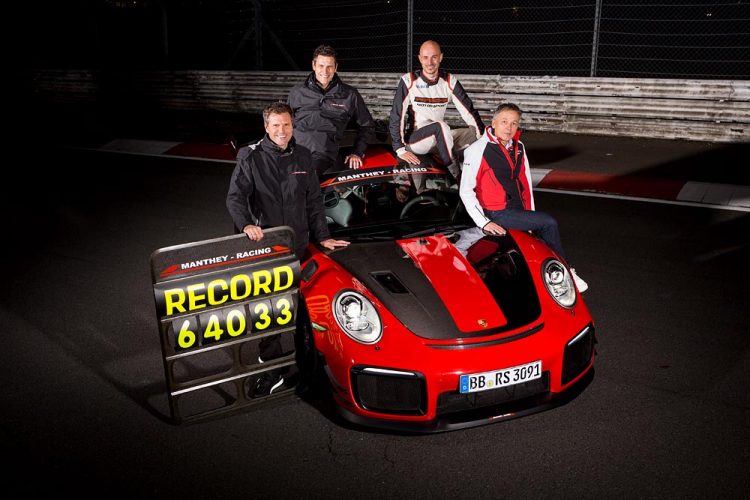 This is the quickest-ever lap for a road-legal vehicle. It can’t really be regarded as the fastest production car as the GT2 RS in question was specially fettled by Porsche engineers and Manthey-Racing for the circuit. The production car lap record will probably remain in the hands of the Lamborghini Aventador SVJ, which posted a time of 6:44.97 in July.

So, what’s the difference between the GT2 RS MR and the regular production-spec GT2 RS? Porsche says the driver’s seat was swapped to a racing bucket seat purely for safety reasons, and says no weight reduction benefits come with the swap. However, the company says the car was set up specifically for the track. In a statement, Porsche said:

“The Porsche 911 GT2 RS was equipped with the new performance kit from Manthey-Racing, supplemented by an overall vehicle setup tailored to the circuit characteristics of the Nurburgring-Norschleife.” 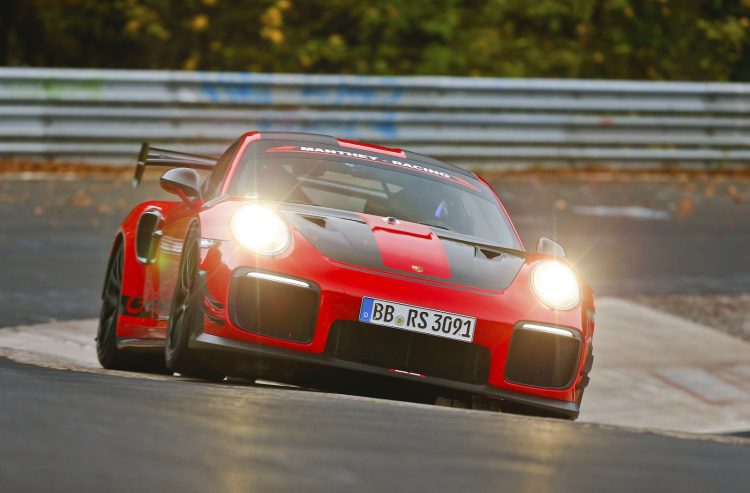 Lars Kern piloted the GT2 RS MR for its blistering sprint. Kern was the driver who set the production car lap record last year with the regular 911 GT2 RS, posting a time of 6:47, before it was reset by Lamborghini. Kern is a racing driver and also a Porsche test driver. He spoke of the lap, saying:

“The drive was great fun. The balance of the car is also very good with the new package. I did not have to take any great risks to be fast. But I only had one attempt because it was already getting dark. It worked out first time though.”

Although the vehicle isn’t technically a production car in production specification, the regular engine is retained. It’s a 3.8-litre twin-turbo flat-six that produces 515kW and 750Nm, sent to the rear wheels via a seven-speed dual-clutch automatic. Thanks to all of that power and a kerb weight of just 1470kg, acceleration from 0-100km/h takes a claimed 2.8 seconds, with a top speed of 340km/h. These are perfect stats for a big track such as the Nurburgring. Click play below to see the record run.