Subaru Australia has released details of the new 2013 Subaru Forester XT; the sporty performance version of the new-look Forester. It comes with more power and torque – despite a downsized engine – improved aerodynamics, and reduced fuel consumption. 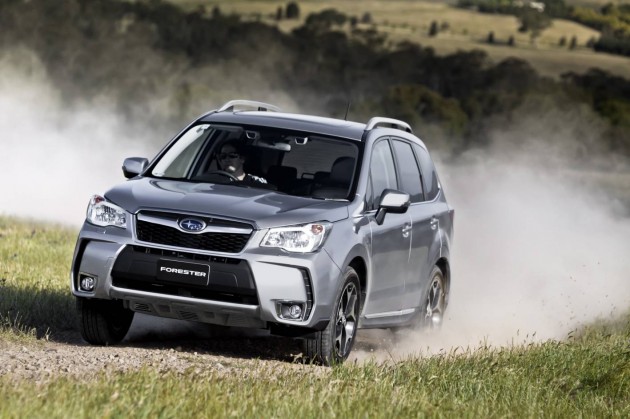 Although performance figures haven’t been mentioned, the 2013 XT is likely to be quicker than the outgoing model, even though around 70kg has been added to the Forester’s weight. The current model is able to do the 0-100km/ dash in 7.1 seconds. 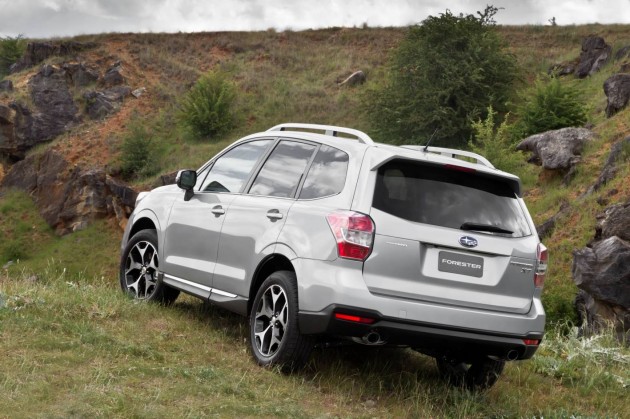 Unfortunately for manual transmission lovers, the new model is only available with a new Lineartronic CVT (continuously variable) transmission.

These types of gearboxes are usually regarded as being less than sporty, however, with paddle shifter control, the new ‘box offers a number of versatile manual modes, including a six-speed mode and an eight-speed mode in the ‘S’ setting.

Subaru says the “paddle shifters make it instantly possible to select the driver’s preferred gear”, even if the driver wants to select second gear for taking off during extremely slippery conditions, for example. 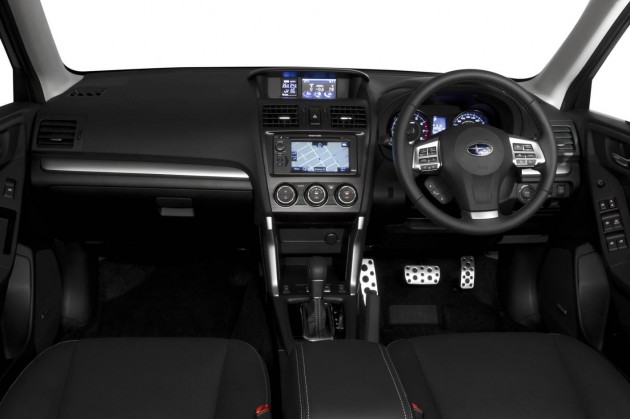 In terms of design, the 2013 Subaru Forester XT comes with an aerodynamic body which is 11 per cent more efficient cutting through the air than the outgoing model. This helps with performance obviously, but also fuel efficiency. The co-efficient drag has been tested at 0.33.

Other changes for the 2013 XT include improved soft-touch interior trimmings and fixtures, a larger cabin thanks to a 25mm longer wheelbase, a sunroof, improved NVH (noise, vibration, and harshness), and a new X-Mode all-wheel drive setting which uses Hill Descent Control and Vehicle Dynamics Control to offer greater off-road capabilities.

“The XT is that sporty alternative, but not at the expense of creature comforts, ride and refinement. Comfortably quick is its catchphrase.

“There’s a heap of new technology plus great advances in cabin trim, suspension, transmission and engine efficiency that make this a powerful package in every sense.

“Factor-in the lower emissions, fuel consumption and increased towing (1600kg to 1800kg), and you’re looking at our best-ever turbo petrol Forester that comes with the peace-of-mind of Subaru durability, five-star safety and our long-established rock-solid resale value.”

Full prices for the new range below (excluding on-road costs):