Red Bull Racing has unveiled its new 2013 ‘RB9’ Formula One car in Milton Keynes, UK. Like many of the other team’s cars, the RB9 is, on the surface, pretty similar to the 2012 car in terms of specification. 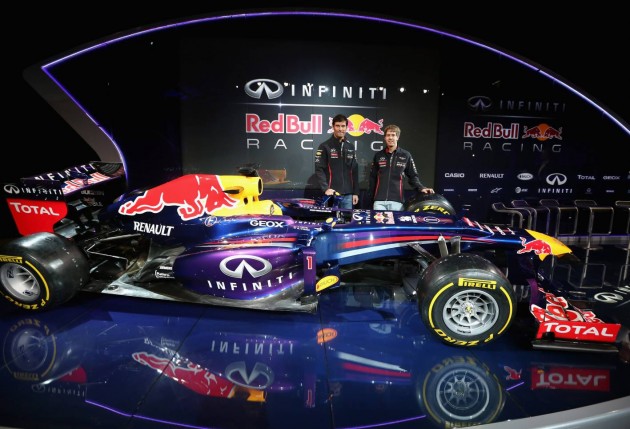 Unlike Ferrari and Mercedes-McLaren, Infiniti Red Bull Racing has selected not to go for the nose cover which is now permitted. The cover simply straightens out the often criticised ‘broken nose’ kink that was introduced last year.

One of the biggest changes for the 2013 RB9 car, technically, is a new set of Pirelli tyres. Although the car ran on Pirellis last year, chief technical officer Adrian Newey recently explained,

“RB9 is an evolutionary car. Probably the most significant change is not the regulations, but the new Pirelli tyres. We had a quick test with those in practice ahead of the Brazilian Grand Prix but in truth we didn’t learn a lot because of the conditions.

“Pirelli have supplied us data about how the new tyres behave but past experience tells us that it’s only when we go testing that we really find out.”

Testing will commence tomorrow in southern Spain at the Jerez de la Frontera circuit. Mark Webber will be first behind the wheel, testing on Tuesday and Wednesday, while Sebastian Vettel will run the car on Thursday and Friday. 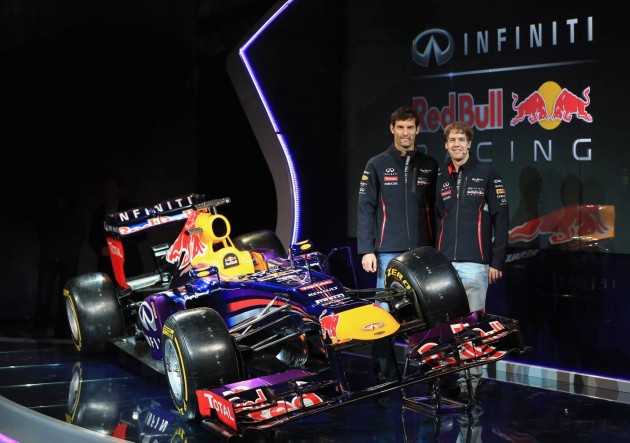 Last year’s triple world champion Sebastian Vettel as well as Australian Mark Webber will drive the new car for this year’s rounds. This will be Vettel’s fifth season with Red Bull, while for Webber, it’ll be his seventh. Webber recently said,

“The fact that this is my seventh season with the team is a massive advantage,” said Mark. “I couldn’t have envisaged it when I joined and it’s hard to believe that you could be with the same Formula One team for seven years, as continuity is not always easy to achieve in this sport.

“I think the way we keep people excited and motivated here is important. It’s quite a small operation, but obviously we’re big on ambition and desire and that makes us perform very well. I’ve really enjoyed the years I’ve had here so far and I can’t wait to get going this season.”

The 2013 F1 will kick off with the Australian Grand Prix, taking place on the weekend of March 17.