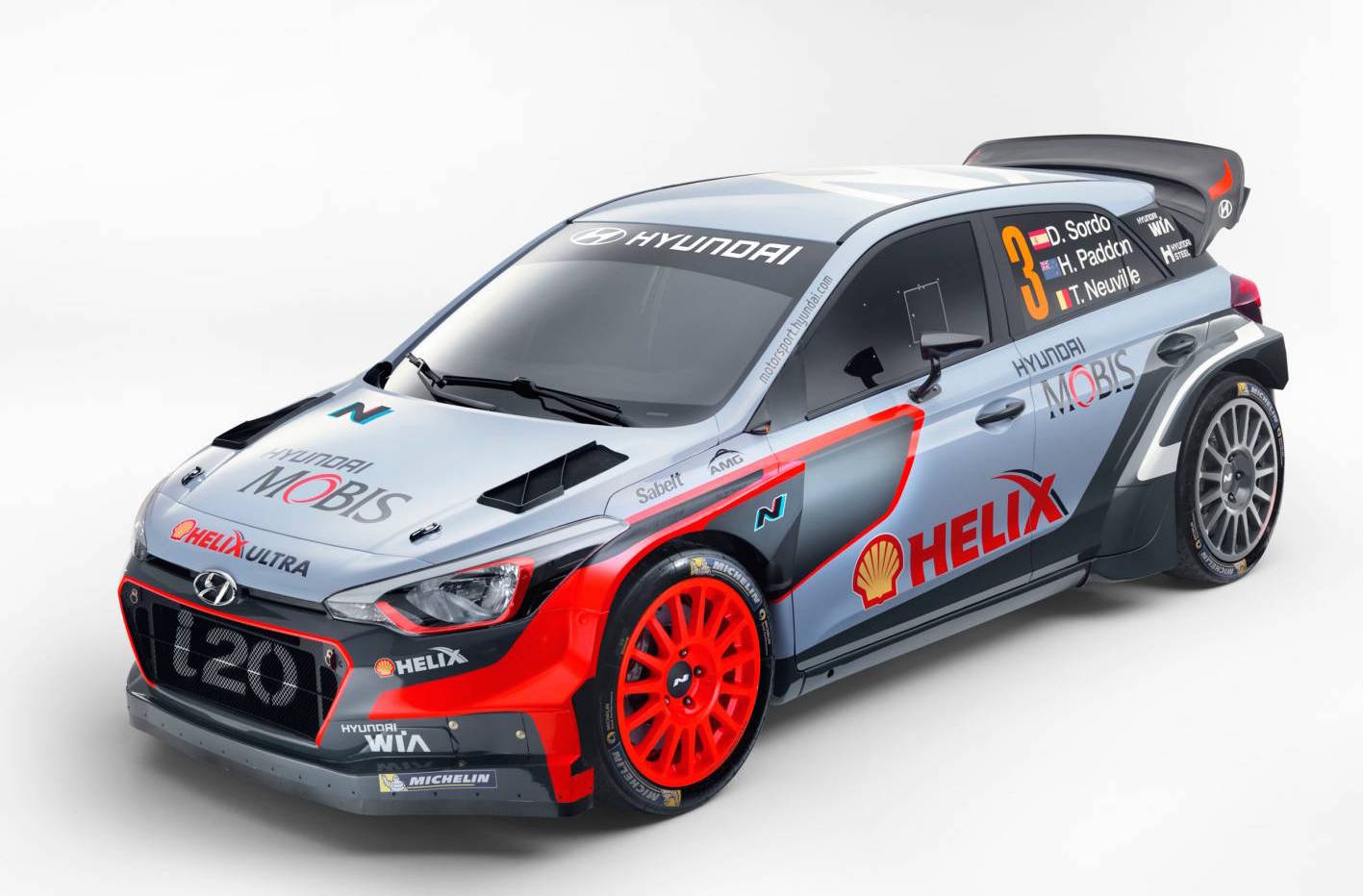 Hyundai has taken the wraps off the i20 WRC, the vehicle the Korean manufacturer hopes will bring home victory in the 2016 series. 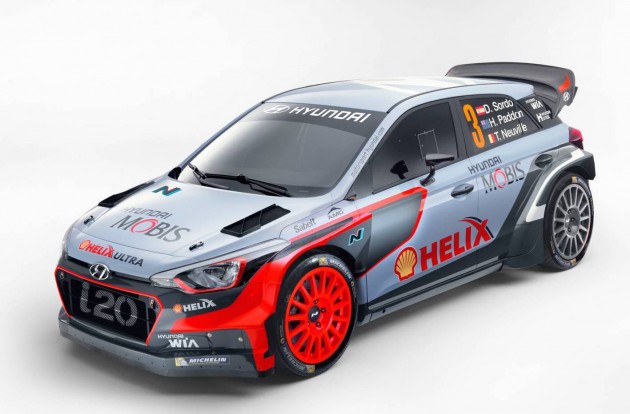 The veil was lifted at Hyundai’s base in Alzenau, Germany. It will prove its worth at all 14 rounds of the 2016 WRC season, with drivers Dani Sordo, Hayden Paddon and Thierry Neuville, opening at Rallye Monte Carlo in January.

The i20 WRC is powered by a 1.6-litre heavily turbocharged engine pushing out around 224kW and 400Nm. As per usual, power is transferred to all fours via a six-speed sequential transmission. Power is kept under control by a Magnei Marelli SRG ECU.

Updates from the 2015 car include a new front splitter and rear spoiler design for increased cooling, as well as chassis and suspension recalibrations. When racing off road, the i20 WRC rides on 15-inch wheels with Michelin Latitude Cross tyres, and 18-inch Michelin Pilot Sport tyres on tarmac. Team Principal Michel Nandan said:

“The New Generation i20 WRC is the product of a full year of development and with a more experienced team of staff, we should now raise our objectives to be more confident to fight at the front. The competition remains strong and we know our manufacturer rivals will not ease in their pursuit for victory but we want to take the fight to them in 2016.”

Hyundai will be running three cars next year, with two of these 2016 versions until Rally Sweden before all three join. 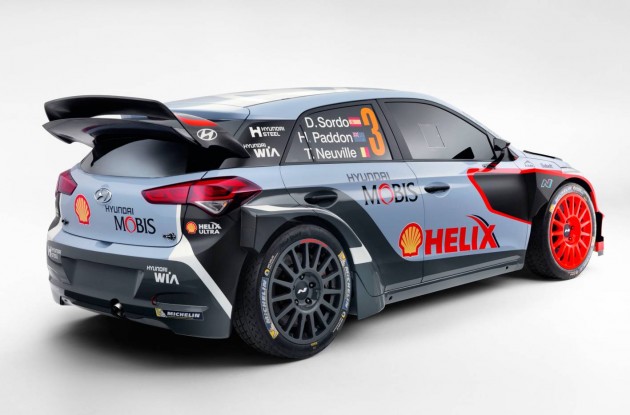