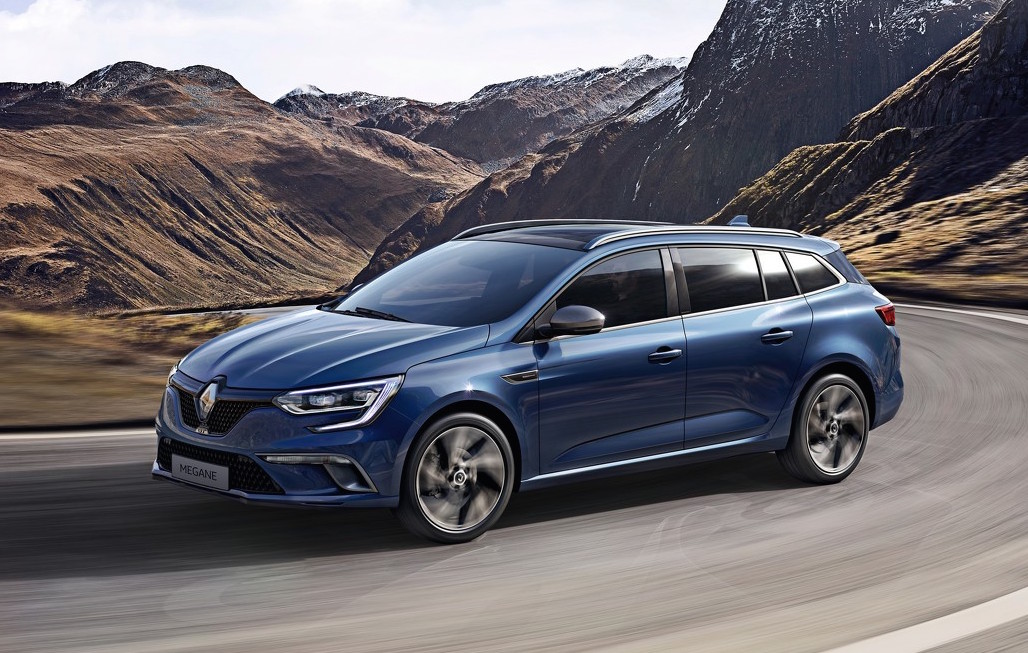 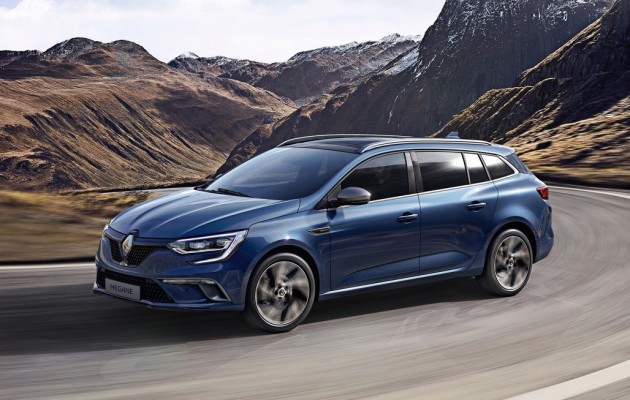 Only a couple of images have been revealed at this stage, with no specific details released. But we get a good look at the exterior for the first time. It sports a low and wide stance, with aluminium roof bars accentuating the swooping roofline.

Of course, the styling takes the shape of the new-look Megane which was revealed last year. Key highlights include the updated headlights with LEDs, horizontally-themed lower intake with honeycomb mesh, and a fresh grille design.

Perhaps the most interesting element to the Sports Tourer GT is the introduction of 4CONTROL four-wheel steering. According to the manufacturer it is the first of such systems to be offered on a C-segment wagon.

The 4CONTROL system helps to provide dynamic handling on twisty roads, while also making the car more agile and easier to thread through tight city streets. It’s understood the system will only be offered on the range-topping GT variant as shown here.

As for powertrain details, Renault is likely to offer the Sports Tourer with a range of turbocharged petrol and diesel engines, with the flagship GT expected to come with a 151kW TCe petrol.

All specs will be revealed at the car’s big debut in Geneva, with market entry taking place later this year. The Geneva show starts on March 1. 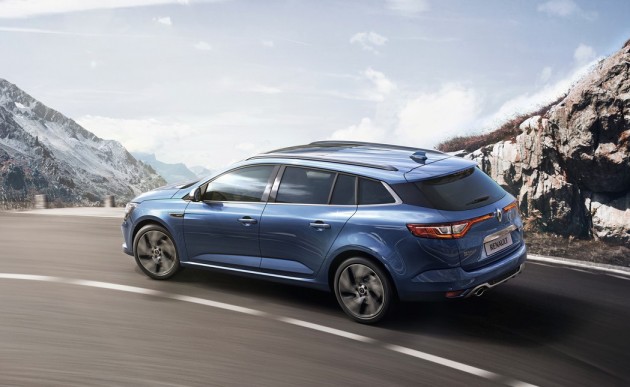