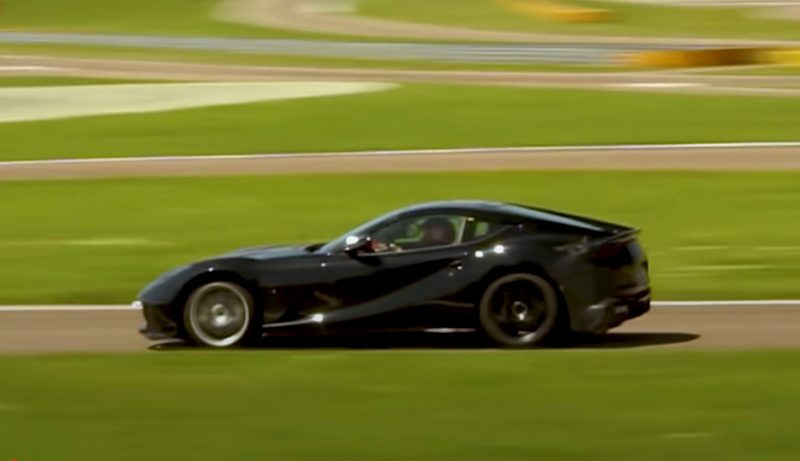 Ferrari has been spotted testing a prototype which is said to be the makings of a new GTO model. An 812 GTO? It looks and sounds ferocious, that’s for sure. 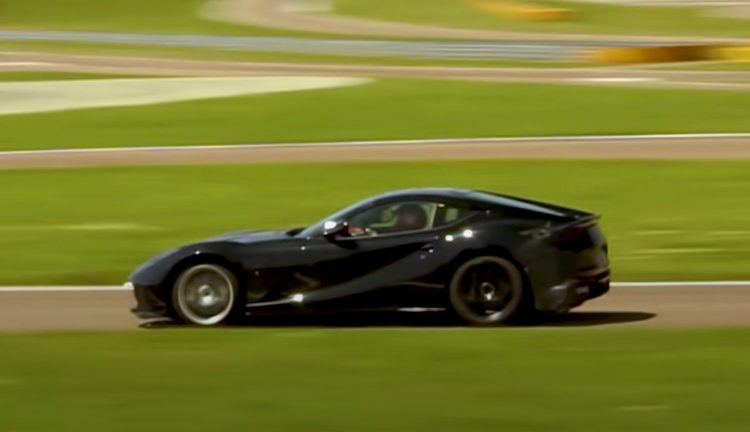 The prototype was spotted on Ferrari’s own test track in Fiorano, near the company’s headquarters in northern Italy. Conveniently, the video also shows a standard 812 looping the circuit so we can compare various elements, such as the design and engine sound.

Firstly, the design. It is only a prototype so we probably shouldn’t look too far into it, but the rear seems to show off a much chunkier diffuser, even if in makeshift form, with quad-outlet exhausts extending further back than the regular 812. There also appears to be a more aggressive front spoiler system.

As for the engine sound. There is definitely a deeper note, as highlighted by the video uploader. In standard form the 812 comes with a monster 6.5-litre naturally aspirated V12 engine that produces a truly colossal 588kW and 718Nm. This is one of the most powerful naturally aspirated engines currently in production.

For the ‘GTO’ there’s talk of the V12 having a last hurrah before Ferrari introduces its next-generation of engines, likely with turbocharging and/or electrification support. At the moment the V12 is found in the SP1 and SP1, and the 812. The unit, codenamed F140, has had a good life after originally debuting in the Enzo, albeit in different tune and featuring different tech.

The only way is up, really. We’d anticipate a slight bump in those epic figures, perhaps even nudging the 850PS mark (626kW). Whatever the model ends up being, even if it doesn’t wear the legendary GTO nameplate, some degree of weight reduction is also likely.

With more power and less weight, the special version could be one very quick machine. Other highlights that will probably help, such as lightweight wheels, bigger brakes, special suspension, and an enhanced interior, are sure to ensue utter exclusivity and performance.

We haven’t heard anything about the model, whatever it is, but Ferrari is usually pretty good at pulling out surprises. Given this prototype doesn’t appear to be wearing heavy camouflage, a debut could be just around the corner. Check out the spy video below for a preview.

UPDATE: We’ve found another spy video of the prototype. See further below the video below.