Renowned supercar tuner Edo Competition has released a tuning package for the Porsche Panamera Turbo S. Power is rated at a whopping 515kW. 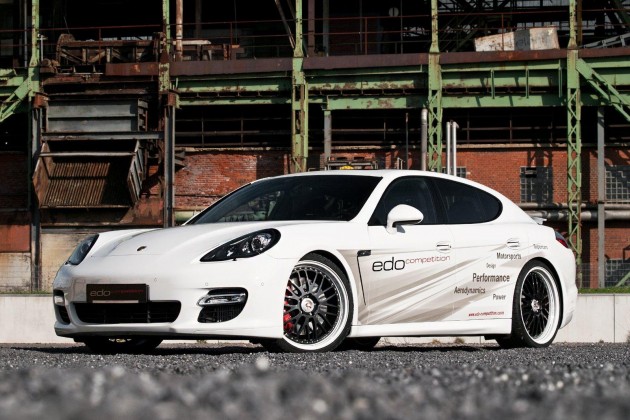 You may remember Edo Competition as the company behind the FXX bodykit that was fitted to the Ferrari Enzo that crashed into the ocean least year. The company specialises in all sorts of tasty tuning packages for exotic vehicles.

In standard form the Porsche Panamera Turbo S is no slouch. It comes with a 4.8-litre twin-turbo V8 offering 410kW of power and 750Nm of torque, linked up to an all-wheel drive system.

The Edo Competition pack, consisting of new turbochargers and custom exhaust manifolds, high-flow catalytic convertors, and a stainless steel exhaust system, as well as a retuned ECU, bumps power up to 515kW, while torque is rated at 880Nm.

Edo Competition says the kit helps the Porsche sedan blast off from 0-100km/h in just 3.5 seconds, while top speed is electronically limited to 340km/h.