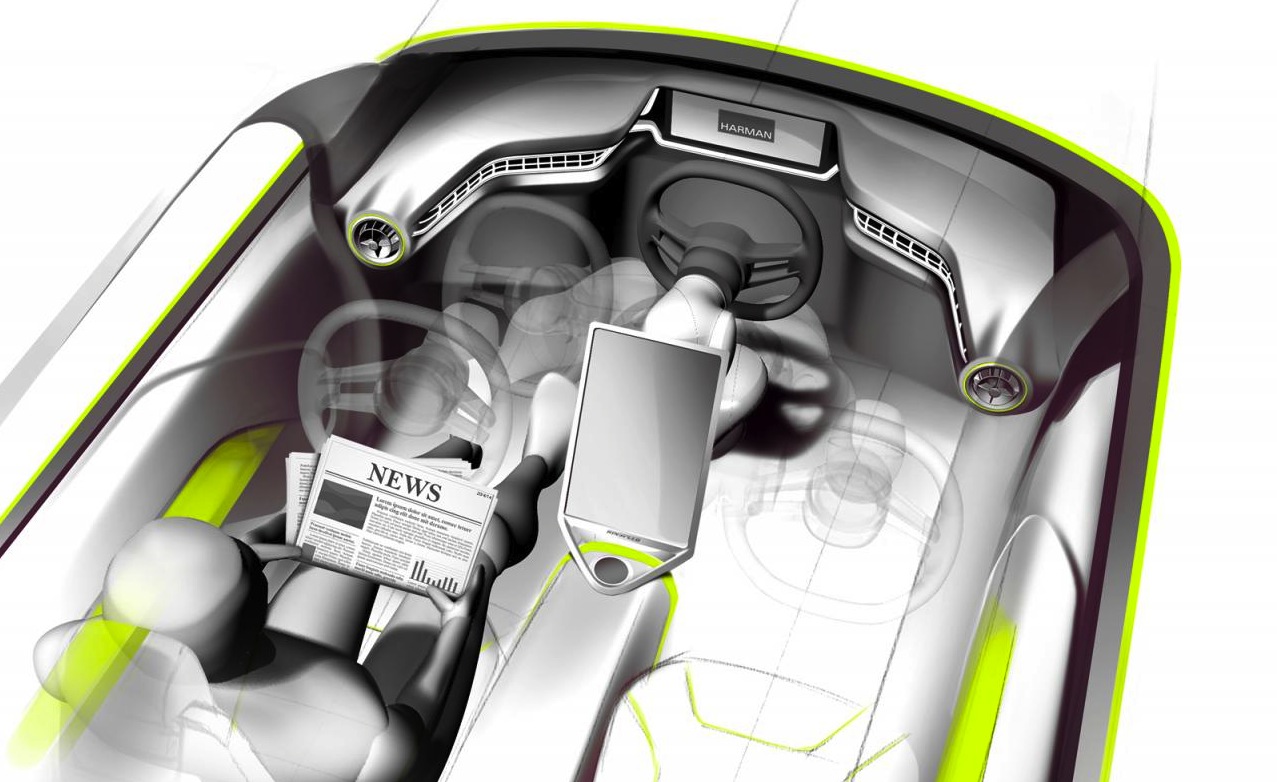 Bespoke car manufacturer and tuner Rinspeed has come up with an intriguing ‘Budii’ concept it is planning to unveil at the 2015 Geneva Motor Show, based on the BMW i3 electric vehicle. 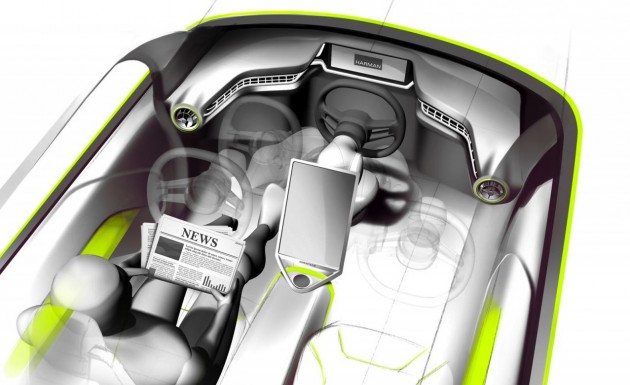 If you’ve never heard of Rinspeed before, it’s worth doing a browse on the internet to see what sort of projects the Swiss company usually comes up with. You’ll see lots of wild and wacky creations, loosely modelled on mainstream production cars.

For next year’s big event Rinspeed will showcase a fully electric city car which is also autonomous. Specific details are still tightly wrapped, however, the driver will be able to take control at any time via an innovative switch-around steering wheel system.

As you can see in the interior sketch, the cabin layout has been made primarily as an autonomous vehicle, with a centre robotic arm capable of rotating around the steering column for the driver. Aside from the techno gadgetry underneath, the Budii concept showcases unique exterior styling compared with the BMW i3.

There’s heavily bolstered wheel arches which give the city car a much more prominent and aggressive stance, as well as deep dish alloy wheels and some yellow highlighting to brighten up the design and to provide some contrast. There’s also what appears to be an advanced camera and sensor module on the roof, looking a bit like a vent on a rally car.

Full details will be revealed at the 2015 Geneva show which runs from March 3 to 15. Stay tuned for plenty of updates. 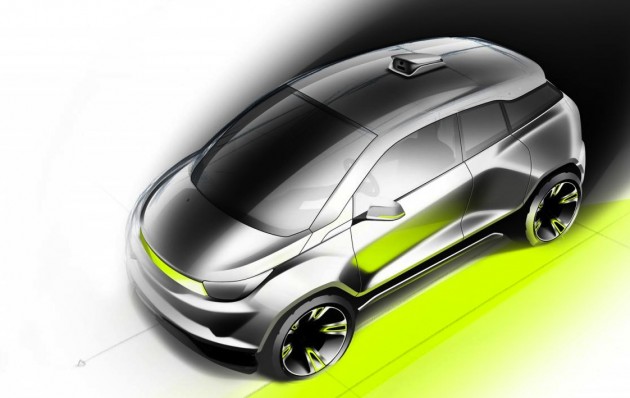