If you’re thinking of getting into endurance racing, the new Reiter Engineering Lamborghini Gallardo LP600+ GT3 package could be right down your alley. 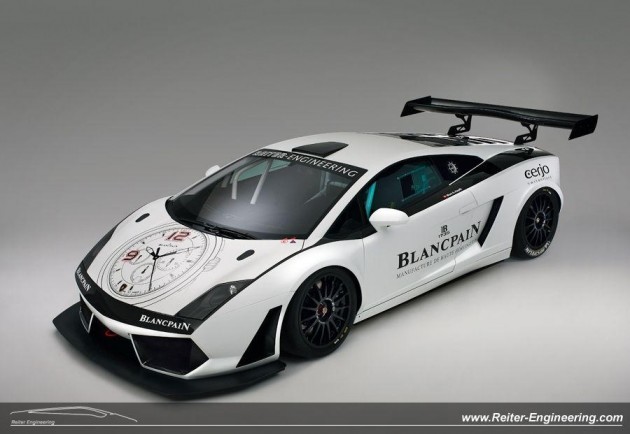 The German-based Reiter Engineering company has just released its latest 2012 build package which has been specifically developed for GT3-style endurance racing.

It not only looks fierce, with aggressive front and rear bumper bars and large rear spoiler and front splitter system, the Lambo has also been mechanically prepared to last lashings of track work. 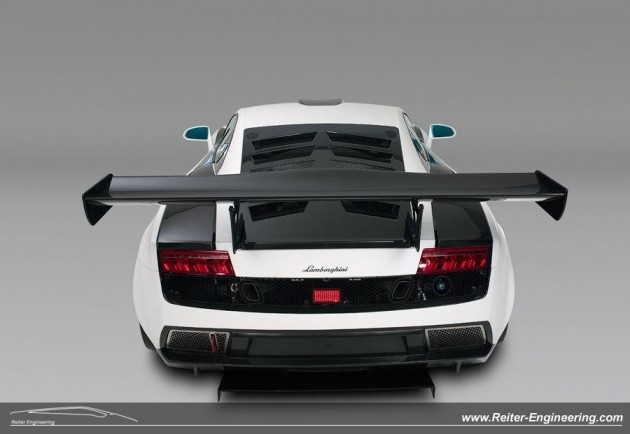 The factory e-gear transmission, for instance, is replaced with a Hollinger ‘box that is lighter in weight and is said to be a lot more robust than the standard item, ready for hours and hours of punishing changes.

In the back, the Reiter Engineering Lamborghini Gallardo LP600+ GT3 comes with an awesome 5.2-litre V10 engine that belts out 441kW of power (592hp).

Other upgrades include an AP Racing brake kit consisting of six-piston calipers with revised cooling for optimum on-track performance, as well as reconfigured suspension not only to improve cornering grip but also to optimise tyre wear.

The Reiter Engineering Lamborghini Gallardo LP600+ GT3 package is expected to be ready for various GT endurance races, such as the 24 Hours of Dubai and Gulf 12 Hour in Abu Dhabi.

Love the black and white theme. Looks menacing yet clean, don’t you think?