Even though its chances of ever coming to Australia are extremely slim, Hyundai has pulled the wraps off the sporty new 2013 Hyundai i30 three-door hatch that we thought you might like to see. The new model will debut at the 2012 Paris Motor Show in just a couple of weeks. 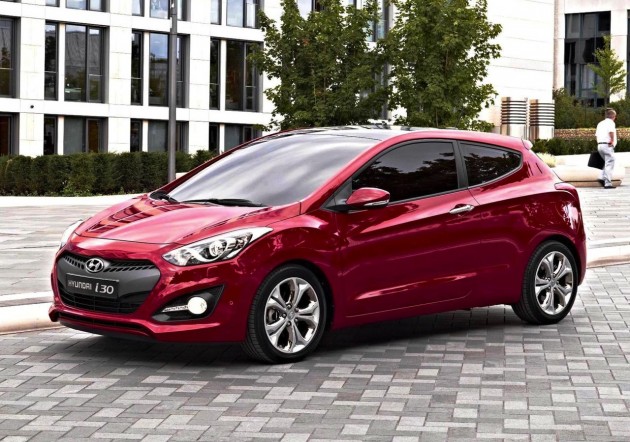 Like the new 2012 Hyundai i30, the three-door version showcases the company’s latest ‘fluidic sculpture’ design language. With no rear doors its gives the stylish shape an almost coupe theme.

From the front the three-door can be distinguished by a new black mesh grille, new fog light clusters, and a fresh lower front bumper bar. A set of bespoke 16-inch alloy wheels are also unique to the three-door. 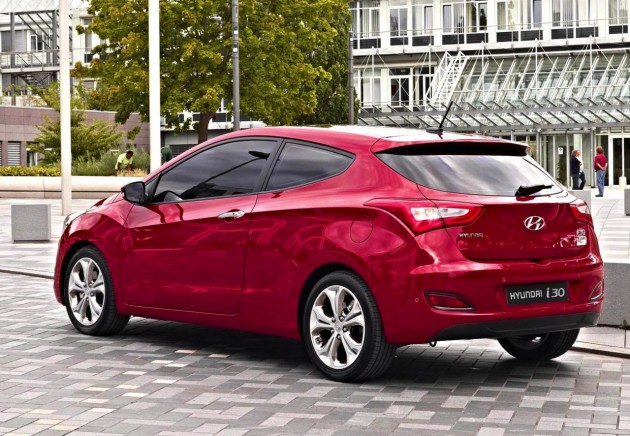 At the back the difference is more obvious, with the inclusion of swooping C-pillars, a new bumper bar, and a horizontally-opposed set of fog lights which replace the vertical style on the normal five-door hatch.

Power comes from the same lineup of petrol and diesel engines as what is offered in the normal five-door.

Hyundai says the three-door has been designed, engineered and manufactured in Europe, for the European market. It will go on sale there in the very near future.