Firefighters are continuing to battle raging fires in Colorado Springs in the US, with many homes already destroyed. Understandably, the 2012 Pikes Peak International Hill Climb event has been postponed. 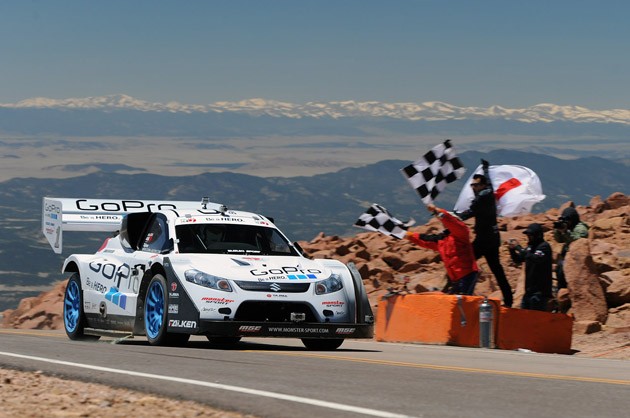 The event was scheduled for July 8, however, due to the fires and subsequent concerns, a new date will be sorted. Organisers are set to meet in around two weeks to work out a suitable date.

With up to 211 entries in the event this year, and loads of sponsors and media already prepared to flock to the venue, organisers say they are going to do their best to slot in a new date that suits everyone.

Tom Osborne, chairman of the board of the PPIHC and President and CEO of the Colorado Springs Sports Corporation, recently spoke about the postponement. He said,

“We have been informed by the U.S. Forest Service that conditions are so extreme, along with the inability to forecast the future of the fire, and with access to Pikes Peak in jeopardy that the agency can’t permit the event to go as scheduled.

“Our deepest concern is for the safety of the public and the competitors, and it was obvious that several agencies charged with public safety would not be able to commit the resources and manpower required to ensure those requirements because of the critical need for their resources at this time. Our city is in an unprecedented struggle right now and we are deeply sensitive to it.”

Up to 32,000 people have been forced to evacuate their homes in the Colorado Springs area. The fires are being described as “an apocalypse’, with cars jamming the roads and general chaos as people escape the area. The fires are the worst the region has experienced in 10 years.