The 2012 Ford Focus ST station wagon has just been unveiled at the 2011 Frankfurt Motor Show. 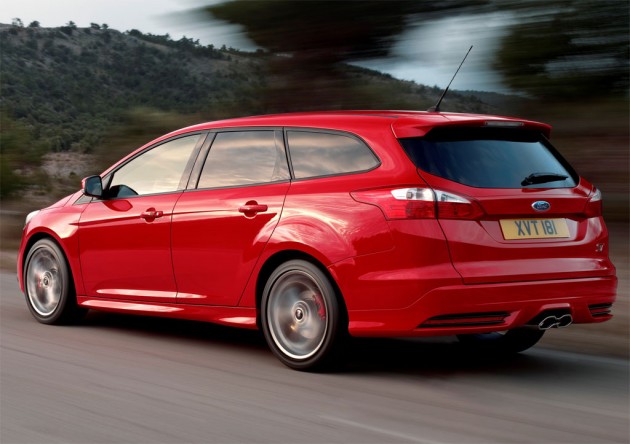 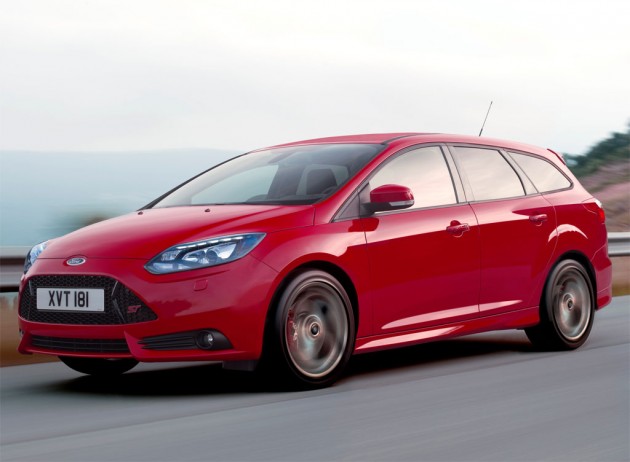 Don’t get your hopes up just yet Aussie station wagon fans. The five-door 2012 Ford Focus ST is the first ‘global’ performance car constructed by Ford (will be sold around the globe). While Australia is set to receive the five-door ST, replacing XR5, we will miss out on the station wagon variant.

The 2.0-EcoBoost engine develops 184kW and 360Nm of torque. Neither a top speed or a 0-100km/h time for the 2012 Ford Focus ST has been released by Ford at this stage, but it is looking to be a cracker of a little car.

The 2012 Ford Focus ST station wagon will share the same chassis as the ‘global’ five-door model; Ford promises it will offer the same handling attributes as the five-door model.

The 2012 Ford Focus ST station wagon will however use angled shock absorbers in the rear suspension so boot space won’t be compromised.

The new 2012 Ford Focus ST range will come with a whole range of acronyms: Electronic Power Assisted Steering (EPAS) and the Torque Steer Compensation (TSC) systems, the Enhanced Torque Vectoring Control and the Cornering Under Steer Control (CUSC) systems – all this is to help keep the car from torque steering, and understeering, helping to keep the car where the driver intends.

The 2012 Ford Focus ST is engineered in Europe by Ford’s Team RS and the Special Vehicles Team (SVT) in the United States.

The 2012 Ford Focus ST station wagon will be launched in Europe together with the five-door version early next year. Australia launch is set to take place some time next year as well.