Ferrari has pulled the wraps off its new 2012 Ferrari F2012 F1 car. Ferrari says it is all-new, with completely revised aerodynamic styling, suspension and chassis setup over the outgoing 2011 F1 car. 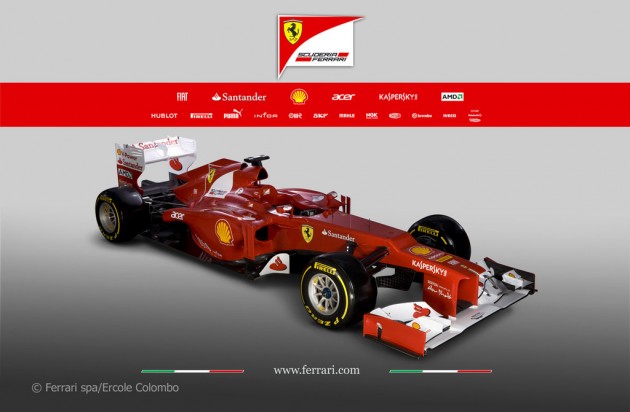 Upon initial inspection, we’re guessing you’re saying, ‘what is going on with that nose?’. It features a rather nasty-looking step down along the top edge. Ferrari says that it was implemented due to new rules and regulations which require a lower front section. Ferrari aimed to raise the front part of the chassis underneath for aerodynamic reasons, but the only way to keep the nose down was to include a step.

Other changes include revised sides and relocated radiators for improved safety, a new narrower lower rear section, slightly revised front and rear wings – still with DRS (hydraulically operated drag adjustability) at the back, relocated exhausts, and a remapped engine computer. On top of this, pretty much every aerodynamic surface has also been further honed for optimum performance. 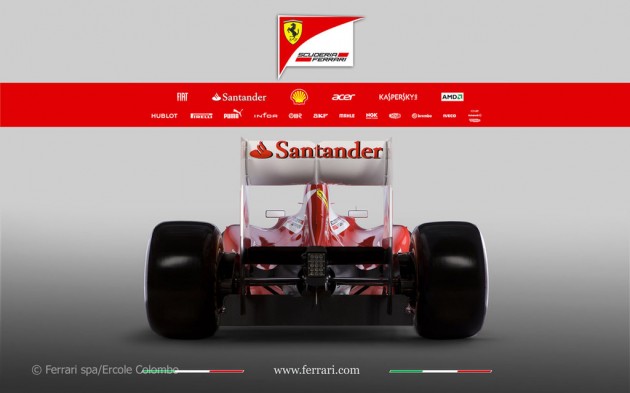 Another difference to the Ferrari F2012 F1 car from the 2011 version is a pull-rod suspension layout, at all four corners. The setup is used to lower the centre of gravity and allow for improvements in aerodynamic tuning. The F2012 car rolls on 13-inch OZ wheels.

The engine is a 2.4-litre V8, like last year’s unit, only some revisions have been made to improve longevity. Ferrari has worked on allowing the engine to maintain and hold its peak performance throughout its life. Life expectancy for each engine is now increased to around three races.

Some revisions have also been made to the KERS (kinetic energy recovery system) to reduce its weight. Overall weight of the Ferrari F2012 F1 car is around 640kg, including all fluids and the driver.

The 2012 Formula One season will kick off at the Australian Grand Prix on March 18.

Some more technical specifications are below: