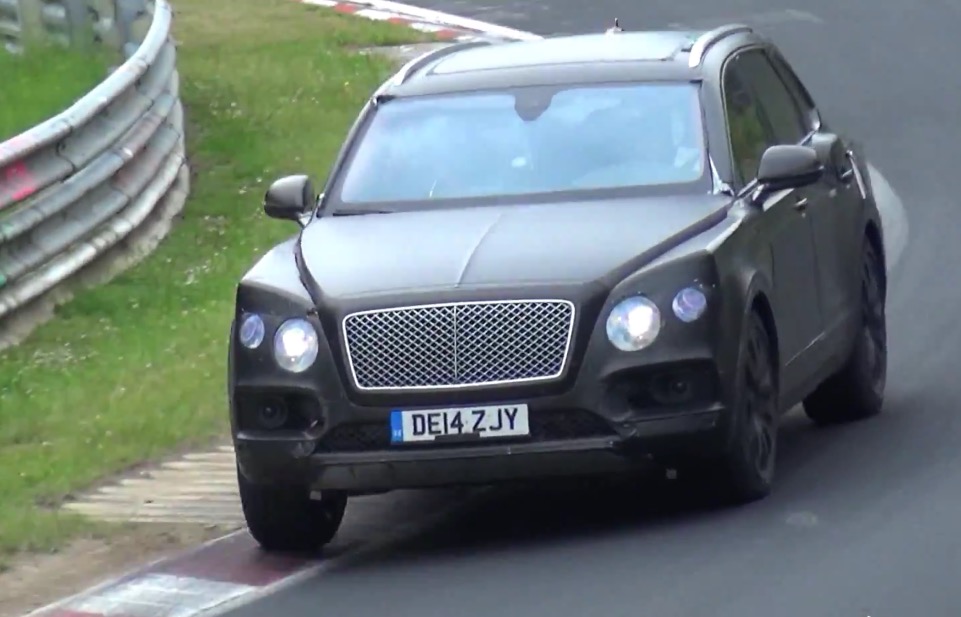 Bentley has been spotted once again fine-tuning the new Bentayga SUV out on the Nurburgring in Germany, pushing the big beast hard on the treacherous circuit. 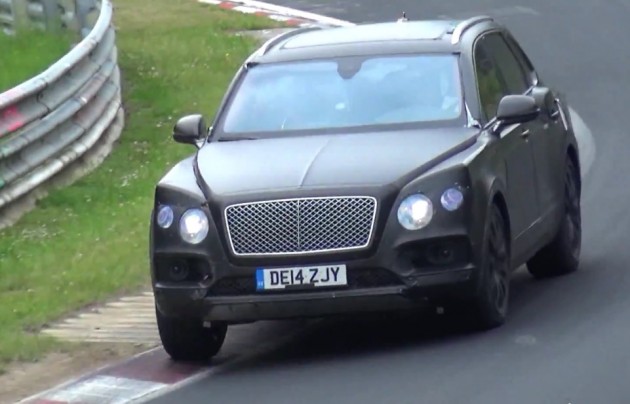 It’s interesting to see Bentley taking track testing so seriously. Not only are modern-day Bentley vehicles designed for pampering comfort, the Bentayga is expected to be quite good off road as well.

The vehicle will be based on the latest Audi Q7, and you can certainly see some resemblance on this prototype. There’s also a few Bentley-like styling cues, particularly around the front end with its trademark large grille, however, the prototype is wearing a lot of cladding and wears panels purely for camouflaging purposes.

Under the bonnet will feature, at least in the top-end variant, Volkswagen Group’s new 6.0-litre W12 TSI engine producing up to 447kW of power and 900Nm of torque. A 4.0-litre twin-turbo V8 may also be introduced as a lower-spec option.

Later down the track Bentley will offer a plug-in hybrid powertrain as well. Specific details and economy figures are yet to be revealed, however, Bentley says the option will arrive in 2017.

Production of the beast will commence in 2016, with a possible public unveiling taking place towards the end of this year or early in 2016. It will compete against the likes of the Maserati Levante and the Rolls-Royce SUV rumoured to be in the works. Click play below for a preview.