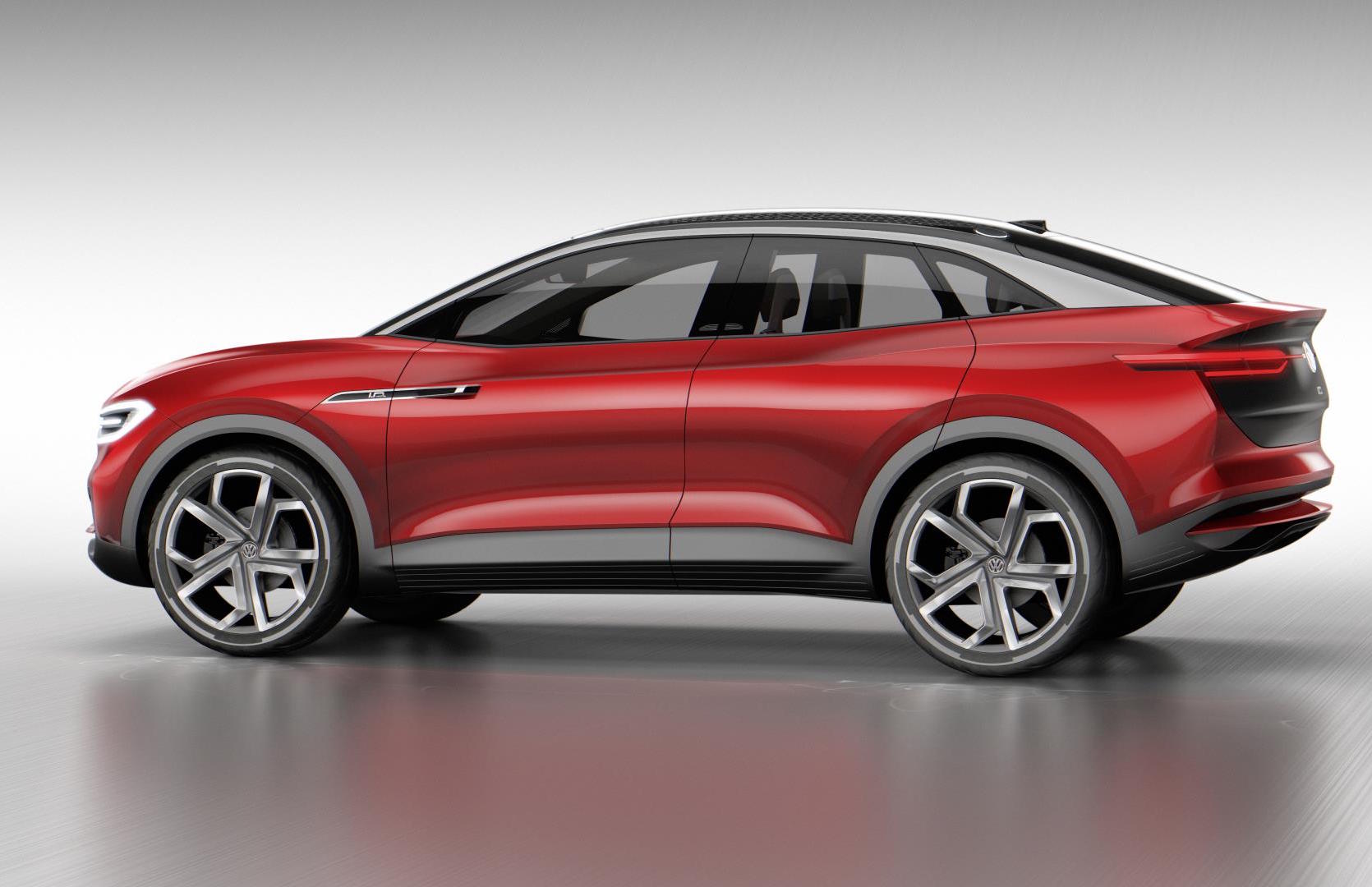 Volkswagen has revealed the next stage of its electric vehicle plans with the unveiling of an updated version of the I.D. CROZZ concept car, which has just made its debut at the 2017 Frankfurt motor show in Germany. 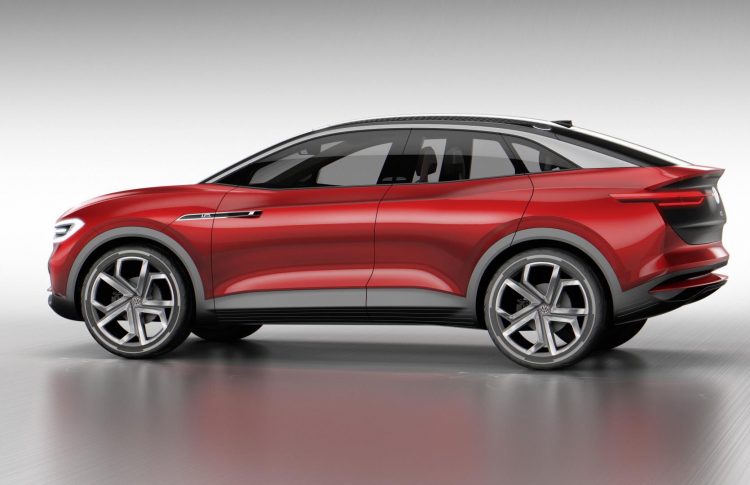 The company is having a go at the increasingly popular four-door coupe SUV segment with the CROZZ. It will inspire a production model which will fall into Volkswagen’s goal of introducing 23 electric vehicles by 2025, with this SUV set to arrive by around 2020.

For the update, Volkswagen has worked forward towards production implementation, with changes made to the front and rear ends, and a fresh coat of Hibiscus Red Metallic paint giving it a more striking look. The bonnet and the front guards are cleaner, while the LED headlights “point the way towards production”, VW says.

Power comes from a fully electric system, with an electric motor at the front and rear axle to create all-wheel drive. Output is rated at 225kW, capable of propelling the concept up to a top speed of 180km/h. The full-charge driving range is 500km, with recharging to 80 per cent taking just 30 minutes with fast-charging.

Volkswagen will launch three electric models from 2020, all part of the I.D. family. A production version of the BUZZ concept is coming in 2022, inspired by the original Kombi van. The group is investing six billion euros into electric mobility over the next five years to help realise the plans. Dr Herbert Diess, chairman of the Volkswagen Brand board of management, said:

“The Volkswagen Brand will be investing 6 billion euros in electric mobility over the next five years. Our task is to make modern technology available to many people. This is especially important in times of technological transformation. One thing is clear: The Golf of the future must once again be a people’s car!”