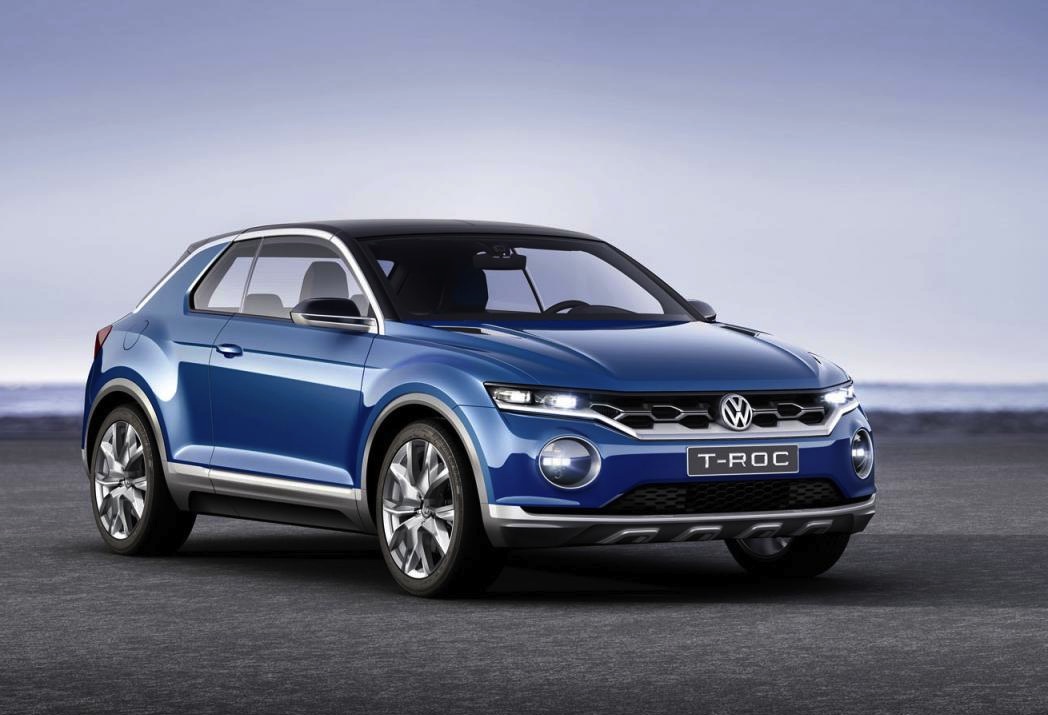 Volkswagen has unveiled the interesting T-ROC concept SUV just days before its public debut at the Geneva show. The concept shows off some unusual features, including a removable two-piece roof. 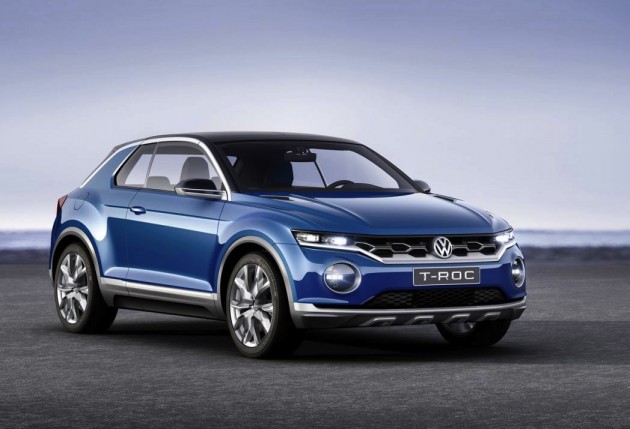 Based on the VW Group MQB platform, which also underpins the new Golf, the T-ROC previews a possible new SUV model of the future. It fits in beneath the Tiguan, offering a sporty character suited to energetic, city-living lifestyles.

Despite its readiness to venture off road, the 1420kg machine is quite quick on the tarmac. Acceleration from 0-100km/h takes just 6.9 seconds. It also offers a fuel economy rating of 4.9L/100km. 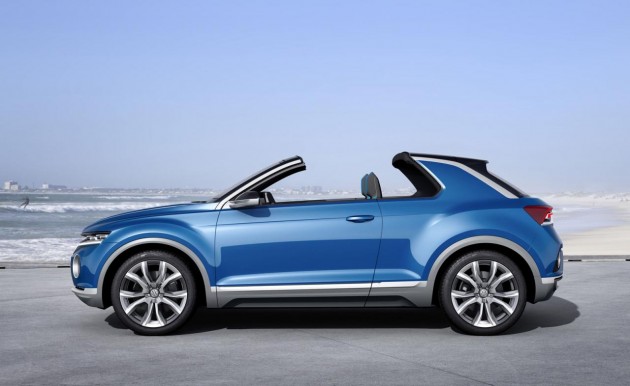 As mentioned, one of the interesting aspects to the T-ROC is the roof. It can be removed one panel at a time via a two-piece layout, split straight down the middle of the roof. It also features two doors, like a coupe, and front and rear cameras to help when navigating through tough conditions.

Although this exact layout and design isn’t likely to go into production as is, Volkswagen spoke about the new vehicle in a statement. He said,

“With the world premiere of the T-ROC concept car the Volkswagen brand is giving a preview of a possible SUV range. With the Tiguan and Touareg Volkswagen has in its model range two of the most successful SUVs of European origin.

“In the future, Germany’s largest car manufacturer will be expanding this spectrum appreciably with new models in a variety of classes. Coming up at the Geneva International Motor Show: the world première of the T-ROC, a Golf-format concept car positioned a step down from the Tiguan.”