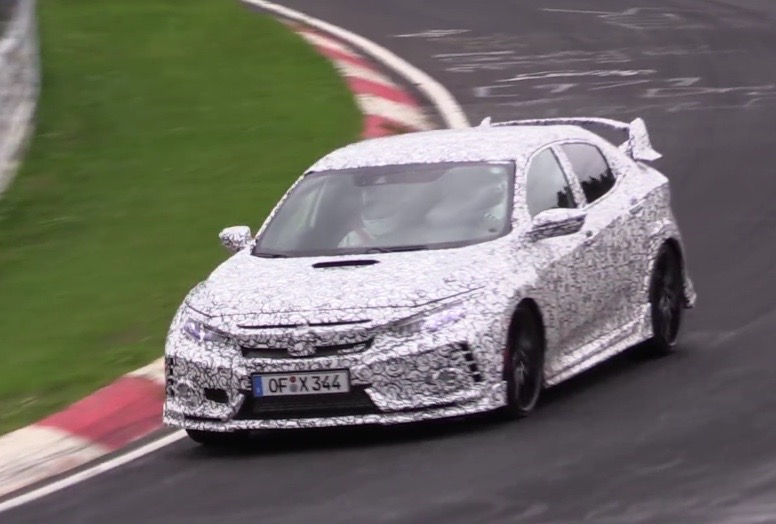 Honda has been spotted test driving a prototype version of the 2017 Civic Type R out on the Nurburgring. 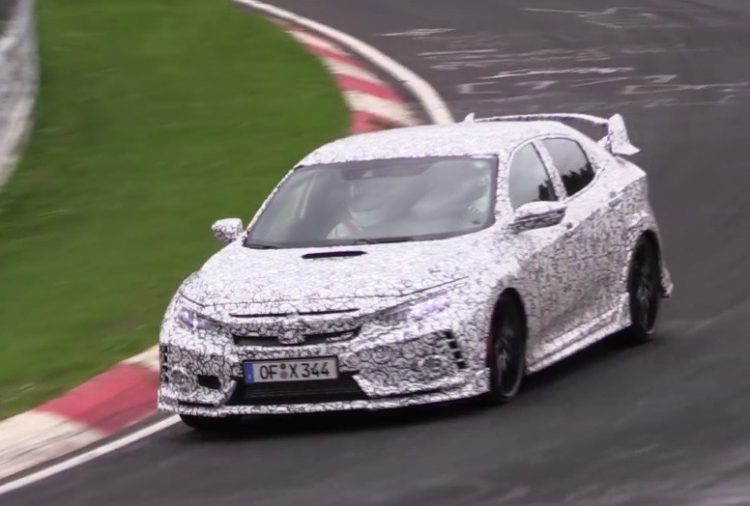 What’s so different about the 2017 model compared with the current super hatch? Well, for one, this is the model that’s set to eventually go on sale in Australia, following delays of the current version which was meant to be sold locally.

The current model, which is the first Type R ever to feature a turbocharged engine, only went on sale overseas in the later half of last year. It’s understood Honda has been making some refinements for the updated model to provide even better performance.

As you can see in the video below the new version will be based on the next-gen Civic hatch, sporting more defined panel lines, slightly flared wheel arches, and a sharp new front end incorporating a bonnet scoop for the first time.

It’s unknown if Honda is making any major changes to the potent 2.0-litre turbocharged engine under the bonnet. But with evidence of a new bonnet vent, some refinements are likely to be on the cards, with better cooling and possibly small increases in power and torque. The current version produces 228kW and 400Nm.

Honda set the Nurburgring lap record with the current Type R hatch, so it seems logical to assume it will be wanting to break a record once again with this updated version.

As far as we know Honda Australia is looking to introduce the mighty Type R in 2017, a short time after the NSX arrives – it looks like Honda’s showroom will become exciting once again? Click play below to see test drivers punishing the prototype at the ‘Ring.