A video has surfaced online showing the awesome new Pagani Zonda R Evo during its stints at the 2012 Goodwood Festival of Speed in the UK. 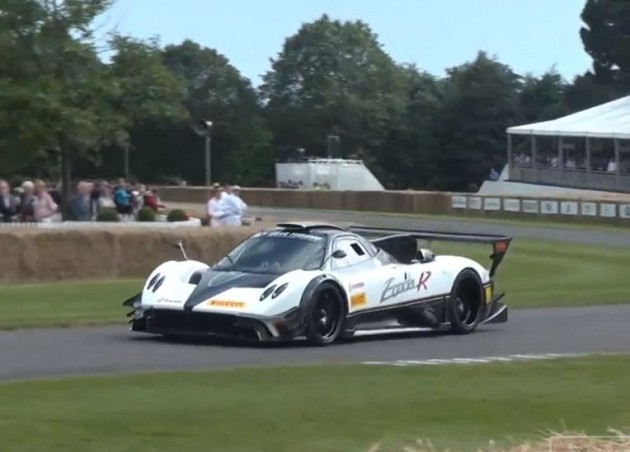 The Zonda R Evo is very special track-only edition of the already epic Zonda R. The Evo features revised aero parts over the normal R, and, according to word from the Festival, a revised version of the 7.0-litre naturally aspirated AMG V12 engine producing 800PS, or 588kW.

Official details and production numbers are still yet to be released. Click play on the video below to hear how incredible it all sounds.