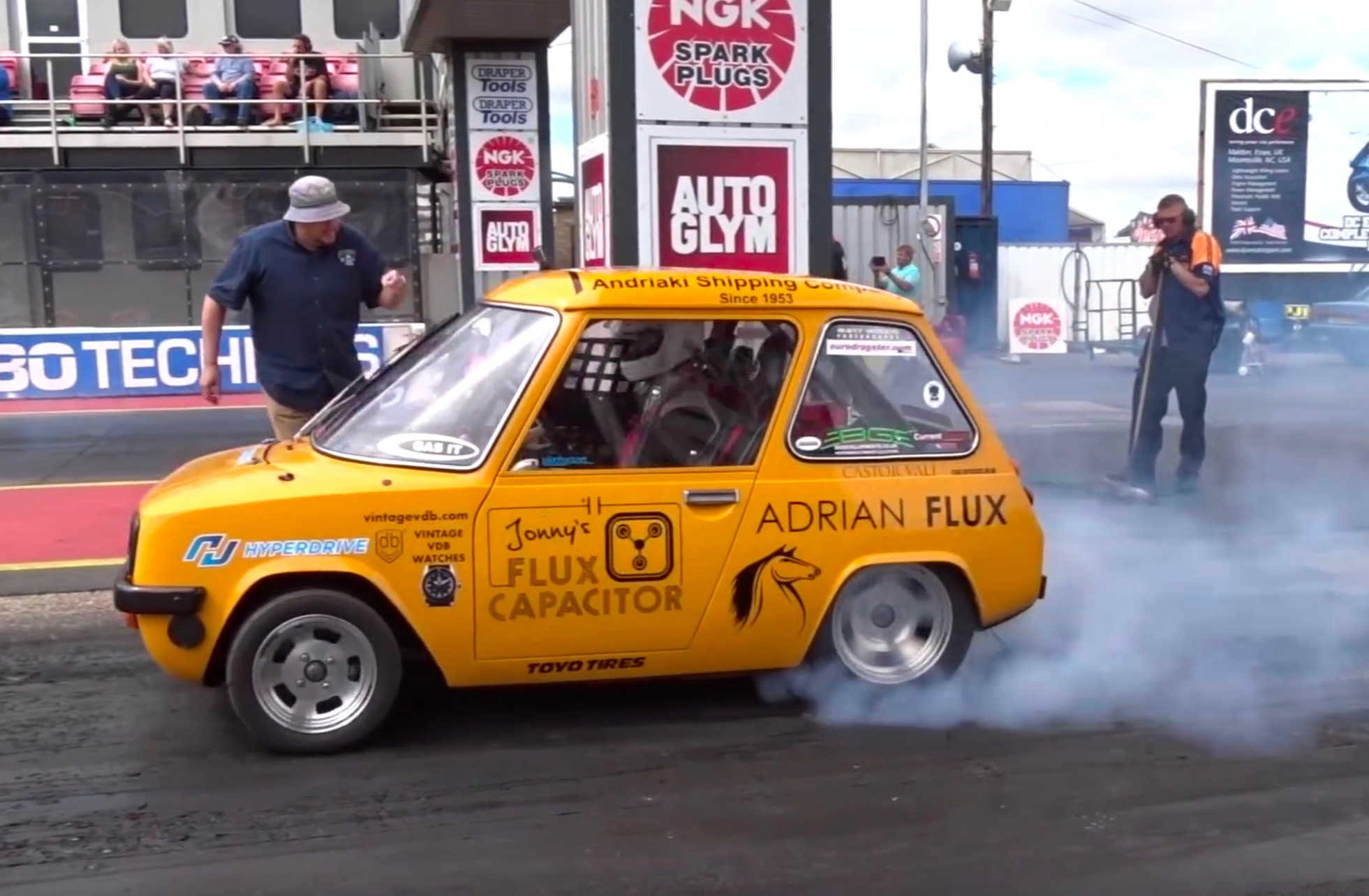 Thanks to cars like the Tesla Model S P90D with Ludicrous Mode, it’s now widely accepted that electric vehicles can be stupidly rapid. This is thanks to the electric motor, with one moving part producing all of its torque from 0RPM, as well as advances in wiring and battery tech.

Think you need a massive turbo or a hydrocarbon-choking big-block V8 to dip into the 9-second quarter zone? Bzzzt.

Enter Jonny Smith, former host of Fifth Gear (aka the other motoring show from the UK), who took it upon himself to achieve this with an Enfield 8000.

The 8000 was one of those early experimental electric city cars, built in small numbers with lead acid batteries. It managed 77km/h and a paltry 64km range.

When you add 188 military helicopter grade lithium-ion battery cells, some very serious 9-inch DC motors which cop 2000 amps and 4000 volts, then you get a flying, silent blur of 9.86-seconds at 195km/h. Very amusing considering the rubber stuffed under those rear arches and lumpy idles in the background at UK’s Santa Pod raceway.

We’ll leave you with Jonny’s own words and the video of a 2.8-metre long clown projectile.

“The car never feels like it is out of its comfort zone. To be honest I have disconnected the speedo, and just drive it by feel. You quickly forget how small it is when the lights go green. The instant electric torque delivery is something I have never experienced in over 15 years of driving and testing sports cars.”

Could this be the quickest street legal EV in the world?