Chris Harris has posted up a review comparison of the awesome Ford RS200 and the Audi Quattro Sport. These are the road-going versions of the famous Group B Rally cars. 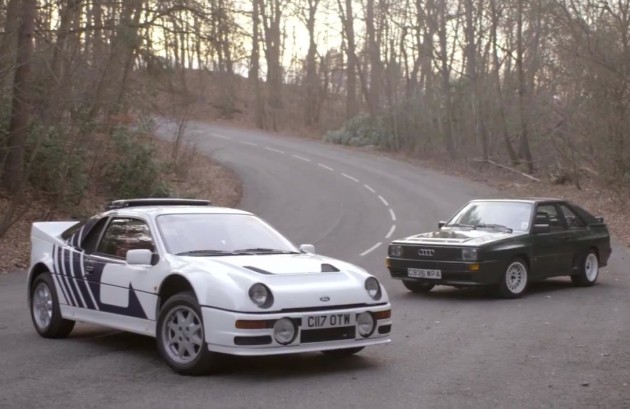 Group B Rally, for those who don’t know, was the World Rally Championship during 1982 to 1986. The series allowed manufacturers to literally go nuts in terms of aerodynamic performance, drivetrain and engine layouts, and of course engine power levels.

The Ford RS200 entered late in the series, and never really had the chance to shine before it all came to an end due to increasing safety issues with spectators. The RS200 used a 1.8-litre turbocharged (Garrett T3, 23psi) four-cylinder producing 331kW (450hp). During some stages, up to 800hp was said to be on offer.

Click play on the video below for a neat review of the road-going versions of these rally legends.