If you’re thinking of buying the new Ferrari F12, the replacement to the 599, but are worried that it might not be powerful enough, then perhaps you should get some medical attention, or at least consider this Wheelsandmore performance upgrade package. 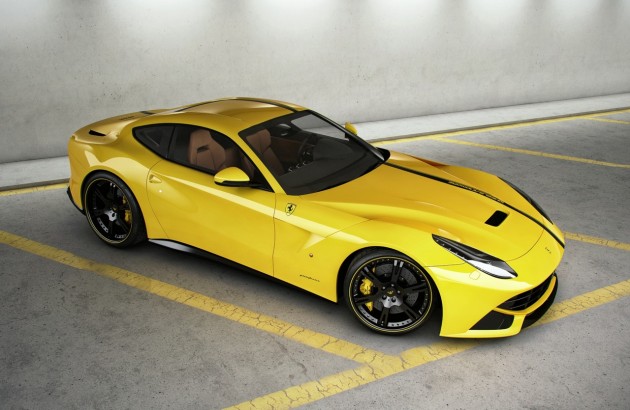 The F12 is the most powerful Ferrari road car ever made. It comes with a 6.3-litre naturally aspirated V12 producing a massive 545kW of power and 690Nm of torque. It’s a potent enough unit to send the F12 off from 0-100km/h in just 3.1 seconds.

Wheelsandmore, a German tuning company, has come up with one of the first performance upgrades for the striking new model, include styling enhancements as well as an engine tune to boost its overall insanity.

Starting with the mechanical stuff, the company has developed an ECU retune to allow the V12 to operate more eagerly. This, along with a bi-modal custom-made exhaust system with a remote control open/close function, increases engine power to 578kW. 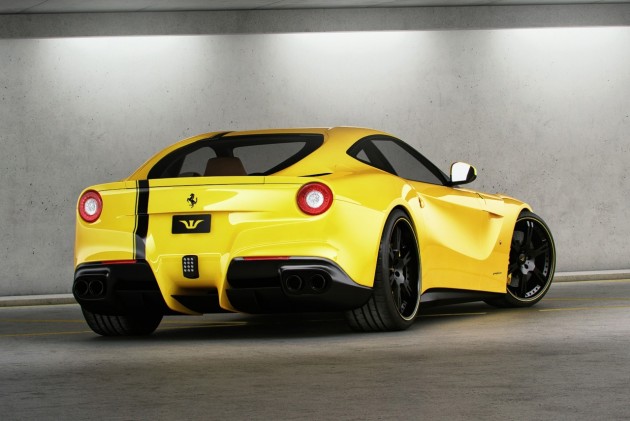 Further more, the suspension is lowered by 30mm using Wheelsandmore sports springs to help the F12 hunker down better in the corners, not that the F12 is a wallowy beast to start with.

As for styling, the performance upgrade includes a set of 6Sporz 22-inch alloy wheels, measuring 9.5 inches wide on the front and 12.5 inches on the back. These are wrapped in 255/30 and 335/25 tyres, respectively.

The company is still developing body extensions and replacement spoilers and so on, made from carbon fibre. As it stands, the bright yellow paint with contrasting black highlights sure does stand out.