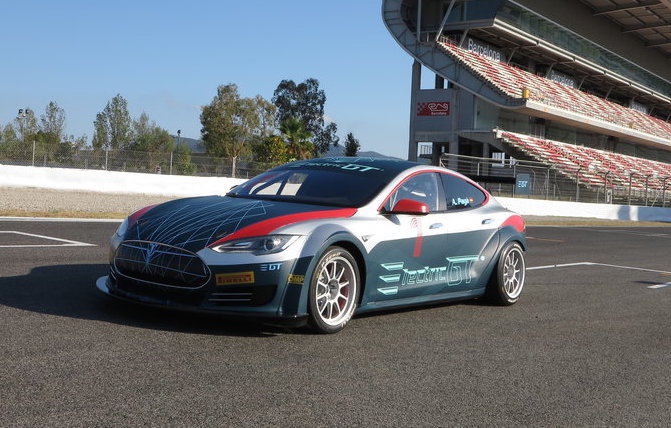 Tesla’s Electric GT entrant has been revealed, after the Silicon Valley-based manufacturer previously teased the race version of the world’s most popular electric luxury sedan.

Using the Model S P100D (world’s quickest-accelerating sedan) as the starting point, the car has been stripped of half a tonne of weight (500kg), which also included suspension upgrades, the addition of a roll cage and upgraded brakes.

These figures surpass those of the recently announced Lucid Air and Faraday Future 91, with both of those cars using the same 130kWh battery pack and the latter purportedly capable of 0-100km/h in 2.31 seconds.

The Tesla racer was unveiled at the 2017 Autosport International Show at the NEC Arena in Birmingham, UK. At present, Tesla is the only entrant in the Electric GT series. Check out the video below for the car’s unveiling.