Renowned motoring journalist and race car driver Chris Harris has recently posted up a video of himself doing a flying lap of the Nurburgring in a Mercedes-Benz SLS AMG ‘Gullwing’ supercar. 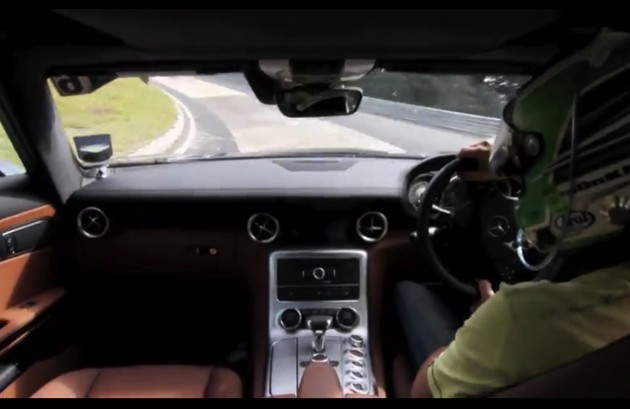 For those who are unaware, the Mercedes-Benz SLS AMG Gullwing was made to pay homage to the original Mercedes-Benz 300SL Gullwing and features a naturally aspirated 6.2-litre V8 engine producing 420kW and 650Nm.

Since the SLS AMG Gullwing is actually quite light in weight for this segment of car, tipping the scales at 1620kg, it’s able to smash the 0-100km/h sprint in under 4.0 seconds and go on to a top speed of 317km/h.

Click play on the video below for a demonstration of how the SLS goes. You also get a nice preview of what the awesomely crisp V8 engines sounds like.