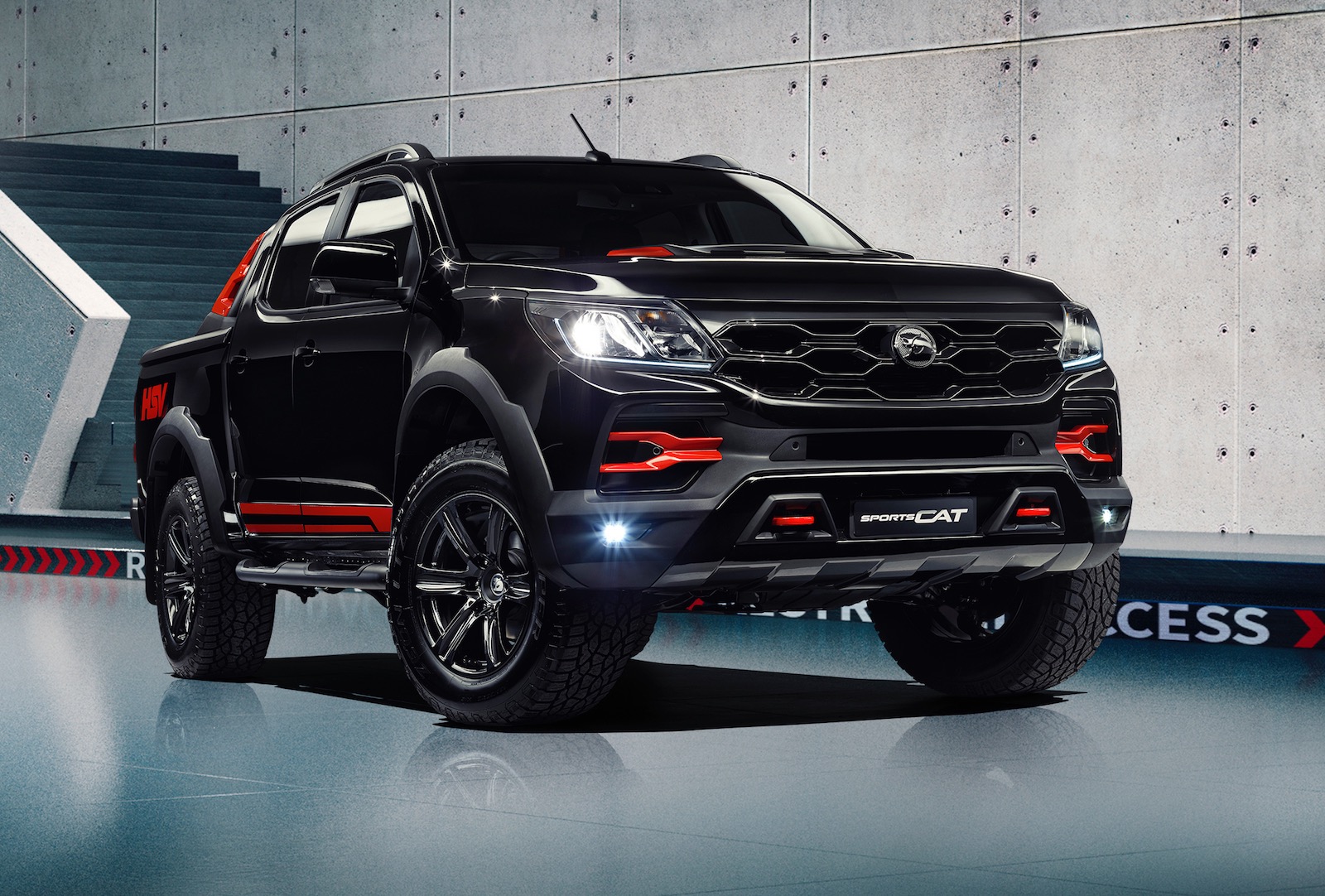 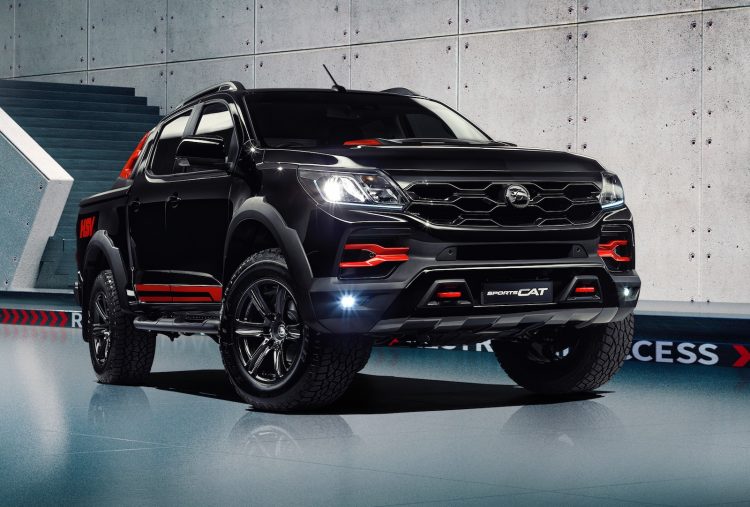 The HSV SportsCar R is based on the flagship SportsCat+, only it comes dressed in a sinister darkened theme. There’s a gloss black grille at the front, black 18-inch alloy wheels wearing Cooper Zeon LTZ Pro Sports tyres, while red highlights help provide some contrast. Splashes of red appear on the thick sports bar in the tray area, as well as on the body.

As standard, the SportsCat R comes with the otherwise-optional six-speed automatic. This is bolted to the 2.8-litre turbo-diesel four-cylinder engine from the Holden Colorado, that produces 147kW and 500Nm. Drivers can play around with Active Select, which comes as standard on the R.

Helping with driving dynamics and off-road performance is HSV-tuned sports suspension, with unique stability control and MTV damper settings. The wheel tracks are also widened and the ground clearance is increased for better off-road capability. Braking power can come thanks to a set of AP Racing four-piston forged front calipers, with 362mm discs available as an option. 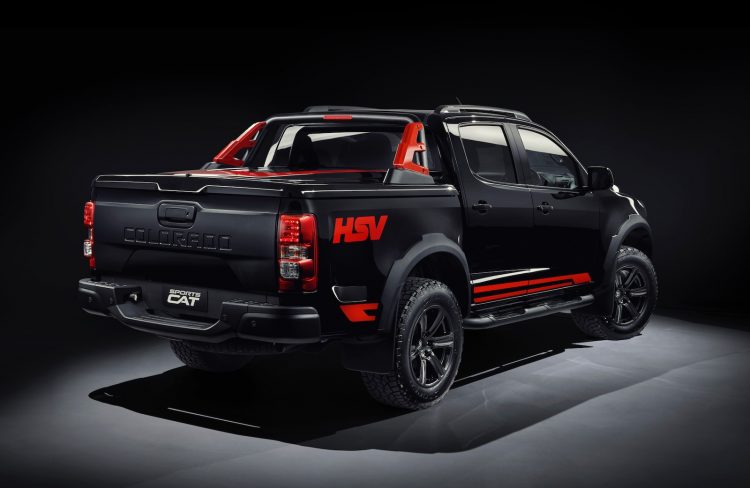 Inside, passengers are treated to premium SV Sports seats upholstered in Jasmine leather and Windsor suede. This trim extends to the instrument panel, and is held together with red contrast stitching. Some HSV floor mats complete the package.

HSV is offering just 100 examples of the SportsCat R, with 98 available in Australia and just two in New Zealand. Prices start at $65,990 (excluding on-road costs). Production commences this month.