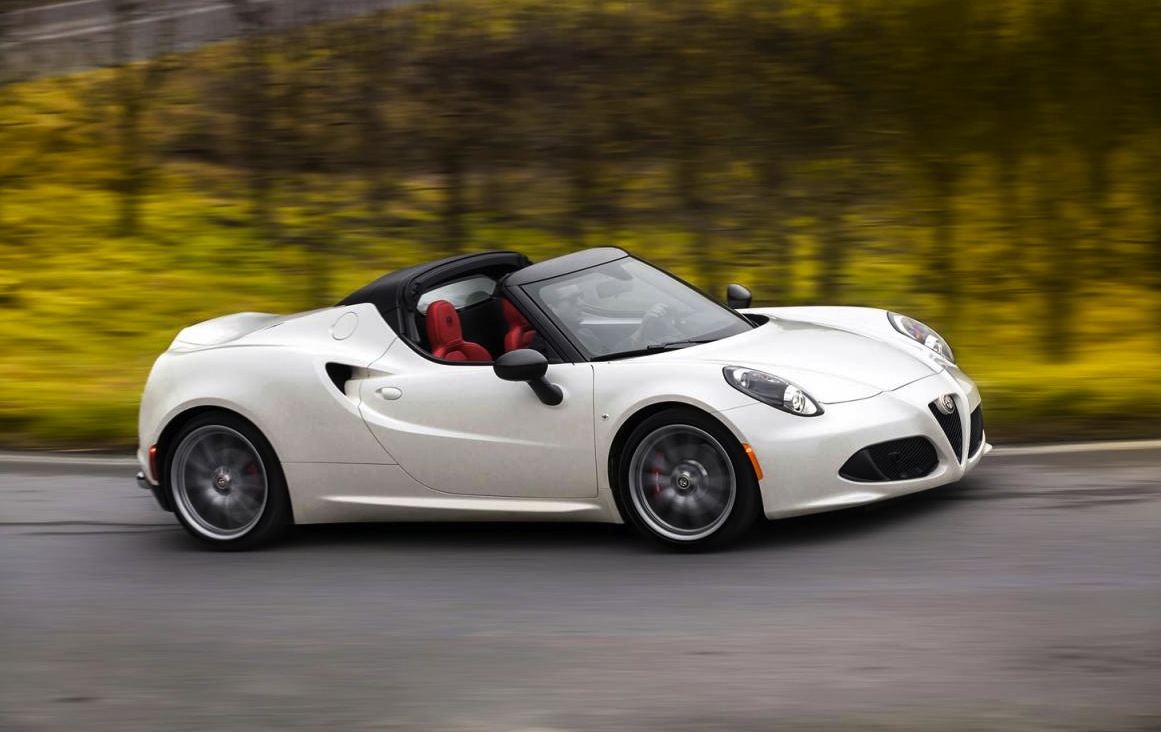 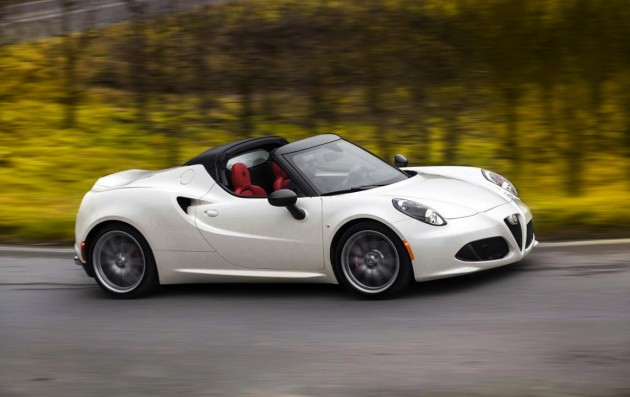 Based on the 4C, which is a mostly carbon fibre sports coupe, the Spider is still very light in weight. In fact, engineers have cleverly crafted the roof design so that the Spider weighs only 10kg more than the coupe. This was achieved through various weight optimisation techniques, including using 10 per cent thinner glass.

In the engine compartment sits the same 1.75-litre turbocharged four-cylinder engine producing 177kW of power and 350Nm of torque. It’s matched up to a dual-clutch auto transmission with rear-wheel drive. Acceleration from 0-100km/h comes up in around 4.5 seconds (0-60mph in 4.1 seconds), with a top speed of 258km/h.

Aside from the ability to remove the roof, what else does the Spider come with? There’s a fresh set of alloy wheels, including 17- and 18-inch items front and back, and optional 18/19-inch items. There’s also a new Giallo yellow exterior colour, and a unique carbon fibre windscreen frame.

To help the little Alfa bark out a sporting soundtrack the Italian company has called for the help of Akrapovic for the bi-modal exhaust system. It shows off central-mounted tips and carbon fibre surrounds. Reid Bigland, head of Alfa Romeo North America, spoke about the new model, saying,

“Adding to the excitement of the 4C Coupe, our all new 2015 4C Spider expands the brand’s product offering and continues our mission of building great Alfa Romeos. With a removable carbon fiber hard top the 4C Spider takes the Coupe’s supercar level of performance and technology and ‘opens it up’ allowing the driver to experience the incredible 4C from an entirely different perspective.”

The 4C Spider will go on sale in the US midway through this year. Meanwhile, on home turf, Alfa Australia is still yet to officially launch the 4C coupe.