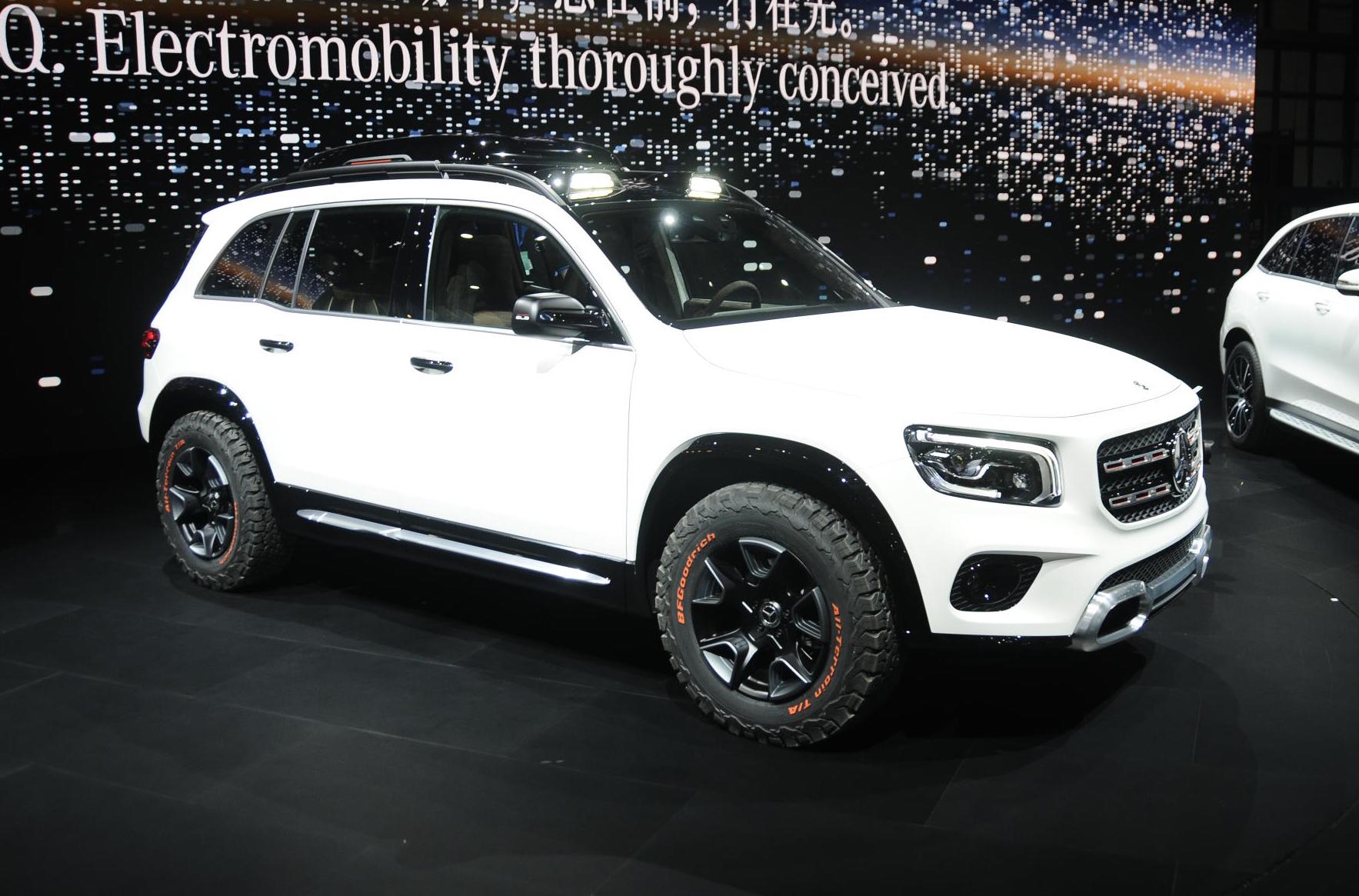 Mercedes-Benz could soon introduce a rugged SUV to sit somewhere in between the GLA and GLC. And the company is taking the idea quite seriously, today unveiling this Concept GLB at the Auto Shanghai 2019 event in China. 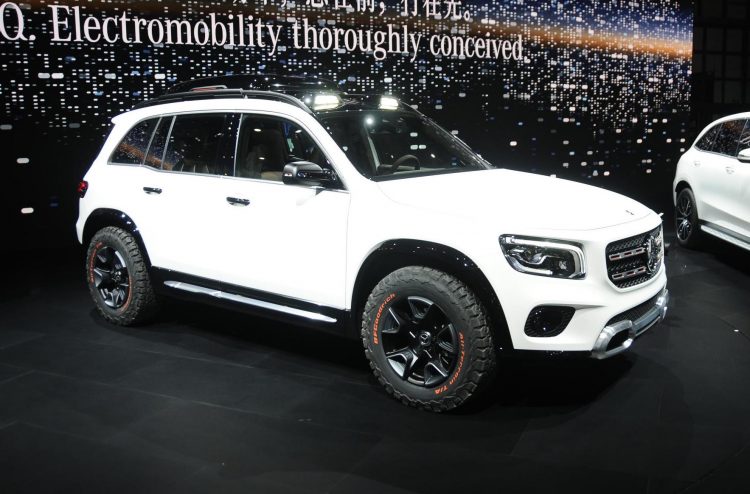 The Mercedes-Benz Concept GLB is a proposal for an all-new rugged small SUV. You could almost think of it as like a miniature G-Class wagon. At the front it’s chunky, showcasing protruding lower garnishes, an upright grille in the middle, and drawn-back LED headlights, all giving it a distinct off-road theme.

Around the sides you’ll notice the short front and rear overhangs to ensure excellent clearance during off-roading, with muscular wheel arches accommodating 17-inch wheels that are wrapped in aggressive all-terrain tyres. At the rear it kind of looks like the GLC, only with updated taillights and twin exhausts poking through a multi-tone diffuser element. 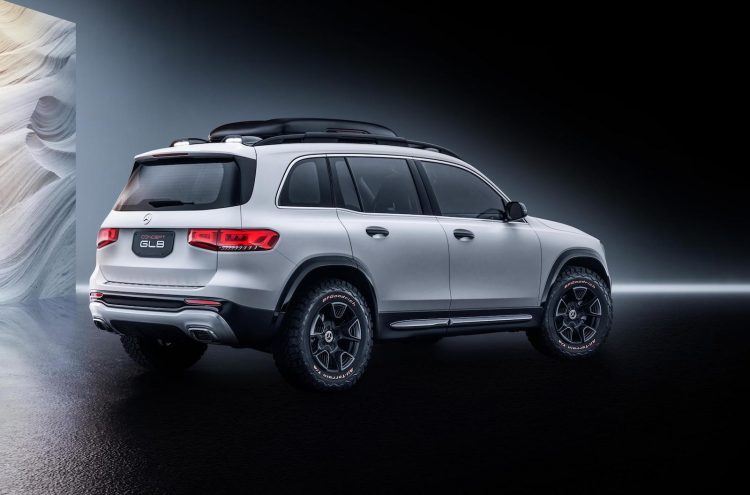 Other highlights include a thick roof rack and integrated light bars, as well as designo cashmere white magno paint for the panels, with gloss black for some of the cladding and mouldings. There’s also some discreet orange highlights around the front end, and stainless-steel-look air intakes with a chrome protection under-panel.

The Concept GLB measures 4634mm long, 1890mm wide, and stands 1900mm tall, while riding on a 2829mm wheelbase. This makes it 22mm shorter for length than the current GLC, but it stands 261mm taller. It also shares the same width as the GLC. Despite being a touch smaller, it does feature three rows of seats inside. 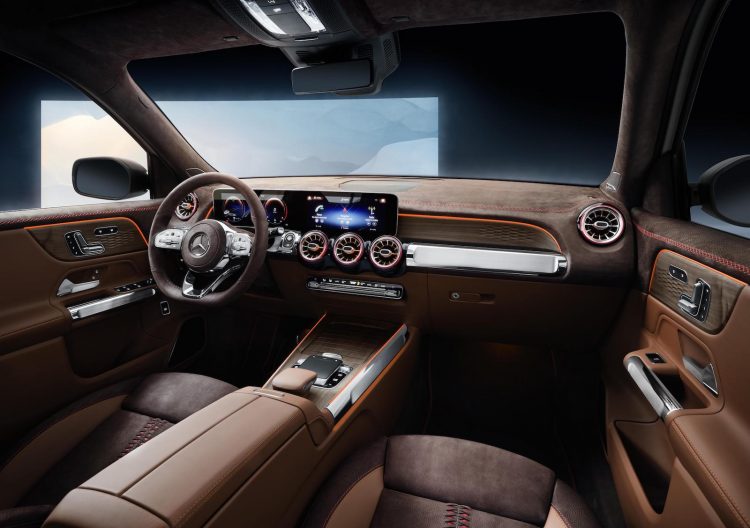 As for the powertrain, in concept form the engine is the ‘M260’ 2.0-litre turbo-petrol four-cylinder that produces, in this case, 165kW and 350Nm. It’s matched to an 8G-DCT eight-speed dual-clutch auto transmission. We’re not sure a dual-clutch auto is the best thing for off-roading, however, the concept does come with 4Matic all-wheel drive that offers a variable front-to-rear torque split.

Although there are no definite plans for production of this concept as it stands, Mercedes is certainly hinting towards that way. It says customers appreciate the varied SUV range in the showroom, with over six million Mercedes SUVs sold to date. During 2018, SUVs were the strongest segment for the brand. Britta Seeger, Daimler board member responsible for Mercedes-Benz Cars sales, said:

“We asked ourselves whether there is still space between the GLA and GLC in our successful SUV range. The Concept GLB is the answer to this question. With it we are demonstrating the creative ideas we have for this segment, too.”