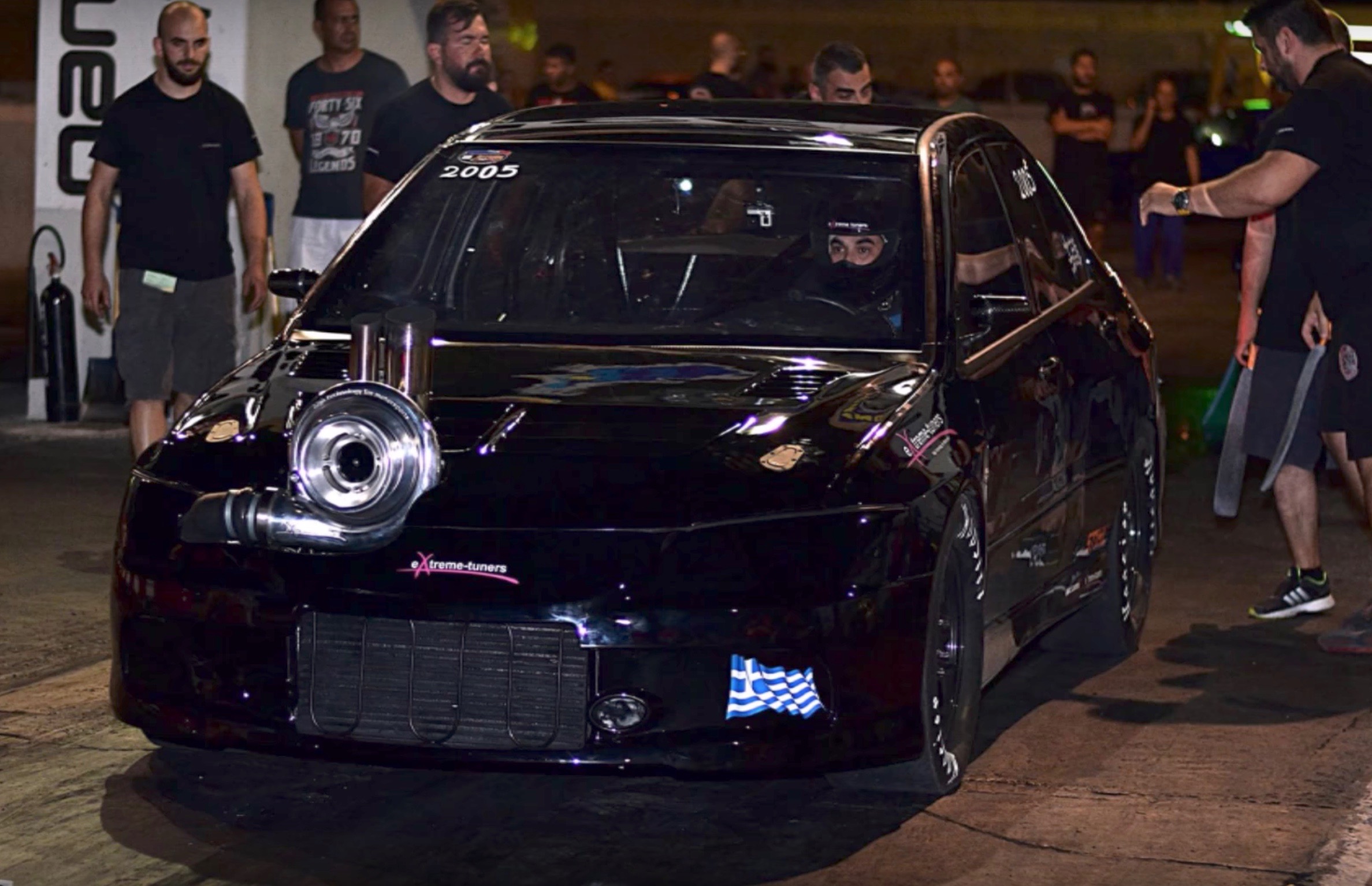 How fast is your Mitsubishi Lancer Evo? We bet it’s got nothing on this crazy thing. Check out the size of that turbo, for starters. 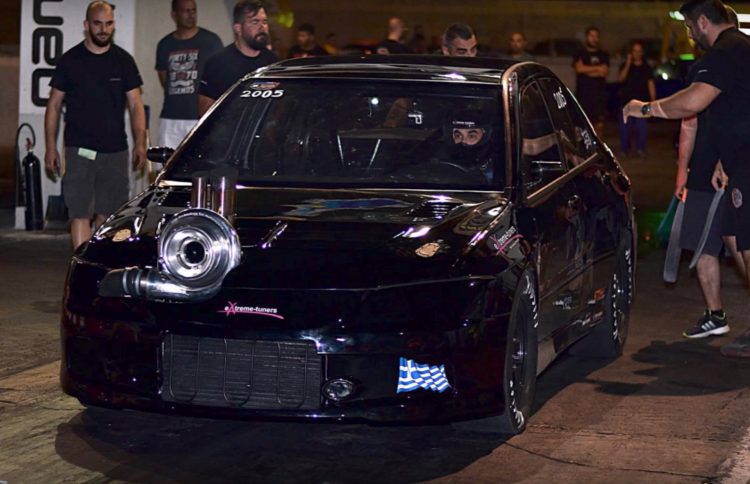 Here we have perhaps the most insane Evo ever made, in the world, ever. It’s a project built by a Greek firm called Extreme Tuners. Well, it’s certainly living up to its name with this one.

It started out life as a humble Evolution IX. Most of the 2.0-litre turbocharged four-cylinder engine has been thrown away though, including the crank which has been replaced by a special item that de-strokes the engine capacity to 1.8 litres. Why would anyone want to reduce their engine capacity?

It’s all in the hunt for revs. Let us try and explain. Most factory vehicles uses what’s commonly known as a square or undersquare combustion chamber, which means the piston travels up and down as far (or further, particularly with diesels) as it is wide (bore). To obtain sheer revs you need the piston to travel a shorter distance up and down while still maintaining a wide bore for combustion. This is known as oversquare.

To get back to the Evo at hand, this reduction to 1.8 litres helped Extreme Tuners to rev the little four-banger out to 13,000rpm. Add a massive turbocharger – so massive it doesn’t even fit under the bonnet – and you’re left with huge revs multiplied by big torque. What’s that equal? Power.

At a recent drag meet the team ran the quarter mile in a devastatingly quick 7.884 seconds at 298.71km/h, setting a new world record for an Evo 6/7/8/9-series model. Check out the video below. It sounds like a freakin’ superbike.