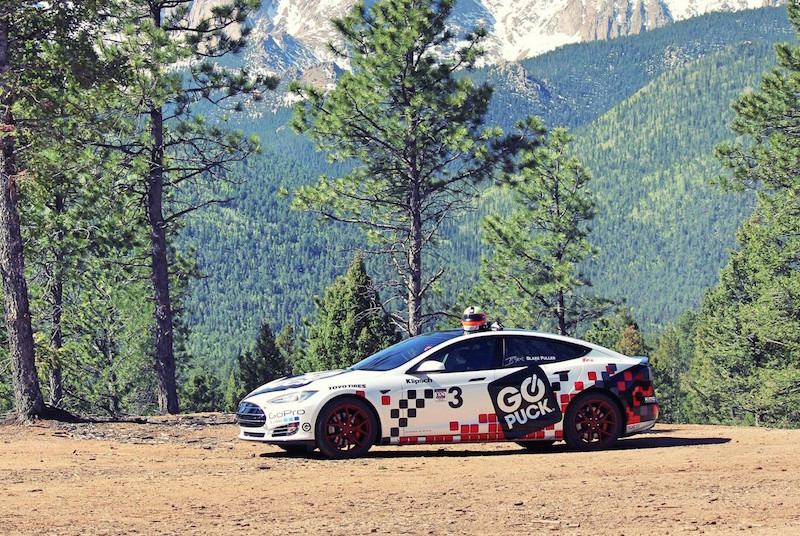 A Tesla Model S has taken on the 100th annual Pikes Peak hill climb event, setting a new record in the process. 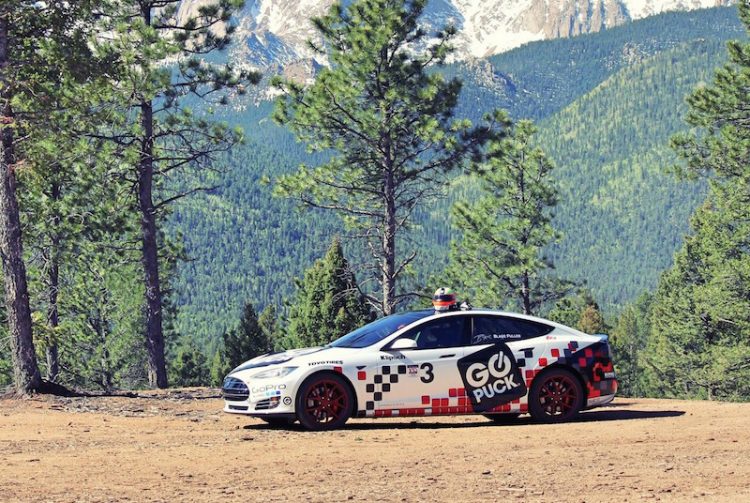 Blake Fuller, owner of Go Puck and Braille Battery, was behind the wheel of the Tesla and completed the 20km course in a time of 11 minutes and 48 seconds, smashing the previous record by no less than a minute.

The Model S in question wasn’t completely stock aside from being fitted with a lightweight battery pack, and a roll cage. Despite this, it competed in the Electric Production class rather than the Electric Modified class.

The previous Electric Production class record was held by Roy Richards, who completed the hill climb in 12 minutes 55 seconds. The Electric Modified class record was set last year by Rhys Millen in 9 minutes and 7 seconds, while Sebastien Loeb’s 2013 record-setting pace in a Peugeot 208 still stands as the overall record holder.

The event features no co-drivers, so the onus is on the driver to memorise each of the 156 corners as they strive to be the fastest driver to “race to the clouds”, as the organisers put it.

Pikes Peak is celebrating its 100th year in 2016, with the hill climb now taking place entirely on tarmac. 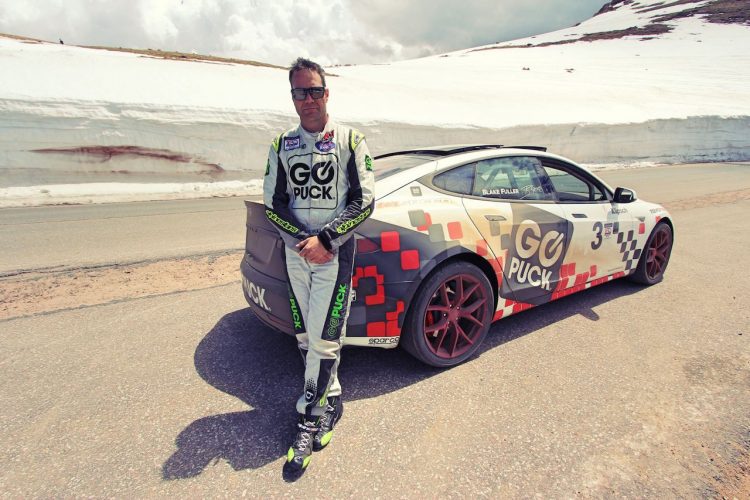