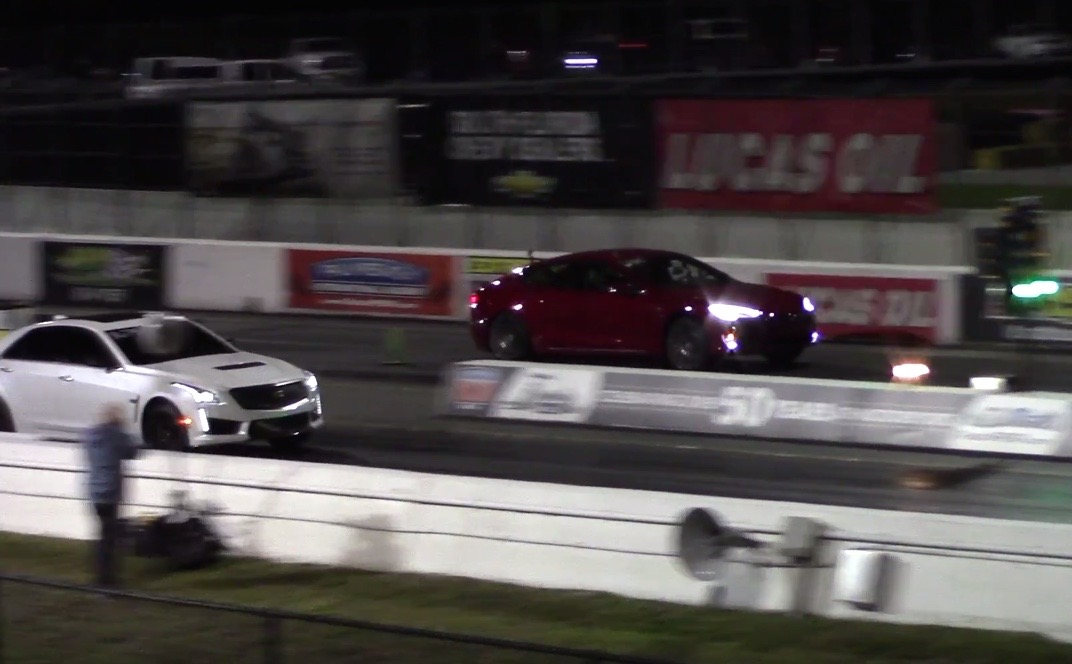 A new quarter mile record has been set by the Tesla Model S P100D, decimating its already jaw-dropping former record and chopping a 478kW muscle sedan in the process. 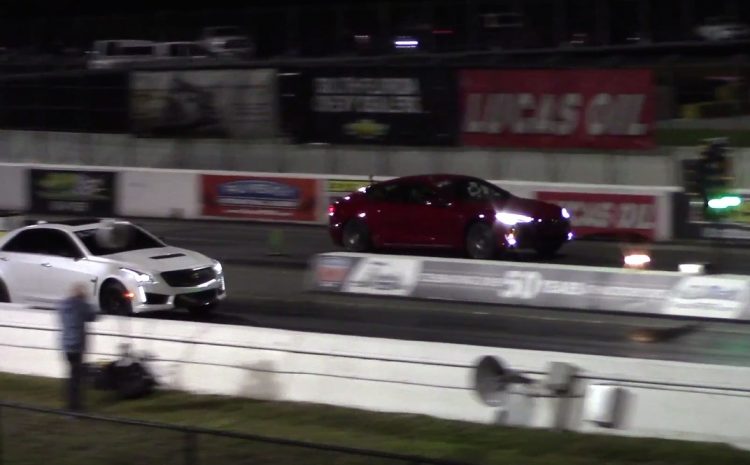 As for the muscle car it goes up against, it is none other than the Cadillac CTS-V; a 6.2-litre supercharged V8 Yankee brawler with a velvet tuxedo to help it do battle with the likes of M5 and E 63. It is no slouch itself, as you can see in the video.

The Ludicrous Plus mode was announced recently as an over-the-air update for the Tesla Model S and Model X, which recently received the 100kWh battery pack.

LP mode unleashes another 24kW of power, or a Tata Nano’s worth to boost acceleration. Best of all, wet weather does not affect the performance. Check out the video below.